The video shows a woman flying out of the front door with a butcher knife and stabbing the officer without warning. 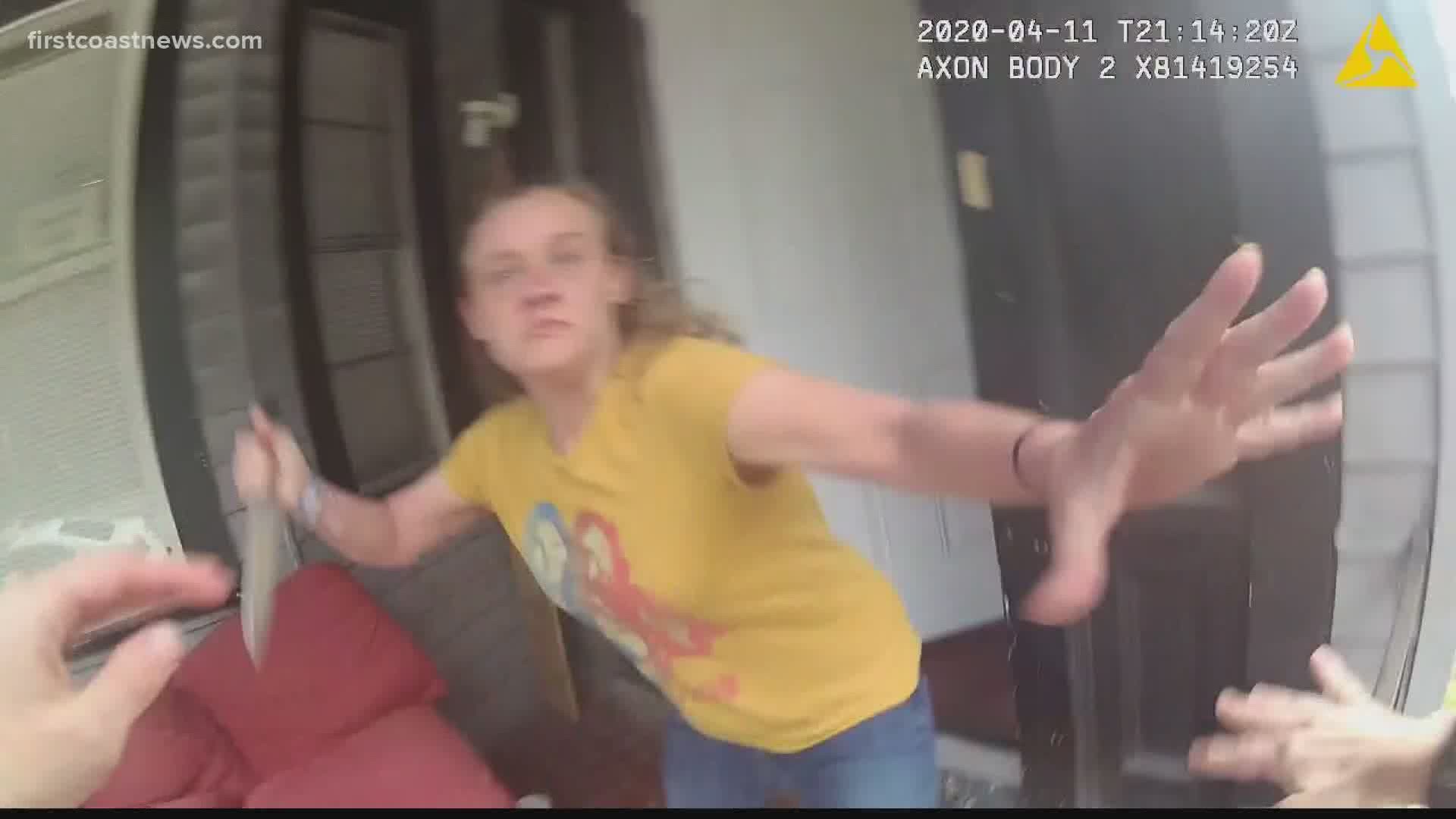 Nelson has been working on the policy since June in response to Black Lives Matter protests and increasing demands for transparency.

She says within 30 days of an officer-involved shooting, her office will make a determination as to whether the body camera footage is releasable and will notify the Jacksonville Sheriff's Office. Nelson said the sheriff has agreed to release the footage promptly at that point.

The announcement comes days after her office deemed 14 officer-involved shootings “justifiable under Florida law.” The determinations mean any body camera footage that exists in those cases becomes public record.

First Coast News has requested that footage, and late Tuesday, the first of the videos became available.

It shows the shocking moment when Jacksonville Sheriff’s Officer E. Meckling is stabbed with a butcher knife after responding to a dispute the day before Easter in the 1300 block of Golfair Boulevard. (Police later reported the disturbance was an argument between Baker and a roommate over medication.)

Within moments of knocking on the door, Leah Baker comes flying out of the door with a butcher knife and stabs Meckling in the arm.

Although Baker threw down the knife when Meckling commanded, she refused to lie on the ground and instead dove toward the knife. Meckling fired several rounds, but Baker kept coming. A second officer, Sgt. JS Nobles, who just happened to be in the area, also fired multiple shots at Baker.

But she continued to ignore police commands for several minutes and even began punching the police K9 sent in to subdue her. “Stop fighting my dog,” the handler yells. “Somebody taze her,” instructs another officer.

Eventually, she is handcuffed and placed in an ambulance. Baker was later pronounced dead at a hospital.