Nesting season begins! How you can help save local sea turtles

Sadly, many of the obstacles that can be detrimental to the survival of sea turtles or their hatchlings are man-made, but there are things we can all do to help their survival. 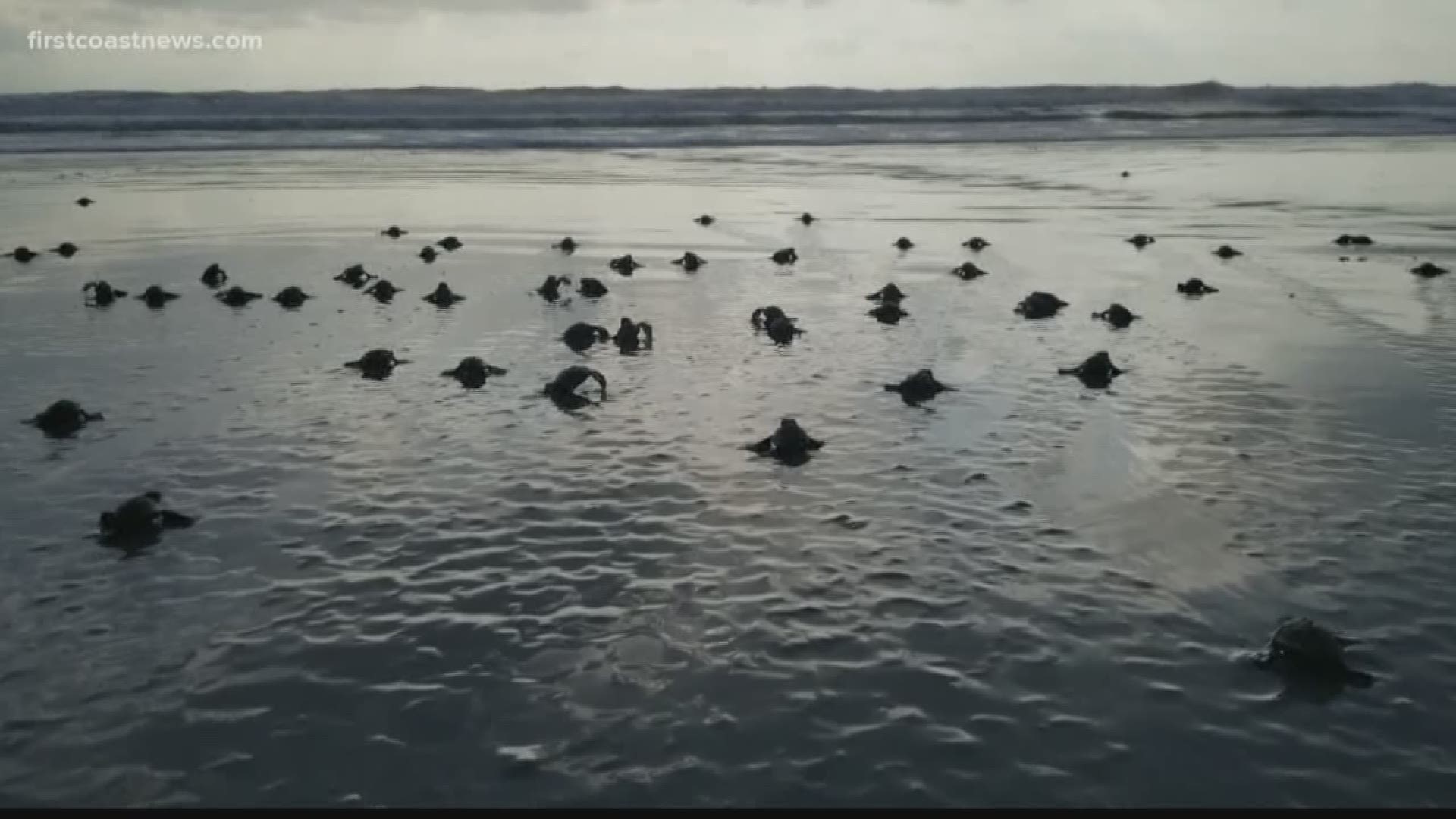 JACKSONVILLE BEACH, Fla. — May 1 is the first official day of sea turtle nesting season. There is something so beautiful and serene about watching hatchlings make their crawl for the water’s edge.

But this time also makes it a very vulnerable time for sea turtles and the hatchlings.

Getting to the water can be treacherous for the hatchlings and the adult female sea turtle. Many of the obstacles are man’s fault, like not filling in the holes dug at the beach.

Kevin Brown with the Beaches Sea Turtle Patrol says one of the worst situations he’s seen was a turtle that got stuck all night on her back.

"We had one get in a 4-foot hole in Jacksonville Beach," Brown said. "Found her, rescued her and put her back in the water."

Had she not been found by the patrol, she would have died.

The holes are also a danger for new hatchlings trying to make their way to the ocean. So, his advice: Fill in those holes.

Also, pick up your trash. Brown has seen turtles with plastic straws stuck in their nose and turtles that have died from ingesting plastic.

"They do not know the difference between a plastic bag and a jellyfish and the ghost gear, the gear left over from fisherman, that can wrap around a fin and do some real bad damage," Brown said.

Basically, leave the beach the way you found it, he said.

If you happen to see a turtle coming up onto the beach to lay her clutch of eggs, resist the urge to get near and take a picture. You could scare her back into the water. It is also against the law to disturb a sea turtle or its nests.

If you see a turtle that is injured or is nesting call the Florida Fish and Wildlife Conservation Commision's wildlife alert hotline at 888-404-FWCC (3922)  or the Beaches Sea Turtle Patrol 904-613-6081 (Atlantic, Neptune and Jacksonville Beach) and they will usually send someone down to keep people back.

Last year, there were only 45 nests the Beaches Sea Turtle Patrol found, so every single one is vital.