Garrett Davis and Keaton Carnley were killed in a car crash in April while trying to turn left into their neighborhood. 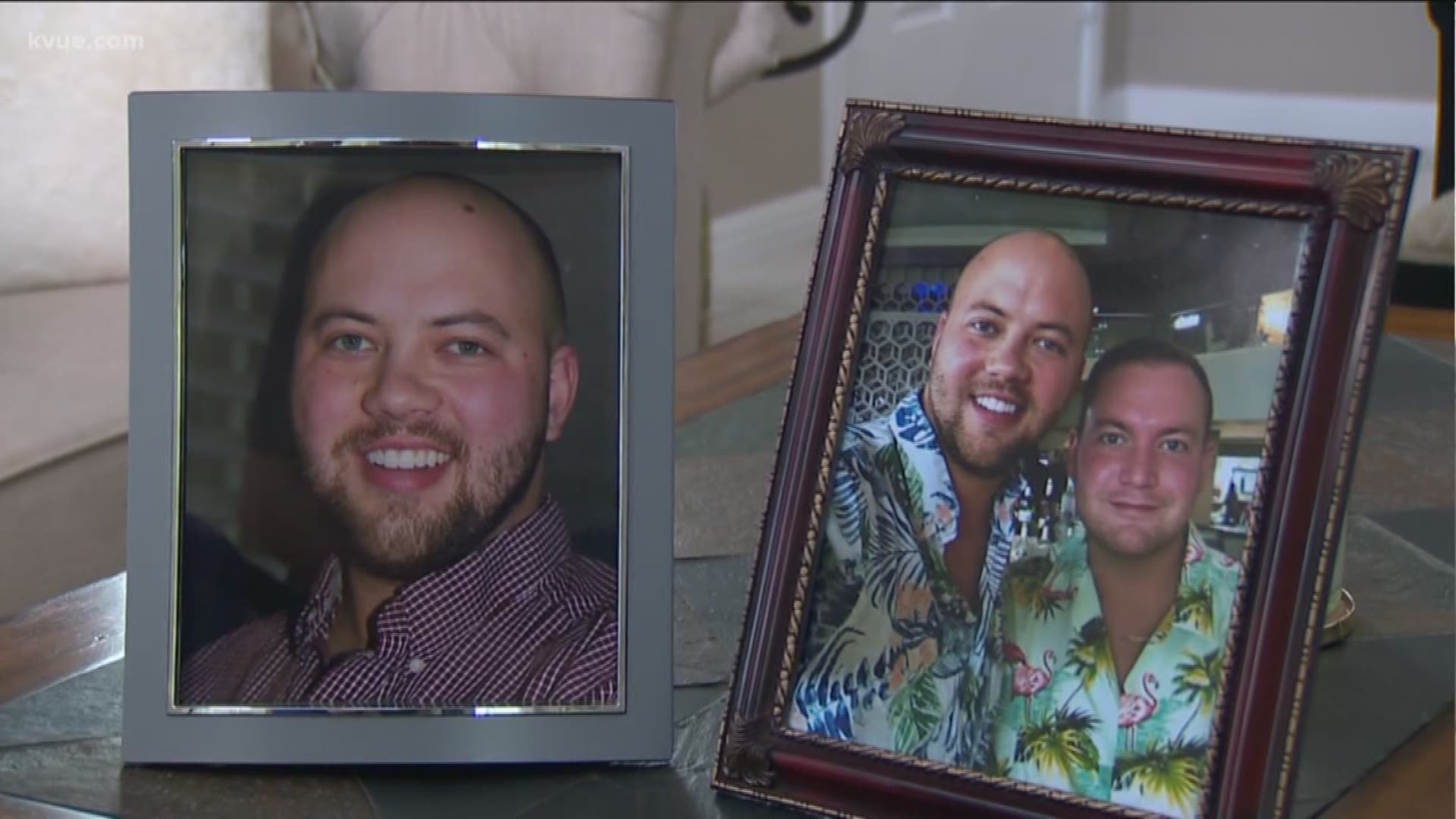 AUSTIN, Texas — Family members of the people who died in a recent fatal crash on Slaughter Lane want to see a change to a specific part of the road: the crossing between the Still Waters apartments and The Ridge at Slaughter, which is less than a mile east of Interstate Highway 35.

Garrett Davis and Keaton Carnley, both 27, died in a car crash at the crossing in April.

According to police, Garrett and Keaton were driving back to their home at The Ridge at Slaughter. When they tried turning left to get into their neighborhood, a truck hit their car.

Their families said they had been together since 2012. Their families are hoping safety improvements can happen at the crossing where the crash happened.

Drivers on the road who want to enter either neighborhood at the crossing have to cross three lanes of traffic, depending on which way they're coming from. Another concern is that the hill just before the crossing can potentially impact visibility.

"And there's a hill and so visibility, especially at night, is really concerning," said Lauren Thomas, Keaton's sister. "I just would like for the speed limit to be reduced and for there to be a light or something there that slows people down because of that hill."

Drivers caught up in crashes at intersection of Interstate 35 and U.S. 183

Garrett's sister, Kara Davis, said any improvement to the road is needed.

"I would take anything – a stop sign, a stoplight, just something … something needs to change," said Davis. “There’s a big hill right as you’re supposed to be turning in and you can’t judge the speed of other people coming up that hill – you just can’t tell."

Ken Michaels, the board president at The Ridge at Slaughter, said neighbors at the complex also want to see change.

“125 units reached out to 311 but we haven’t heard anything back," said Michaels. "As a community, we want everyone that lives here to be safe, first of all.”

The City of Austin Transportation Department said safety and mobility improvements are planned for Slaughter Lane as part of the 2016 Mobility Bond.

A spokesperson with the department told KVUE that the existing lanes east of I-35 will be re-striped up to Thaxton Road, saying it will provide safer left-turn access on and off of Slaughter Lane.

The department also said ADA-compliant sidewalks, as well as bike lanes, will be added to Slaughter Lane between I-35 and Vertex Boulevard, and a new traffic signal is planned for installation at Slaughter and Old Lockhart Highway. A pedestrian hybrid beacon is recommended for Slaughter Lane near Narrow Glen Parkway.

The Slaughter Lane Corridor Mobility Plan can be found here.