Jacksonville City Councilman Matt Carlucci said the deadline for negotiations to end was June 30, 2020, but nobody noticed until Tuesday. 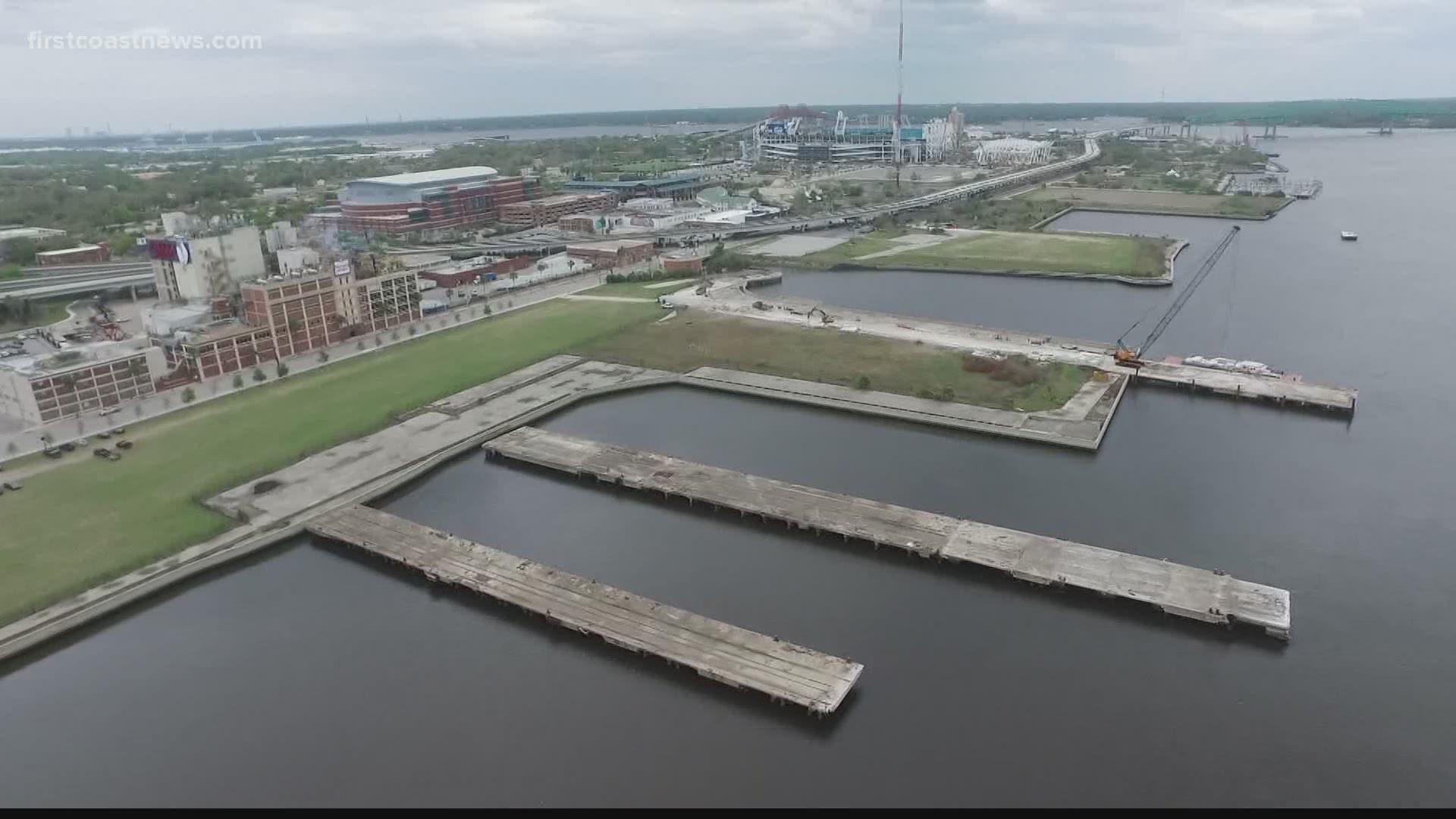 JACKSONVILLE, Fla. — Plans to develop Jacksonville's Metropolitan Park and the old Shipyards land along the St. Johns River have reset after negotiations between Jaguars owner Shad Khan's investment firm and the city expired.

The property, which runs adjacent to Bay Street next to TIAA Bank Field, had been targeted for development by Iguana Investments, Khan's firm, along with the expected Lot J development across the street.

Jacksonville City Councilman Matt Carlucci said he was going through documents related to negotiations between the city and Iguana Investments when he noticed a June 30 deadline for negotiations to conclude.

"I found a letter of an extension of negotiations with Iguana, and it said as of June 30, 2020 that extension would be up," Carlucci said. "Nobody knew."

After finding the deadline, Carlucci said he relayed the information to city staffers involved with the negotiations.

"I'm not sure the right hand knew what the left hand was doing," he said, referring to the dynamic between the Downtown Investment Authority (DIA) and the mayor's office in negotiations over the development. "It shows a lack of drive, of enthusiasm for our city. I think [the DIA] just needs to be able to do their job."

"It is not uncommon for awards to expire and new dispositions to be issued and we will handle this as we have others," said DIA CEO Lori Boyer in a statement.

Recently, it was reported that the city was looking for land along the St. Johns River that could replace Metropolitan Park, which was established using federal funding in the early 1980s.

But the specificity of requirements for the land makes it difficult to replicate, and Carlucci noted the funding was given to the city with the understanding it would establish a public park along the river in the urban core.

Carlucci said if redeveloping Metropolitan Park is on the table, assuming the city can find suitable land, there should be a higher level of public input.

"I'm not saying that something can't replace it, there is a provision where if we come up with a like number of acres somewhere else we can develop it. And I'm willing to take a look at that," he said. "But before we start selling it off, we need to know what's gonna replace it."

Boyer also noted Iguana Investments is still interested in the property, and she expects a new proposal within "the next few months." But once that happens, a process of competitive bidding will be reopened.

According to our news partners at the Florida Times-Union, Iguana, which first got the nod for the Shipyards development from the DIA back in 2017, is expected to present a scaled-back version of their original proposal as competitive bidding reopens.

As noted in prior reporting, the city has agreed to put forward $450 million in funding toward Lot J redevelopment, a project for which no firm beginning date has been established.