The founder of the BLM 5K run, Tanisha Crisp, said in a news release, "It's to time to move for change and give the Black community a walk/run that will honor them." 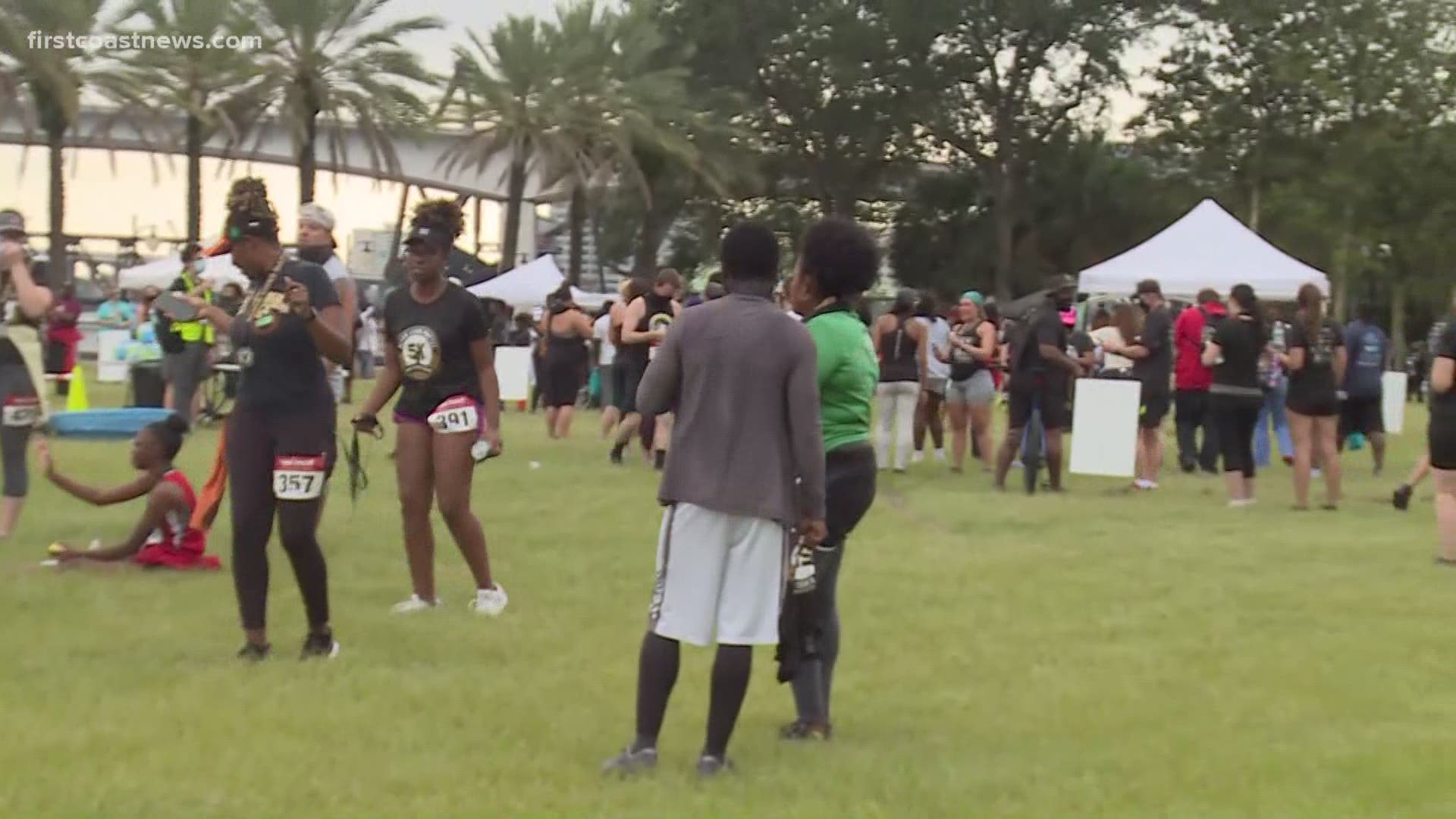 First Coast News was on the scene as the runners moved from the former site of the Jacksonville Landing to the Acosta and Main Street bridges. Social distancing measures were in place to ensure the safety of participants amid the COVID-19 pandemic, organizers said.

The founder of the BLM 5K run, Tanisha Crisp, said in a news release, "It's time to move for change and give the Black community a walk/run that will honor them."

The BLM 5K donates directly to families who are "facing poverty and hardships such as racial discrimination, sexual harassment and sexual assault," according to the news release.

This year, the run will donate to the family of Damian Daniels, the release said. Daniels was shot and killed by San Antonio deputies during what started as a welfare check, according to reports. Daniels, a combat veteran, had struggled with a mental health illness, organizers for the 5K run said.

"Daniels was a veteran and will be very missed," the news release said. "His family is seeking justice and answers from this tragic incident. The BLM 5K team has been in close contact with Daniel's family throughout this difficult time."

Organizers say this is the first race of its kind in Florida, “goal of donating directly to black community facing poverty or other hardships such as racial discrimination, sexual harassment and sexual assault” @FCN2go pic.twitter.com/wSe2Waj26u

Runners working their way from the Landing to Acosta Bridge @fcn2go pic.twitter.com/ZV7SMrx1e9