Navy officers who helped save a stranded manatee visited the manatee at the Jacksonville Zoo, where it continues to recover. 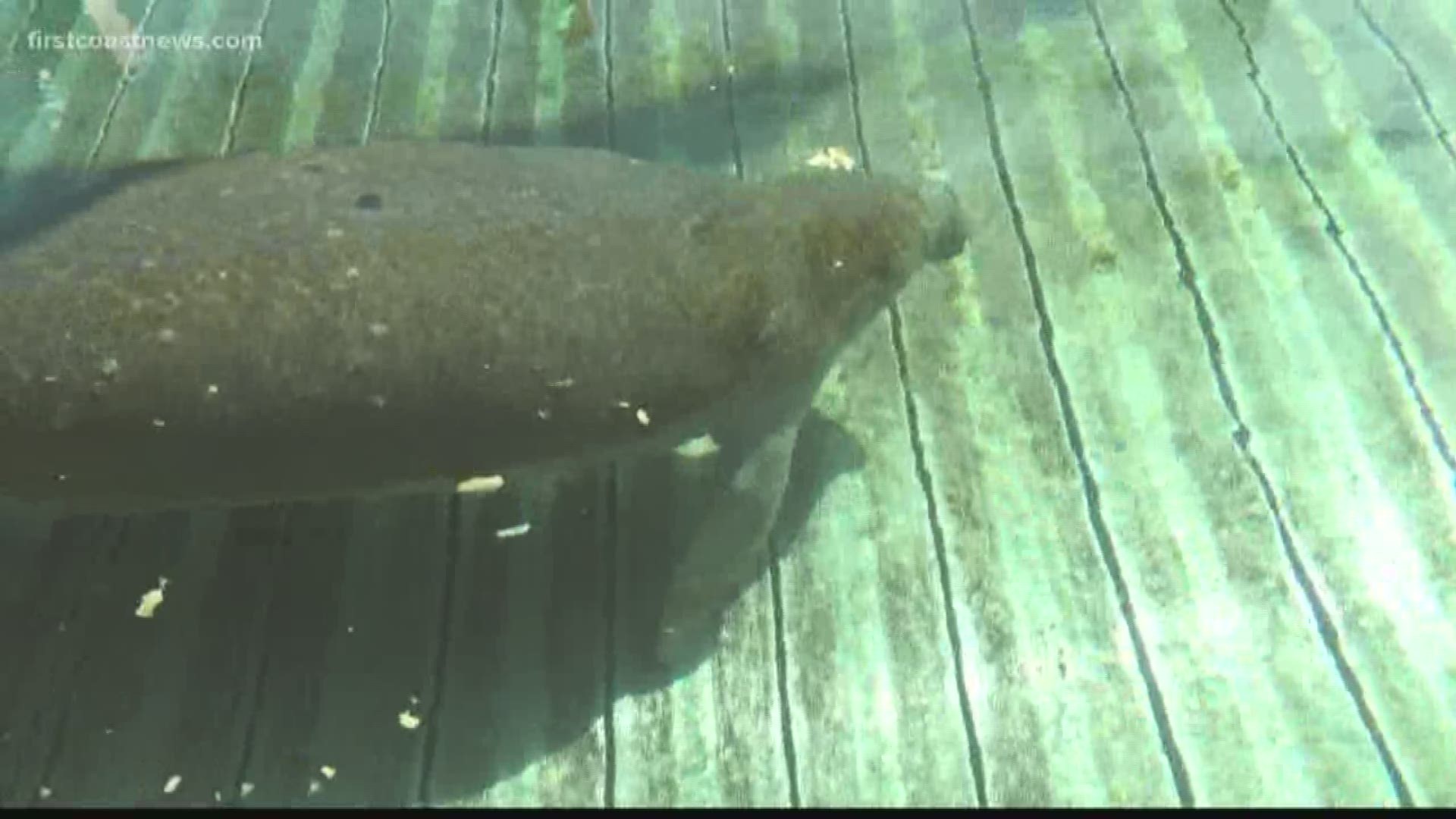 JACKSONVILLE, Fla. — A manatee rescued from the beaches at Naval Station Mayport is recovering nicely at the Jacksonville Zoo and Gardens.

Monday was a particularly exciting day for the manatee. He’s been doing so well that it was his first day not on any medical treatment plan.

He also had very special visitors, the officers that helped rescue him on the beaches at Naval Station Mayport. The officers feel fortunate to have been able to help rescue the manatee.

ABF 1 Brendon Powers spoke of the incredible day they found the manatee on the beach.

“It was just a once in a lifetime opportunity to be able to help out and see an animal in distress and just be able to get to assist in that and be a part of that," Powers said. "It was really just an amazing experience."

The officers have grown quite fond of the little guy – who isn’t so little anymore after gaining weight since being at the zoo. They affectionately named him “Pablo.”

When he was first brought to the zoo on Nov. 21, it took Pablo a while to warm up to his new environment. On Monday, he was chomping away on lettuce and swimming around his tank. The zoo is hoping to release him back into the wild in the next few months.