The USS New York's home base is Mayport. The ship brings pieces of the tragedy of 9/11 to the First Coast so we never forget. 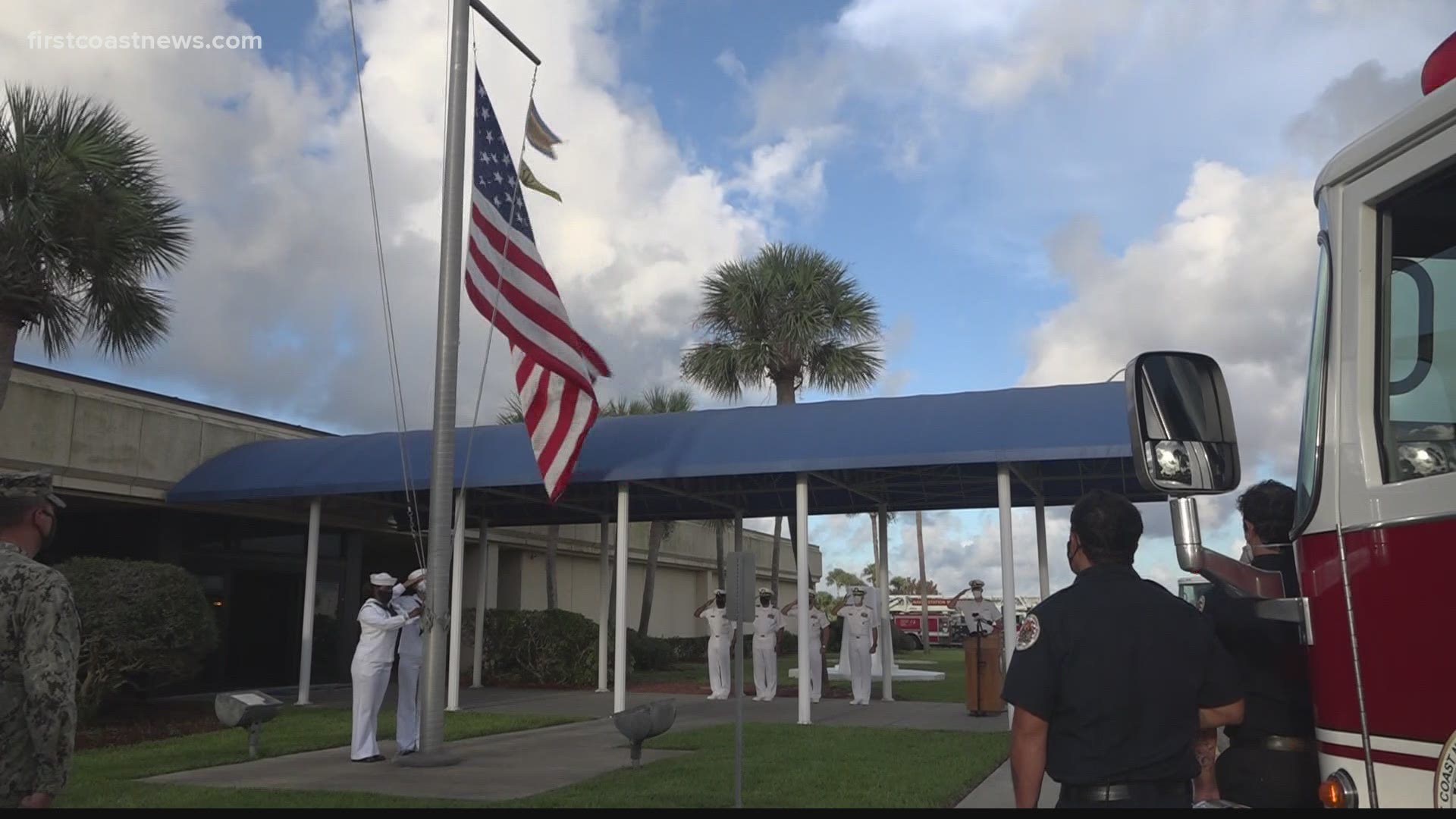 JACKSONVILLE, Fla — Every American was affected by the terrorist attacks on Sept. 11, 2001, in one way or another. At Naval Station Mayport, they have a very unique connection.

“On Sept. 11, 2001, there were a series of coordinated terrorist attacks against the United States on our own soil," said Chaplain Darron Shaddix. He spoke at the 9/11 Remembrance Ceremony.

Men and women stood in uniform to honor those killed 19 years ago.

Those are the times the 4 planes went down 19 years ago. Blasts can be heard at Naval Station Mayport at those times this morning. #NeverForget pic.twitter.com/umZevmskRc

Two young BM2 Navy sailors raised the American flag during the ceremony. They were kids when the attack changed our country. Now, they serve to make sure it never happens again.

“Us being in the military, we are the ones who have to be strong-willed to pick up the pieces and show people that this will not define us," BM2 Second Class Petty Officer Rise McDowney said. "This is not going to stop us. We are going to move on.”

America has moved on, but we never forget. Sitting in the port is a ship that bears the name of the city where tragedy struck: USS New York. The ship’s bow has 7.5 tons of steel from the World Trade Center.

Credit: Leah Shields
The USS New York has a mural of the twin towers on the ship.

On the other end, there’s a painting of the Twin Towers.

Friday morning, ships let off four blasts at the time of each separate attack: two in New York, one near Washington, D.C. and one in Pennsylvania.

“We thank everyone in uniform that serves to make sure that this never happens again on American soil. Today, we remember," Shaddix said.

He says that what was meant to cause fear and division brought unity and resolve.

RELATED: Remembering 9/11 across the First Coast