First Coast News was flooded with emails and messages sharing the Facebook post, which garnered more than 100,000 shares as of 11 p.m. Monday. 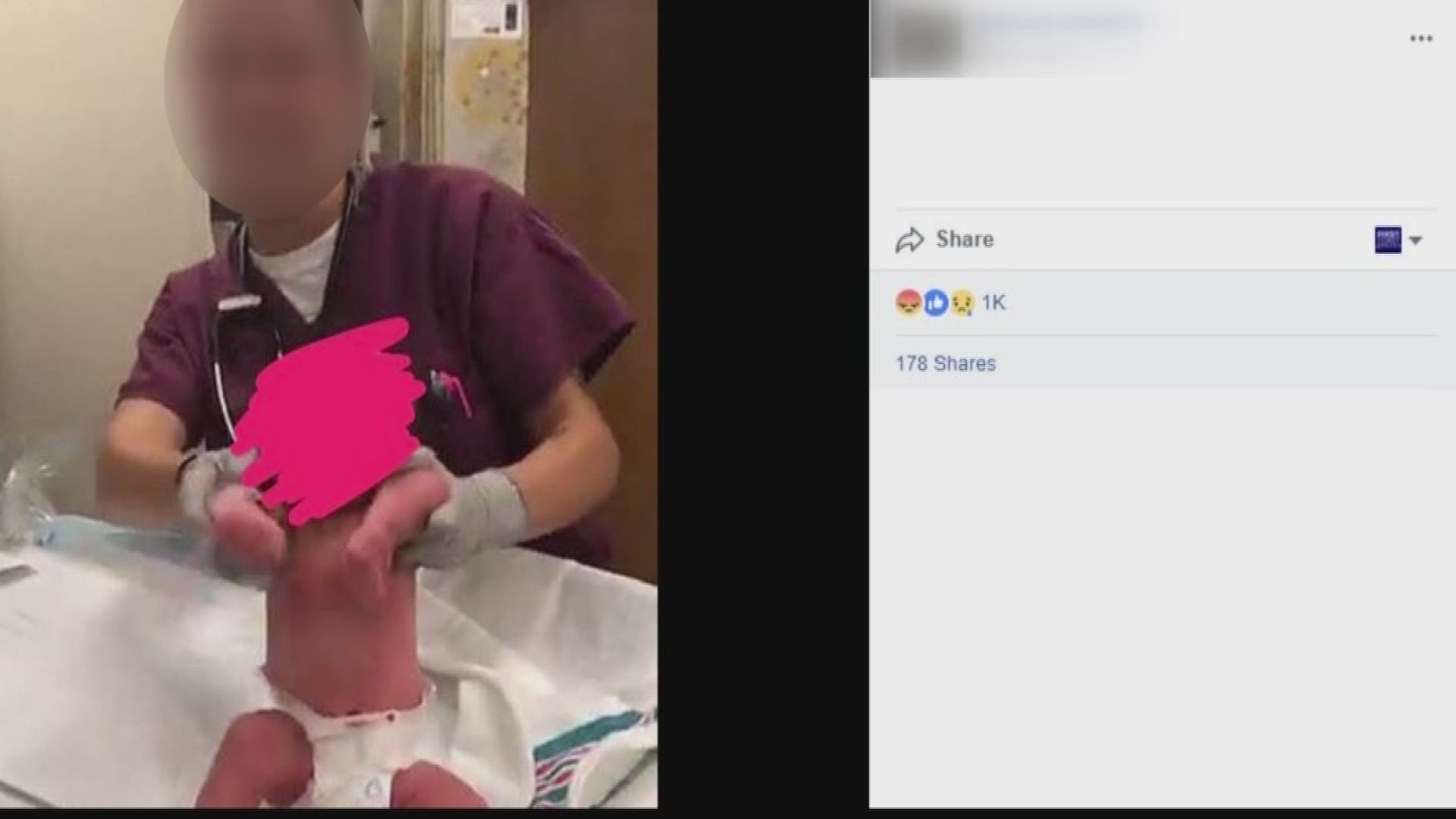 JACKSONVILLE, Fla. - Hospital employees have been removed from their post at the Naval Hospital Jacksonville after disturbing photos with newborns surfaced on social media Monday.

First Coast News was flooded with emails and messages sharing the Facebook post, which garnered more than 100,000 shares as of 11 p.m. Monday.

The viral post shared a photo from a Snapchat account, which showed the employee giving the middle finger to a newborn, followed by a caption that read "How I currently feel about these mini Satans." The post also read the "navy nurse" and her friend made a baby dance to rap music.

The woman who shared the photos on Facebook wrote how she hoped "these childish girls get reprimanded and lose their jobs."

Jeanne Casey, the Public Affairs Officer at Naval Hospital Jacksonville, said the staff members, who have not been identified, have been removed from patient care after learning about the incident.

A statement was also released on the Naval Hospital Jacksonville Facebook page:

First Coast News is trying to reach out to the employees who are in the photos.

Some of the family and friends of those involved told First Coast News that the public outrage has led to hateful and threatening messages. They've asked for their privacy as the Naval Hospital investigates.