After what it called "careful consideration," the Navy base canceled the 2021 NAS Jax Blue Angels Air Show set for April 10 and 11. 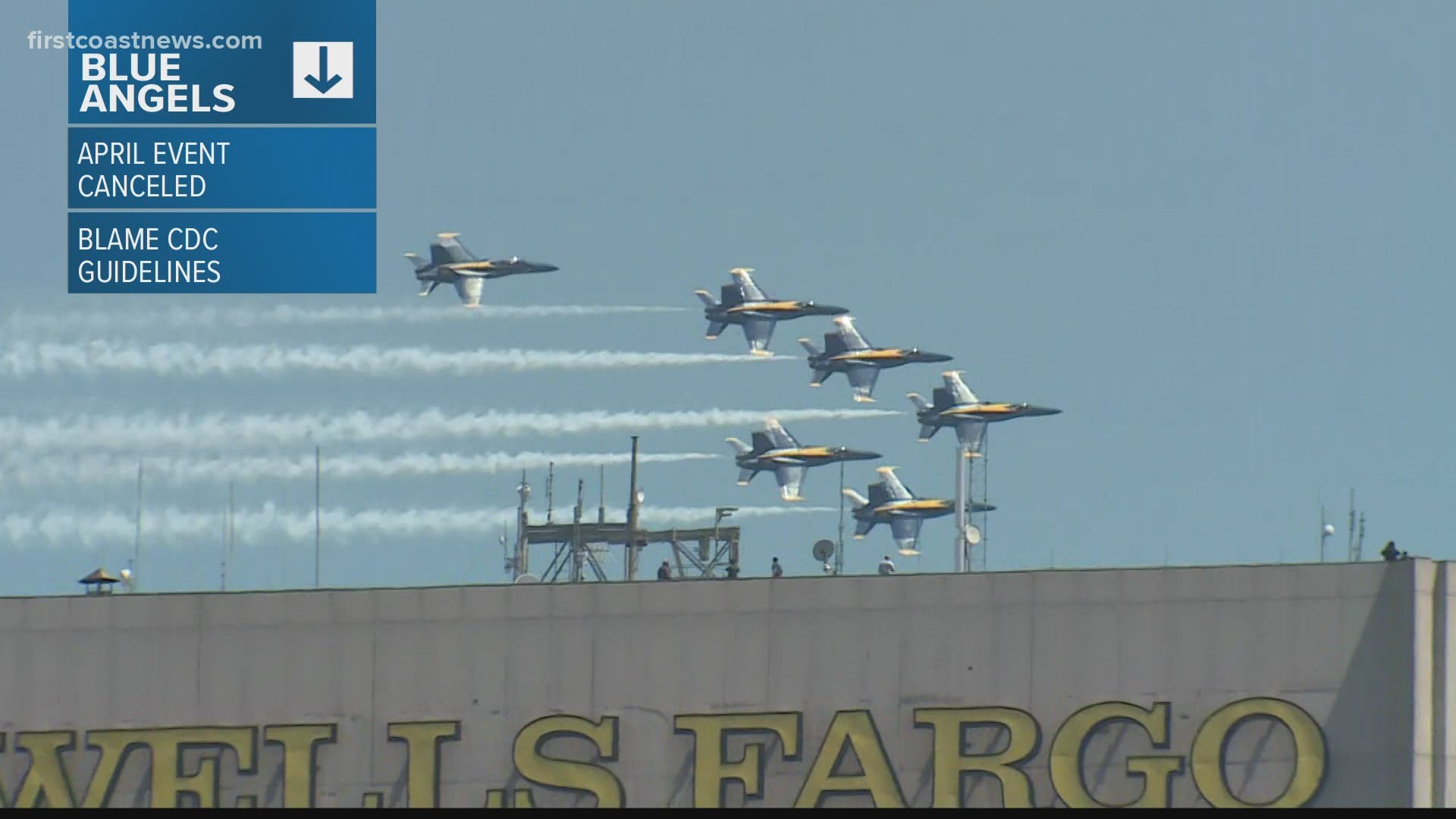 After what it called "careful consideration," the Navy base canceled the 2021 NAS Jax Blue Angels Air Show set for April 10 and 11.

"Department of Defense Health Protection Conditions, as well as guidelines imposed by the Centers for Disease Control, and local civilian authorities, currently prevent execution of the air show," according to the Navy base.

The show's website at nasjaxairshow.com had promoted a variety of military and civilian demonstrations, culminating with the U.S. Navy Flight Demonstration Team in its squadron of F/A 18 Super Hornets. And the Blue Angels had announced online at blueangels.navy.mil/show that its April show would kick off its 2021 schedule of 30 shows.

The Blue Angels cut their 2020 air tour short because of COVID-19, so there was no October air show in Jacksonville as in years past. But the Blue Angels did do a flyover of the city in May as part of its America Strong tour, designed to honor health care workers and first responders for their effort in the fight against the disease.

NAS Jacksonville officials said they look forward to welcoming the air show and Blue Angels back again in the future. The Blue Angels' website air show schedule does show an Oct. 22 and 23, 2022, date for Jacksonville.

Tune-in to your ABC, NBC from May 29 -31 to view the debut of a new Blue Angels formation flight with re-airings in the weeks to follow. For more information about the Memorial Day parade and virtual flyover, visit www.NationalMemorialDayParade.com.