The organization asked the public to consider a donation to assist them in helping the dogs, as it is "a huge undertaking." 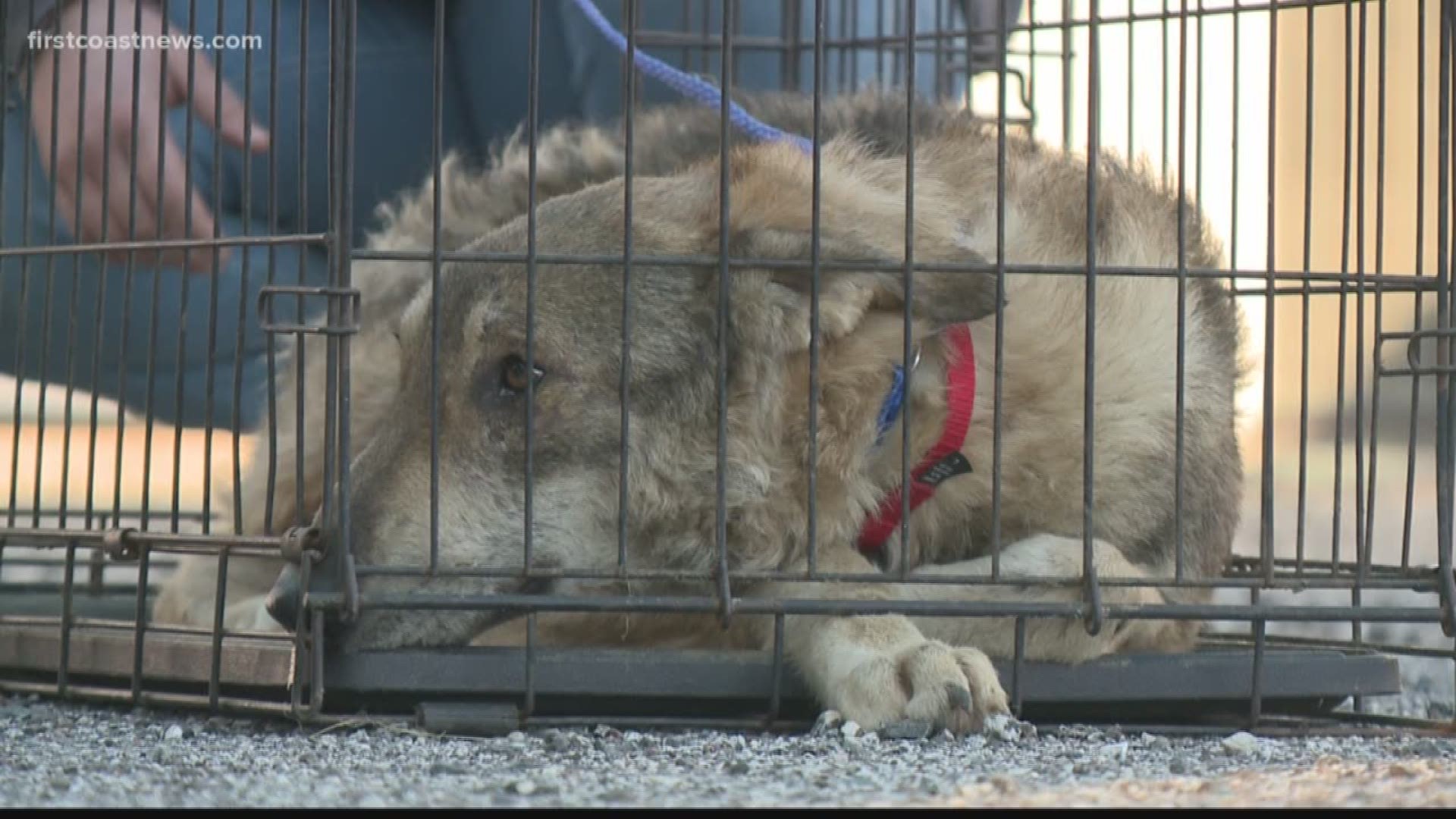 The Nassau Humane Society (NHS) returned to Amelia Island on Sunday after rescuing a group of German Shepherds living in "extremely neglectful conditions" in Georgia.

Five of the dogs were brought to the humane society in Amelia Island and NHS says more are on the way.

The dogs' first steps on Florida soil weren't easy, because they had never been on a leash before and are terrified of humans.

"They'd rather be in a tight cage than out in the fresh air. They're just petrified of human interaction, so it's heartbreaking for us," Jacki McDonald, Executive Director with the Nassau Humane Society, told First Coast News.

Authorities arrested one person after they say more than 150 German Shepherds were found living in neglectful condition on a Candler County property, the Atlanta Humane Society said.

The dogs were found on the Metter, Georgia property on January 3. Metter is about 173 miles from the Nassau Humane Society.

"[There was] barely any shelter ... mud, bugs everywhere, so she was definitely over her head in this breeding operation," said McDonald.

McDonald said the breeder owned another property where an estimated 500 more German Shepherds were living in filthy conditions.

In a post on social media, the organization asked the public to consider a donation to assist them in helping the dogs, as it is "a huge undertaking."

"We will fully vet them, spay/neuter, vaccinate, deworm, and microchip," McDonald said.

You can donate to them here.

McDonald added that they will assess each dog's behavior and teach them to be comfortable on a leash, as most have never been in a home or on a leash before.

The organization said they will share pictures and updates to their Facebook page once they have the dogs loaded up in their rescue van.