Sheriff Bill Leeper says 21-year-old Jacob Thornton told investigators he beat the dog with a baseball bat to "discipline it." 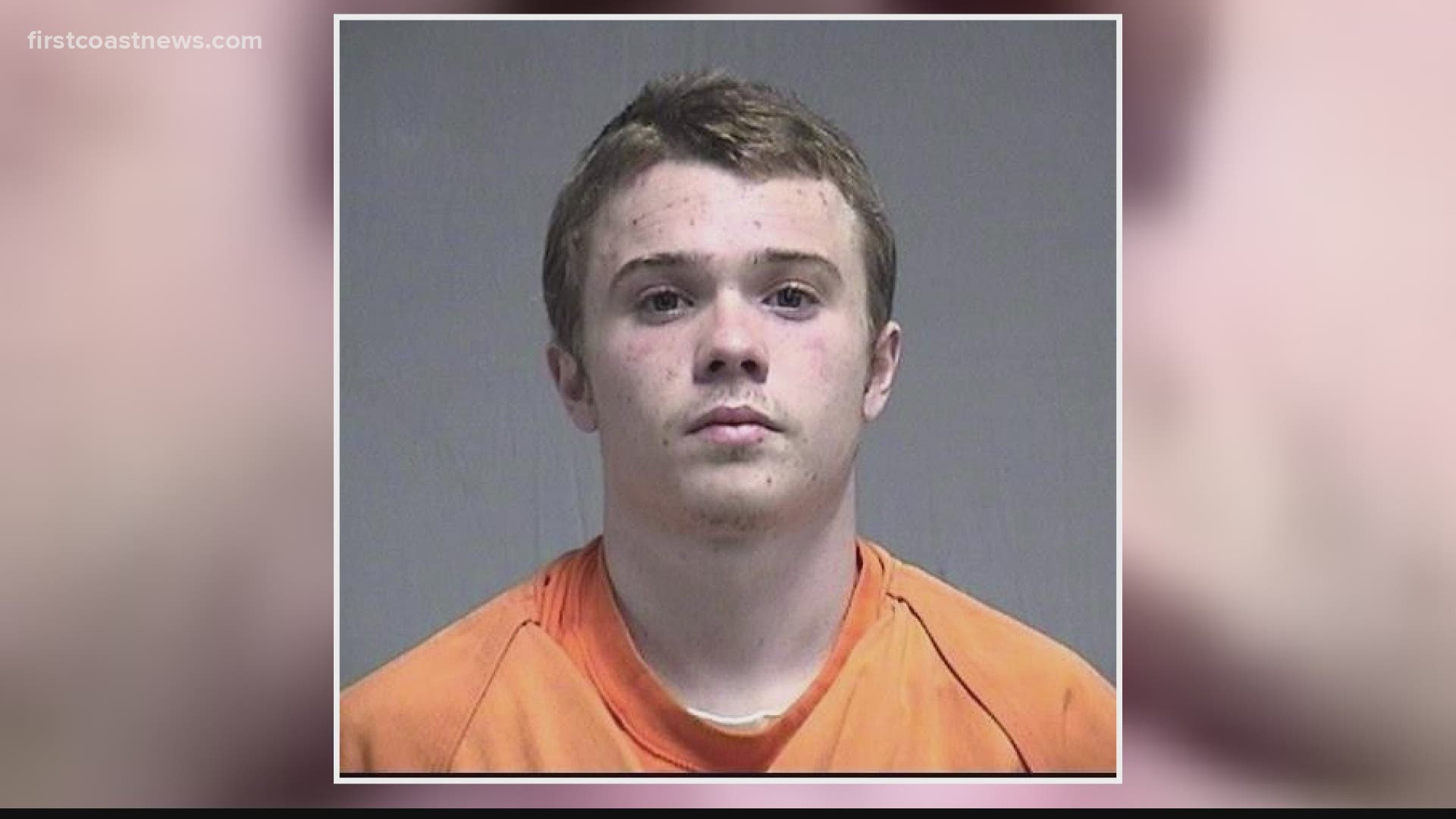 CALLAHAN, Fla. — A Nassau County man was arrested after investigators say he beat a dog to death with a baseball bat. Officials say this happened after the dog fatally attacked a puppy while the owner of both dogs was in the shower.

The Nassau County Sheriff's Office says it happened Wednesday at a home along Bismark Road in Callahan, leaving neighbors shocked and investigators searching for answers.

“There was a Pitbull that attacked an eight-week-old puppy inside this residence," Nassau County Sheriff Bill Leeper said.

Leeper says 21-year-old Jacob Thornton told investigators he beat the dog with a baseball bat to "discipline it."

“He actually took the Pitbull outside and according to him, he thinks he struck it three or four times in the head and killed the Pitbull," Leeper said. "He went back in the house and told his mother that, ‘Everything’s fine. You don’t have to worry about the dog anymore. The dog is dead.”

“When something like this happens and someone just beats a dog to death in the head with a bat, that person is sick, and they need help," Leeper said. "Hopefully this person will get the help he needs, and hopefully nothing like this will happen again.”

Leeper has this message for dog owners.

“Just don’t let your temper get the best of you," Leeper said. "You may be mad at the animal. There’s other ways you can discipline an animal without beating them to death.”

Anyone who has information on what happened is asked to contact the Nassau County Sheriff's Office.

I'll be interviewing @NCSO_FL this afternoon and have more details tonight at 5 & 6 on @FCN2go. https://t.co/DiKgZWPZ7y