Deputies put out a missing person's notice after he failed to show up for work. 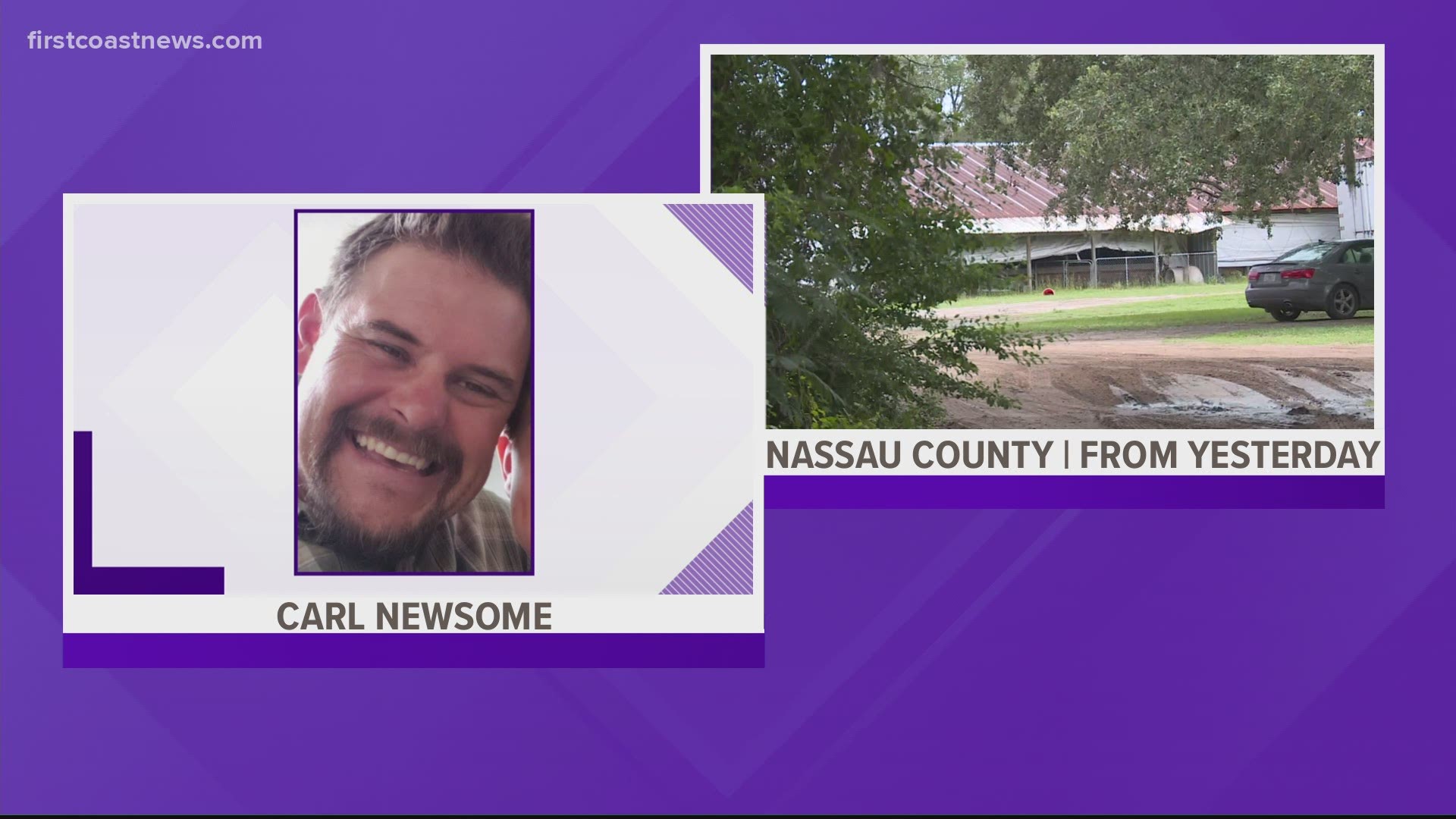 JACKSONVILLE, Fla. — The Nassau County Sheriff's says the body found in a pond in Callahan Wednesday morning has been identified.

Deputies say the man is Carl Newsome, 35, who has been missing since June 13.

Deputies put out a missing person's notice after he failed to show up for work.

On Wednesday, law enforcement received a call about a man's body floating in a pond around 9 a.m. After responding to the scene, authorities found the body along with the missing car at the pond.

Deputies said it appears that the body was in the pond for a few days.

The cause of death and manner of death have yet to be determined.