All 11 puppies and their mother miraculously survived after a man driving by Griffin Road in Callahan heard their cries and took their crate to the shelter. 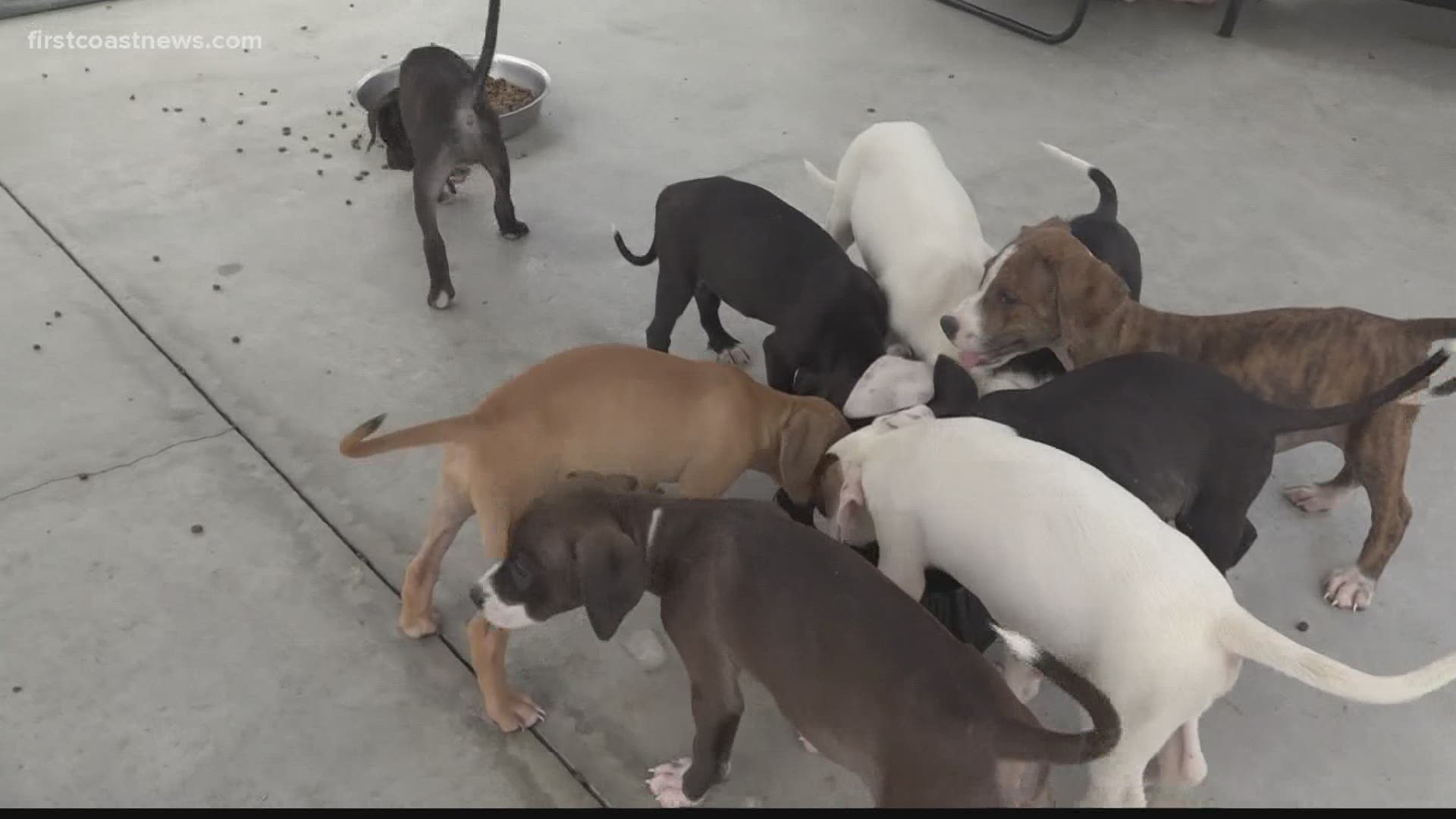 YULEE, Fla. — It was a shocking discovering for a man driving by the woods in Nassau County. The Good Samaritan found a crate full of puppies and a mother dog locked in a filthy crate in the sweltering heat. Now animal control wants to know who abandoned the animals in the woods.

“It could have just been an 'oopsie' litter that they didn’t want anymore. If your last source is, ‘I’m going to drop them off in the woods,’ call us. Bring them to us," said Cassandra Kozerski, senior kennel attendant at Nassau County Animal Services.

Kozerski says that didn't happen in this case.

“A couple of days ago, a gentleman pulled into the parking lot," Kozerski said. "He had a crate full of 11 puppies and their momma in the back of his truck. He said that he found them going to work in Callahan.”

Credit: Dawn White
A Good Samaritan heard the cries from the puppies why driving by and took the locked crate to the shelter.

Kozerski said someone abandoned the pups in the woods along Griffin Road in Callahan inside a dirty crate.

“The puppies were a little skinny. They were all infested with fleas," Kozerski said.

The person who abandoned the animals in the woods could face serious charges if caught.

“If we are able to find the person that did it, they will definitely get a citation for abandonment and possibly a charge of animal cruelty because they were in a crate, and it was so hot out," Kozerski said.

The puppies are listed as mixed breed, but Kozerski said they could have some Catahoula leopard dog, hound and labrador in them.

The mother and her puppies will be spayed or neutered on Tuesday, up for adoption on Wednesday and looking for a new story in life.

If you have any tips on who may have abandoned these animals, you're asked to call Nassau County Animal Services at 904-530-6150.

Nassau County Animal Services are looking for the person they say abandoned a locked, filthy crate with a mother #dog & her 11 #puppies inside.. in the woods along Griffin Road in Callahan earlier this week. I'll have the full story at 6 on @FCN2go.#adoptdontbuy #AdoptDontShop pic.twitter.com/XTho4WdkdD

Nassau County Animal Services are looking for the person they say abandoned a locked, filthy crate with a mother #dog...