"We have not seen any real plan presented to the public on how we're gonna move forward," said Dr. Rogers Cain. 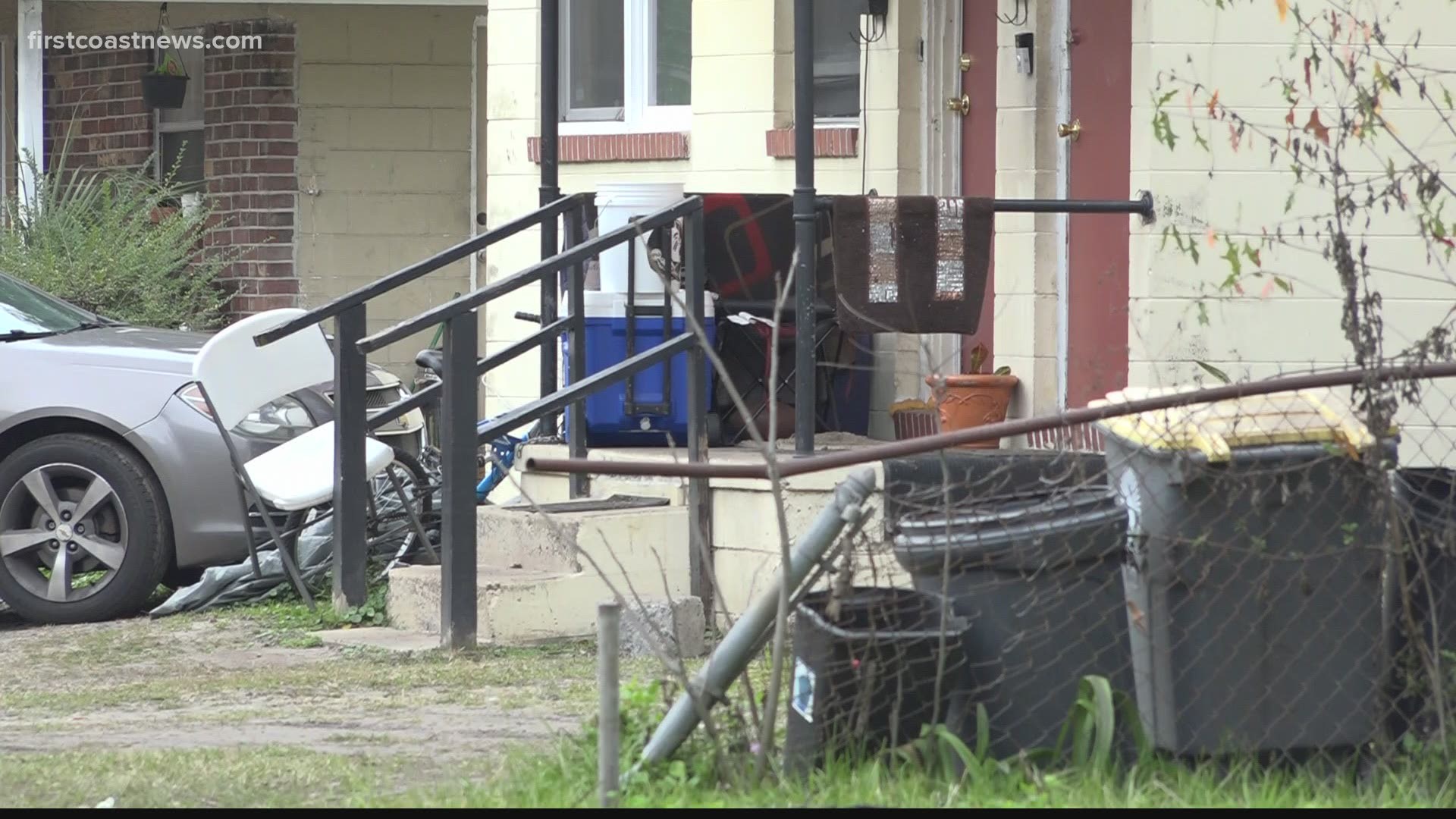 JACKSONVILLE, Fla — On Monday, the Jacksonville branch of the NAACP wrote a letter to Jacksonville Mayor Lenny Curry, addressing issues of racial disparity in how the state and local government have handled vaccine distribution.

"Neither the State of Florida nor the City of Jacksonville have revealed a comprehensive plan or the operational capacity to implement the mass vaccination campaign required to vaccinate hundreds of thousands of people in our community," the organization wrote.

The group called for vaccination efforts to focus on three primary factors when determining priority populations:

According to data from the Florida Department of Health, 54% of the 72,602 vaccine doses administered in Duval County have gone to white patients, while only 11% have gone to Black patients.

"We have not seen any real plan presented to the public on how we're gonna move forward," said Dr. Rogers Cain, who is with both the NAACP and the Northeast Florida Medical Society. "What you should be doing is bringing the vaccine to the people. We're doing just the opposite of what's the most effective way of dealing with this crisis."

Cain and the NAACP have also called for a more comprehensive plan in bringing community vaccination centers to economically disadvantaged areas, and especially communities of color.

Dr. Cain says he feels the locations chosen for the vaccine distribution are not accessible for the elderly.

“I want this vaccine available and have access to all the community at large…everyone," said Dr. Cain.

Some residents from the North side of Jacksonville stand by the NAACP's concerns.

“A lot of people dying from the COVID-19 but they don’t have none available right here in this particular side of town," said a neighbor, who wished to not be identified.

A spokesperson for the City of Jacksonville provided the following response to the NAACP letter:

"While the City of Jacksonville does not control the supply chain of the COVID-19 vaccine, we want to point out the many inaccuracies (false information) in this letter.

The City of Jacksonville does have the capacity to implement mass vaccinations as we have demonstrated through our multiple COVID-19 testing sites throughout the City. We were instrumental in bringing one of the first testing sites online at TIAA Bank Field, Legends Center and multiple additional, locations throughout the City. In addition, we have implemented testing in the very zones mentioned in this letter. These have included schools, churches, health centers and more. (First Coast HS, Frank H Peterson Academy and Regency Square Mall prior to it becoming a state site.)

While we stand ready to reopen the two vaccine sites where we safely and successfully distributed our allotment of the vaccine over a ten-day period, we have also let the Department of Emergency Management know that we are willing and able to open additional sites if more vaccines become available. At this time, the Governor opted to distribute all vaccines through sites operated by the Department of Emergency Management.

This letter demonstrates the lack of knowledge and information for how this process operates. The Federal Government distributes the vaccine to states who then in turn decide how to distribute throughout its cities and counties. We acknowledge that more vaccines are extremely necessary in every community and when and if the state informs us that they are available, we stand ready to distribute. In the meantime, the State will distribute all vaccines through the Regency location."

First Coast News reached out to the Duval County Department of Health for a response and is waiting for a statement. 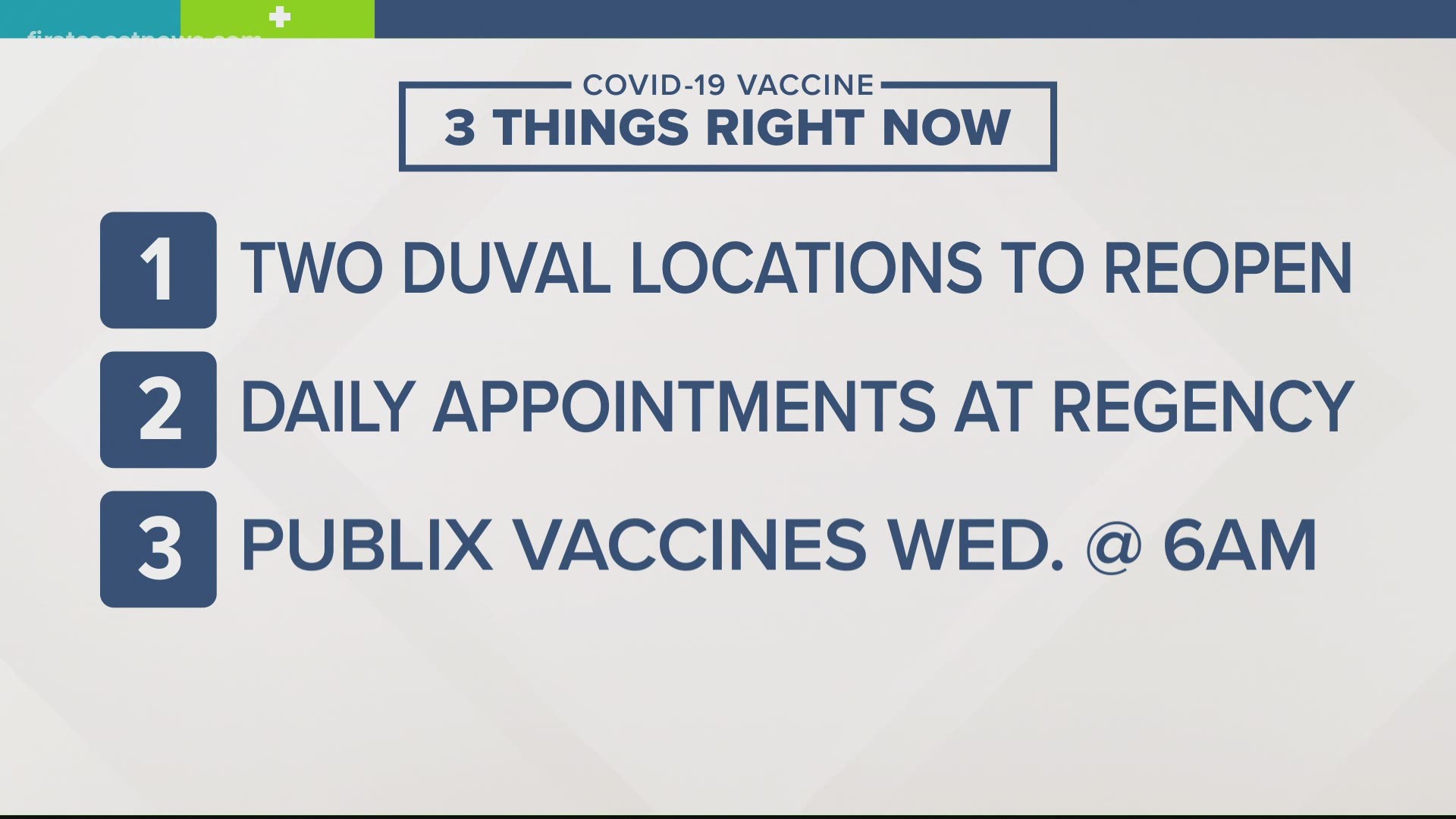