The Music Studio in St. Augustine closes its doors after 39 years of instruction because of coronavirus

The Music Studio in St. Augustine has decided to close. Owner explains, "You cannot teach piano from six feet away." 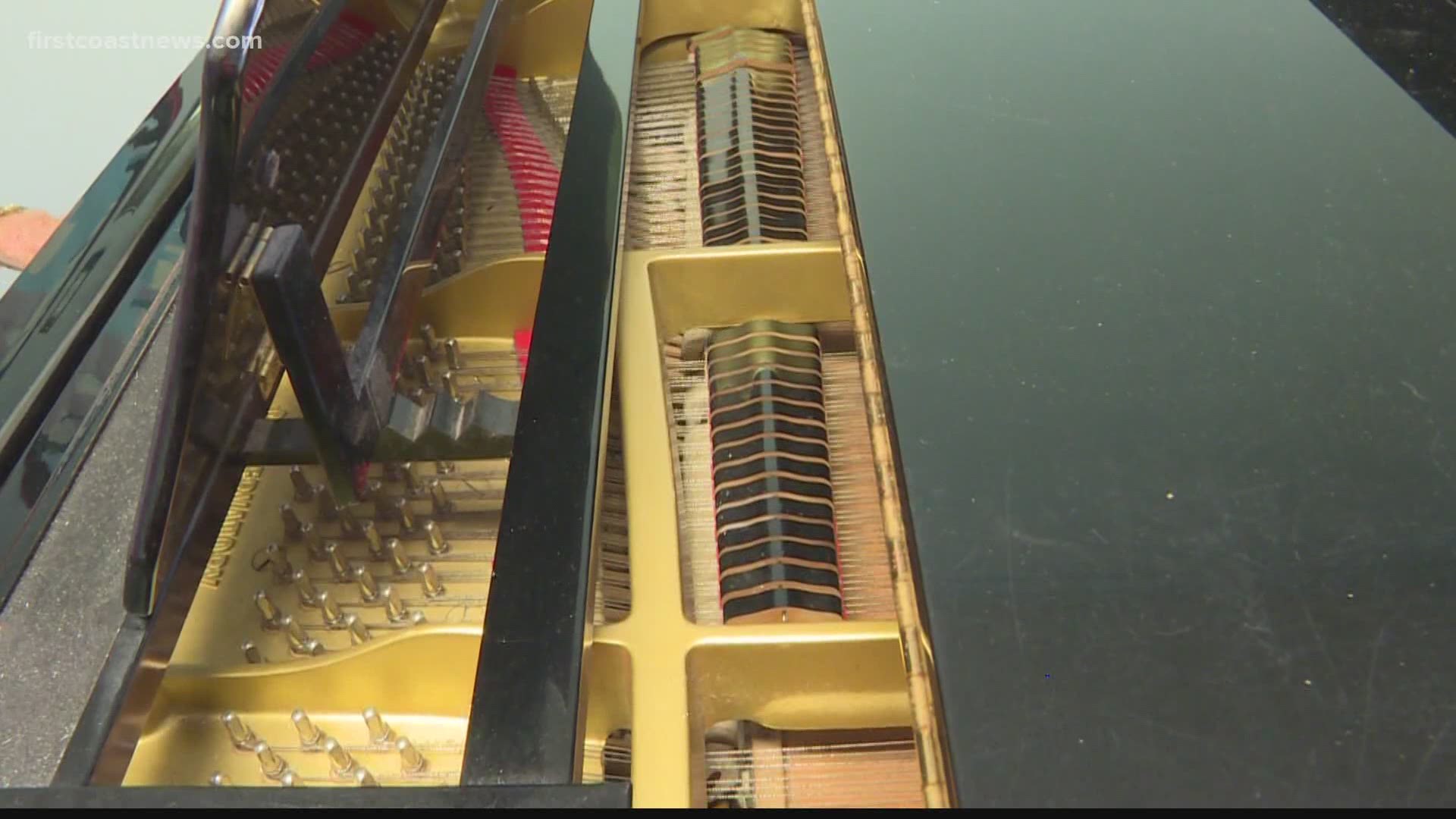 ST. AUGUSTINE, Fla. — A beloved music learning facility in St. Augustine is among the latest casualties of the coronavirus crisis. The Music Studio at 906 Anastasia Blvd. closed recently after 39 years of nurturing musical aspirations, mostly for children.

“You cannot teach piano from six feet away,” said Nancy Lardner, who opened the studio on June 4, 1981. “Until there’s a vaccine, we cannot continue to teach.”

It was a difficult decision, she said in an interview Sunday with First Coast News. But it appeared her regret was as much for the children as for her and her staff.

Leanna Freeman, whose son and daughter studied at The Music Studio, agreed.

“I think that [music] gives [children] good coping skills because a lot of kids resort to their musical talents and interests during times of stress,” Freeman said.

In nearly four decades, Lardner estimated, she taught at least 500-600 students spanning more than one generation. Matt Brown, a local attorney, studied piano at the studio throughout the 1990s after moving to St. Augustine from South Florida. He said the discipline he learned at the studio helped him adjust to his new surroundings.

“It’s heartbreaking. You know, it’s been such a bright little light in our community for so long,” Brown said.

After about 15 years practicing in New York, Brown said he knew what he wanted to do when he returned to St. Augustine as a father.

“One of my priorities was to make sure that my older daughter could start taking piano lessons at The Music Studio,” he said.

Asked how his music study helps him in his legal work, Brown immediately offered that it helped him get used to performing in front of people, and he likened the process of learning to read music to taking on a foreign language.

“It helps you to kind of parse dense text and to make connections on the fly, which is something that is helpful certainly as an attorney,” he said.

Brown said the studio’s closing has been heartbreaking for his daughter, June.

Meanwhile, yet another parent, Kelly Eastman, told First Coast News how much The Music Studio has meant to her son and daughter.

“I do feel it’s a big loss because they’re kind of a staple here,” she said, adding that the instructors at the studio often become engaged in their students’ lives beyond their instruments.

“[Their instructor] attends all of their events,” Eastman said. “They’re icons, all of them.”

Lardner confirmed that value, saying it’s not uncommon for her to bump into former students, some now firefighters, waiters – a variety of professions.

“I may have taught them ten or 20 years ago, and we connect,” Lardner said.

She’s saying goodbye to her business of nearly 40 years, but Lardner hadn’t lost her sense of humor, telling stories of certain students and her ‘side’ tutelage of teaching kids to blow bubbles with their gum.

In only one moment did she well with tears.

“I’m so deeply fond of the children I taught and teach, and it’s a real loss," she said.

The Music Studio is currently in the process of selling several instruments and giving away other items such as sheet music books. Lardner said anyone interested can call the studio at 904-824-2639.

RELATED: Curve into Context: Here's what Jacksonville's COVID-19 case curve looks like on May 22