One Murray Hill man started his new year out with a bang, quite literally, when he found a bullet hit his car. 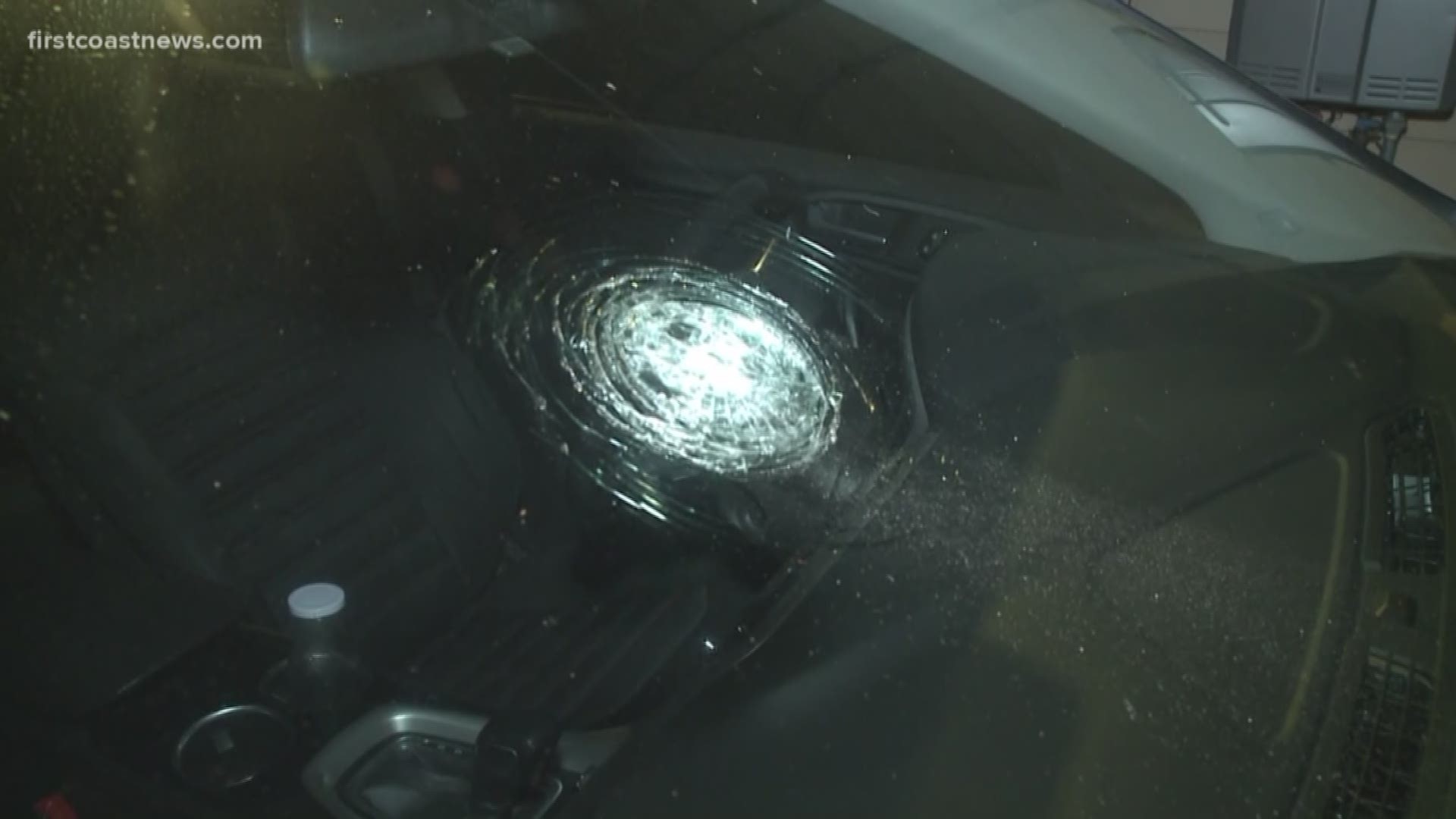 One Murray Hill man started his new year out with a bang, quite literally, when he found a bullet hit his car.

Matthew O'Connor found his windshield shattered around 9 a.m. Tuesday morning. He believes it was the result of celebratory gunfire from New Year’s Eve.

"I came inside my gate, walked around here and noticed my windshield was broken," said O'Connor. "You can see that’s the projectile, it was probably this big of a bullet. All the glass fragments are going down from it."

"It came from above because someone was shooting their gun in their air and what goes up must come down."

"It doesn’t look like it was shot straight on because it didn’t penetrate the glass, so it looks like someone fired a round into the air," said McGowan.

He says that is extremely dangerous, even if the bullet loses power over distance.

"Based off the picture it looks like it could be an AR 15, a 223 caliber, and those can go up to two miles," said McGowan.

Two miles outside of where it hit O'Connor's car near College Street in Murray Hill means it could have traveled from as far as West Jacksonville, Park Street or Mixon Town.

"It’s against state law to fire a gun within city limits," said McGowan.

It’s also illegal to use fireworks. O’Connor says he didn’t hear any gun shots fired New Year's Eve night, but that’s because the sound may have been drowned out by fireworks he heard nearby.

He’s just glad no one was hurt, including his animals.

"Don’t shoot your guns in the air, bullets come down, this could have been a person or an animal, just don’t do it," said O'Connor.

Just on New Year's Day there were more than two dozen 911 calls for firearms being discharged in Jacksonville and about two dozen noise complaints since Tuesday morning.

First Coast News reached out to JSO to see if they know where the bullet came or if one of the firearm and noise complaint calls is related, but we have yet to hear back.