The mural, painted by Jacksonville artist Whitney Perez, includes five figures of varying skin tones as well as other symbols and vibrant colors, the artist says. 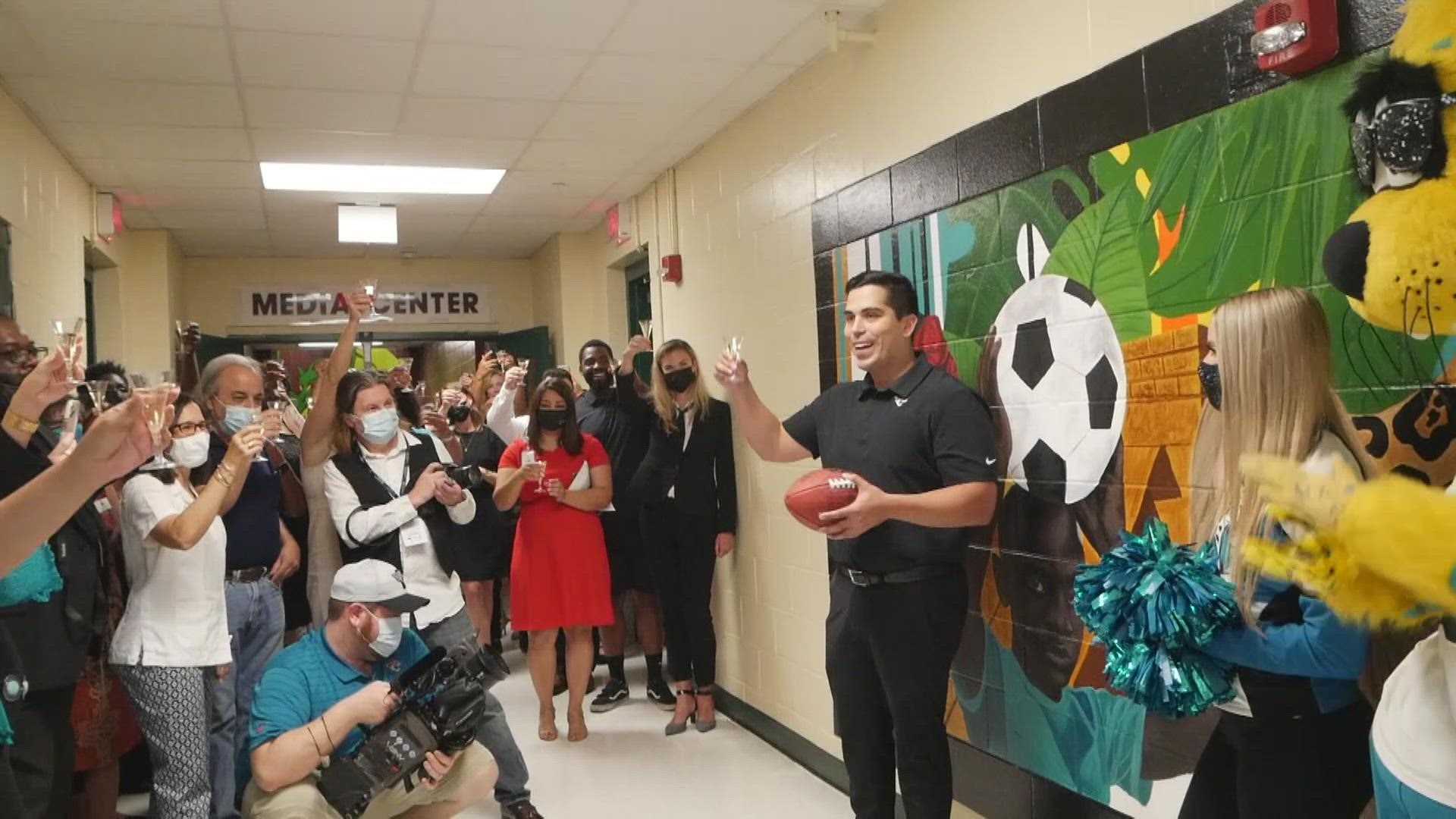 JACKSONVILLE, Fla — A new mural at a Jacksonville school is celebrating Hispanic and Latin American culture just in time for Hispanic Heritage Month.

The mural, painted by Northeast Florida artist Whitney Perez, includes five figures of varying skin tones as well as other symbols and vibrant colors, which were all used to represent the diversity of Hispanic and Latin American culture, according to the artist.

It was unveiled Tuesday evening at Alfred I. duPont Middle School on duPont Avenue in Jacksonville.

The project was underwritten by a grant to the Cultural Council of Greater Jacksonville from the Jacksonville Jaguars Foundation, in partnership with Duval County Public Schools and  the First Coast Hispanic Chamber of Commerce, according to a news release.

Perez won an open call-to-arts to design and paint the mural at the school. She is a self-taught, Afro-Latina/Puerto Rican artist who lives in Jacksonville. She is also a Navy veteran and member of the Cummer Museum team.

“The artwork’s intention is to celebrate Hispanic heritage in all Latin American countries, and that students, regardless of their Hispanic heritage, feel identified and represented," the release says.

"Hispanic Heritage Month is an opportunity to honor, celebrate, and thank prominent Hispanic Americans for their many contributions to the country and culture here in the United States, and this was considered in the design of the artwork," the release says.