It was the first time Mullen faced the media since First Coast News first broke the story about apparent ongoing conflict between UF football players and local Gainesville men. 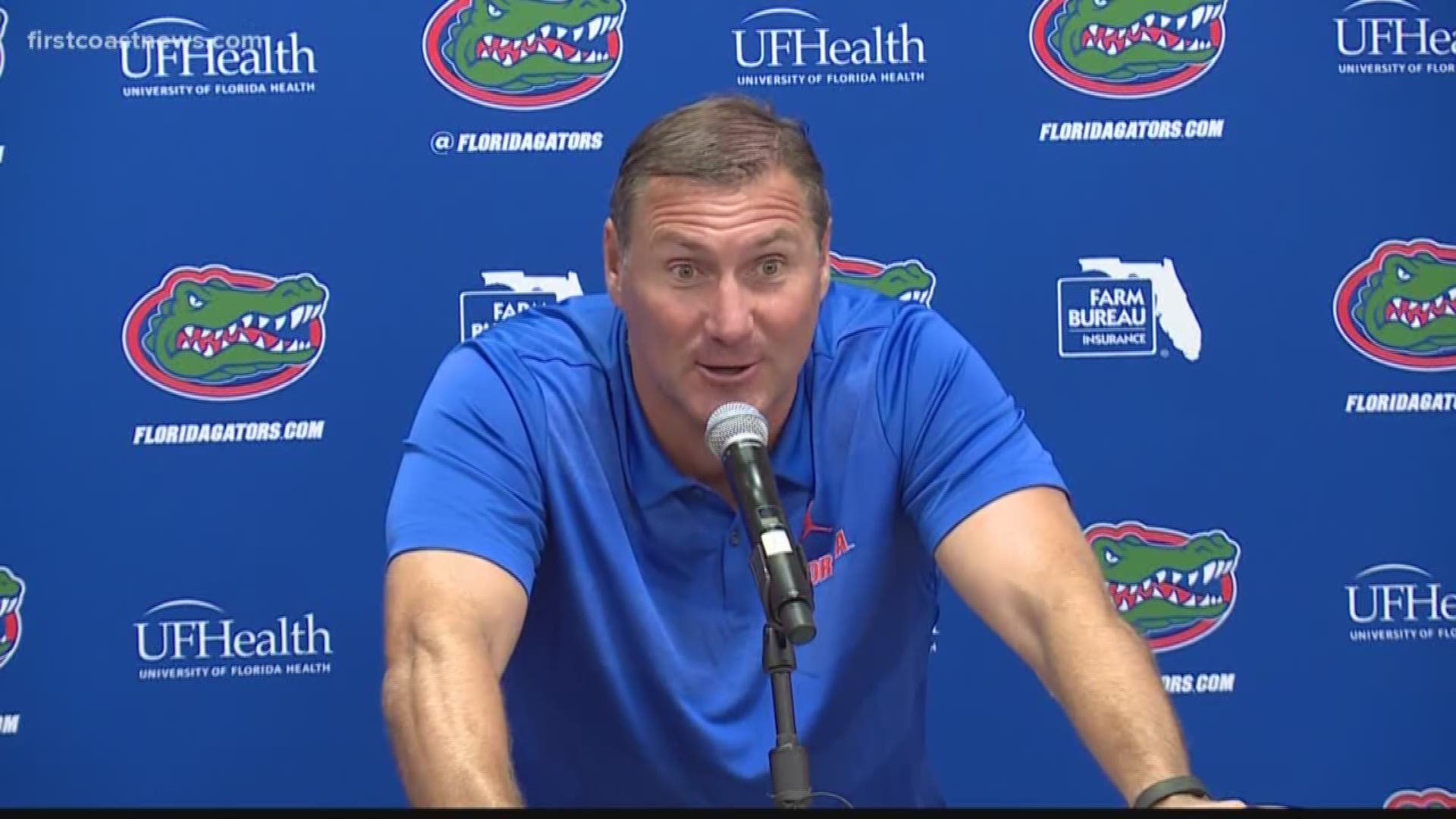 University of Florida Head Football Coach Dan Mullen fielded questions from reporters Thursday about the Gators’ game plan both on and off the field.

It was the first time Mullen faced the media since First Coast News first broke the story about apparent ongoing conflict between UF football players and local Gainesville men.

In answering questions about the incidents, Mullen emphasized that it was a learning experience and that it’s his obligation to coach not only football but how to help the players make better decisions.

Mullen addressed the reported tension between players and locals Thursday.

“When you get to walk around and everyone, you know, you have a great game [people say] ‘great game!’ And people know who you are and a little bit of celebrity status. I mean, that’s fun for kids,” Mullen said. “There also comes responsibility on the other side that people might be jealous or have something against you. And one of the things that we constantly tell them to do is, again, how to make good decisions, how to deal with those situations, when to talk away.”

First Coast News asked Mullen whether he was concerned with the fact that his players told police they were associating with a man at least one football player alleged was a gambler.

“It’s something we’d look into right there,” Mullen began. “I’ll be honest with you, they just made sports gambling legal across America so there’s obviously a lot of gamblers in the United States of America. I don’t [gamble], there might be a bunch in this room right here [who do], and I’m associating with you today. In terms of that…again that’d be something we’d investigate or look into in severity of it. But…we’re always concerned for our players of who they associate with in every aspect of their life.”

When pressed as to whether they had looked into it, Mullen said "yes."

“If we find something we’ll let you know,” he said.

As for whether there will be any suspensions resulting from the events that have come to light this past week, Mullen said he will likely make the announcement gameday morning.