Mark Isaac Jefferson, 26, Leroy Girard Whittaker, 18, and Devante Demorris Starks, 26, were all arrested after the Waycross Police Department responded to the shooting at the Hampton Inn. 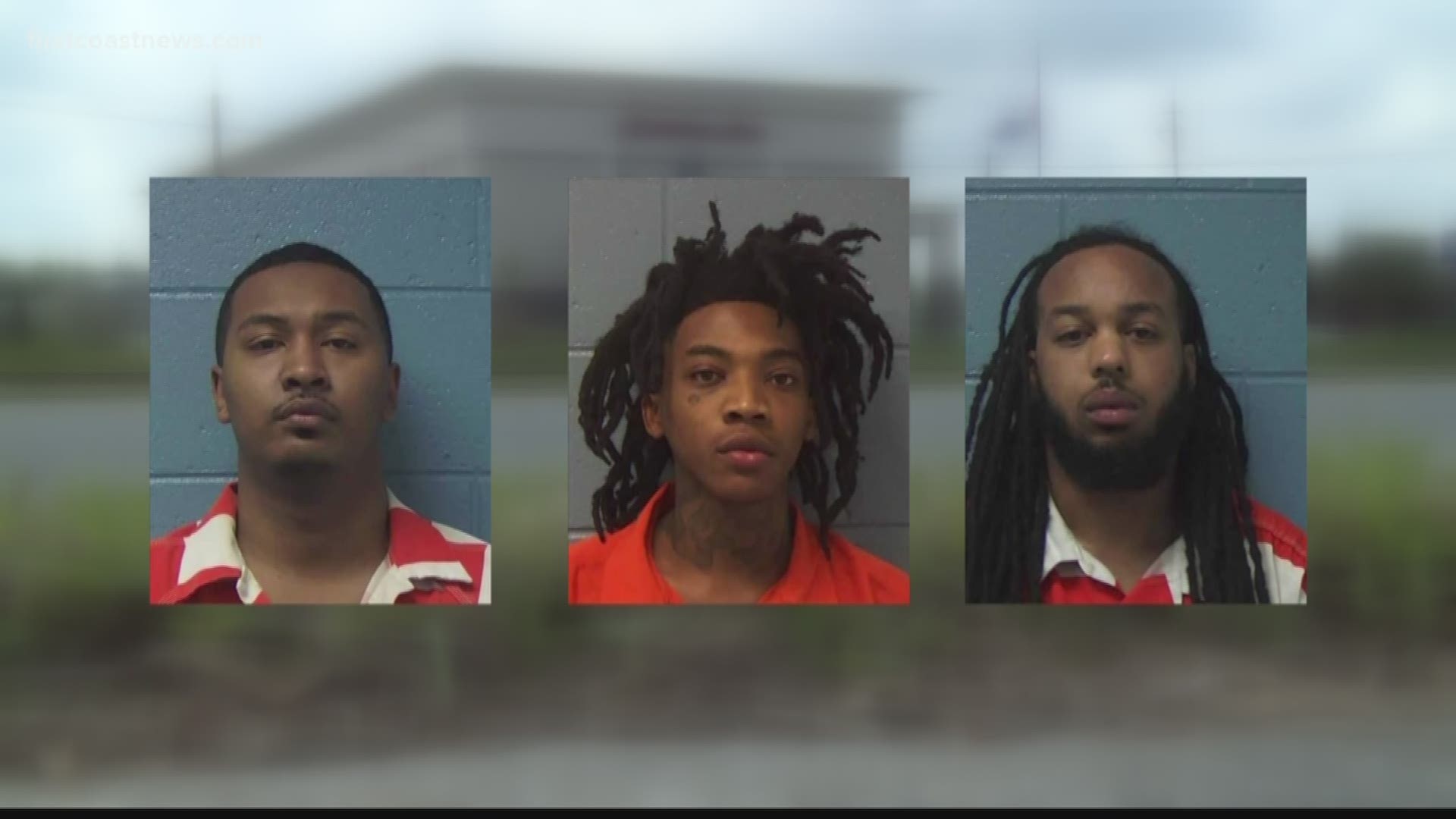 WAYCROSS, Ga. — Police have released the mug shots of three men who were arrested during an investigation into a deadly shooting in Waycross involving Jacksonville rapper Yungeen Ace.

Mark Isaac Jefferson, 26, Leroy Girard Whittaker, 18, and Devante Demorris Starks, 26, were all arrested after the Waycross Police Department responded to the shooting at the Hampton Inn at 1720 Brunswick Highway. All three men are from Jacksonville.

Police said they have received reports that a group of people was being chased by people with guns in the parking lot at around 3:30 a.m.

At the scene, police found the victim, 30-year-old Jeremy Alexander Brookins, near the hotel's pool area. Brookins had gunshot wounds to his body and was pronounced dead shortly after, police say.

Another victim, Dewayne Lamont Scott, 29, was found in a room inside the hotel with gunshot wounds and was rushed to a hospital, police said.

Attorney David Hass said his client, rapper Yungeen Ace, real name Keyanta Bullard, and his group were ambushed as they returned to the hotel.

The attorney said Bullard and his group are being cooperative with the Waycross Police Department as they investigate the case.

In June 2018, Bullard found himself in the middle of a deadly ambush that took place in Jacksonville's Southside.

Bullard was the lone survivor of a shooting that took place near the Town Center Mall. Killed in the shooting was his brother Tre'von Bullard, 18, and friends Royale D'Von Smith Jr., 18, and Jercoby Da'Shad Groover, 19. In that shooting, police said a car pulled up and began firing at the vehicle the four teens were sitting in.

RELATED: Jacksonville rapper says he grew up in city 'trap' house, describes 2nd brother shot in front of him