First responders said a moving company was in the process of moving a vacant mobile home to the Northside when it collapsed, trapping an employee. 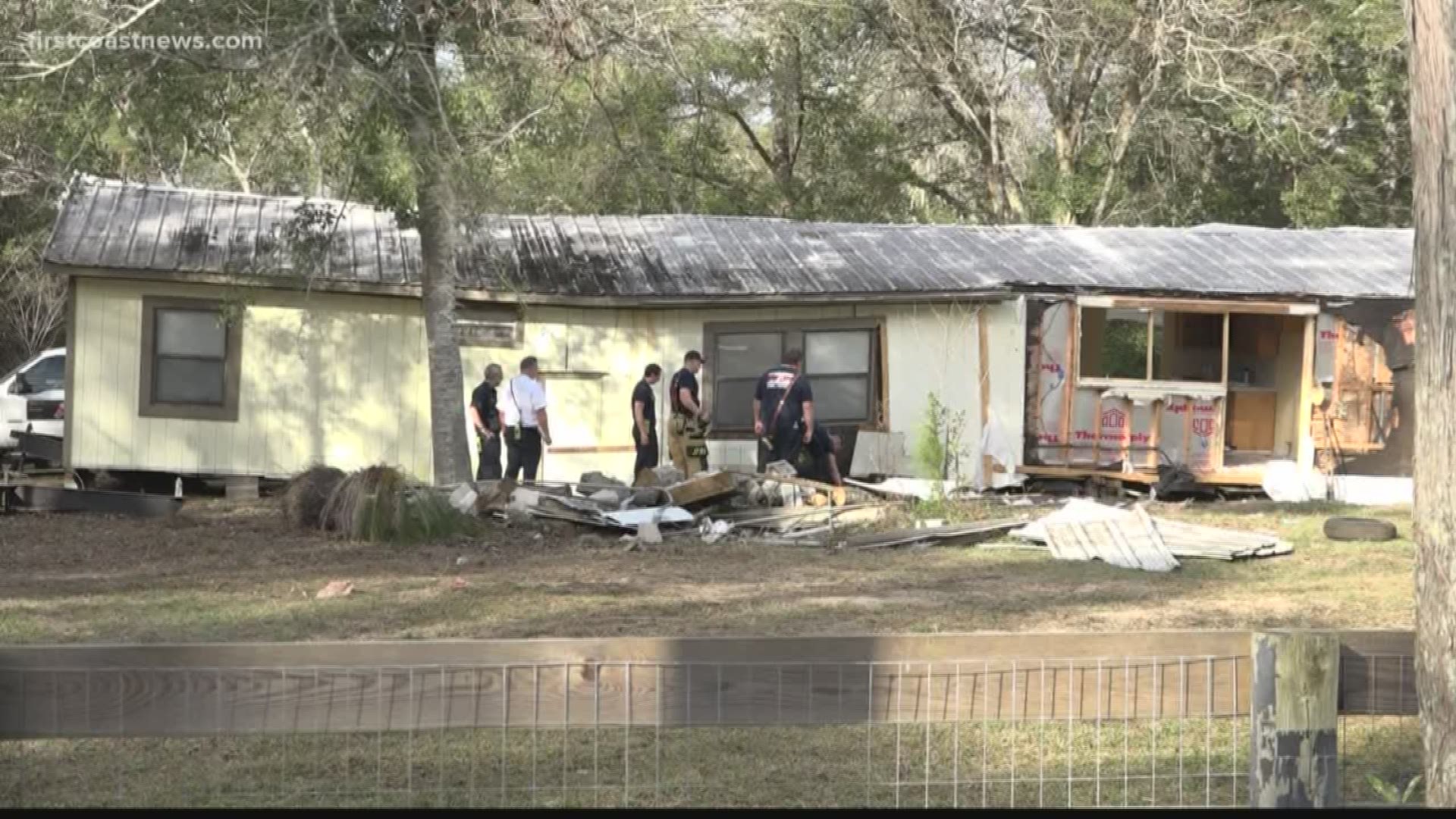 JACKSONVILLE, Fla. — An employee with a moving company has died after a mobile home the company was trying to relocate collapsed in Jacksonville's Del Rio neighborhood Tuesday, according to the Jacksonville Sheriff's Office.

The Jacksonville Fire Rescue Department tweeted about the collapse in the 12200 block of Plummer Grant Road at 2:44 p.m.

Tom Copper who lives next door said no one lived inside the home and that it had been vacant for years. He also told First Coast News a moving company called New Beginning & Start LLC, was in the process of moving the vacant mobile home to the Northside when it collapsed, trapping an employee. That employee was rescued and rushed to a local hospital in critical condition but was later pronounced dead, according to JSO.

Fire officials said they were forced to use airbags and lifters to raise the home and pull the victim out.

Copper also said the company had been trying to move the home for the past month but based on the conditions of the home, it shouldn’t have been touched. He said the mobile home's frame had also snapped.

“I’m just shocked that they were trying to get it moved," Copper said. "You can see that this thing wasn’t ready to go down any highway."

The Jacksonville Sheriff's Office is currently handling the investigation.