A Duval County mother says her son with special needs is falling behind in virtual learning at Duval County Public Schools. 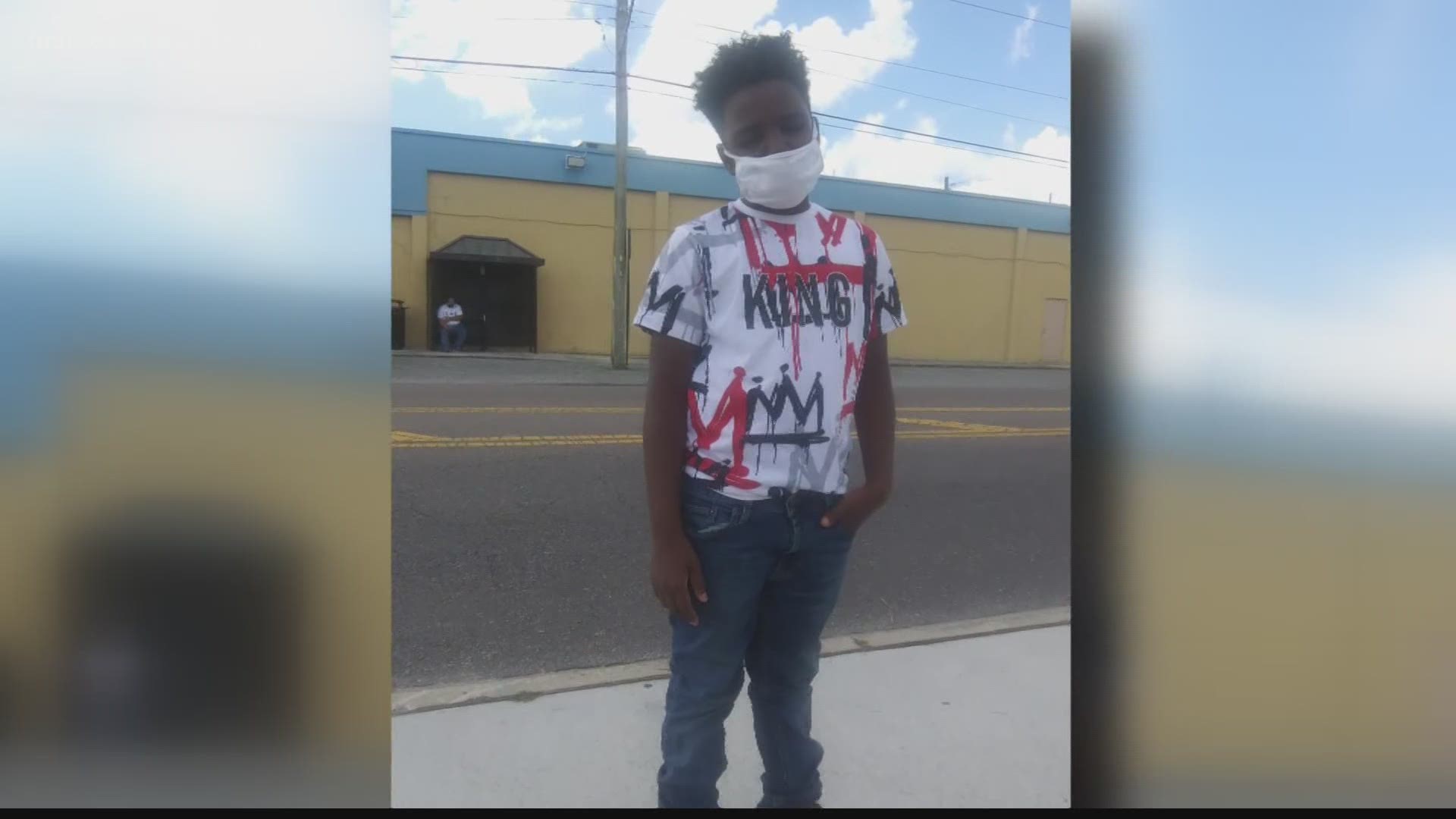 JACKSONVILLE, Fla. — The shift to distance learning can be a challenge for teachers, parents and teachers. It's posing even more challenges for a Jacksonville boy with special needs.

"I feel like he's going to get lost by the wayside, and he's not the only child experiencing this," Lisa Davis said.

Davis says her son with special needs is falling behind in virtual learning at Duval County Public Schools.

She says she's had problems with DCPS since her son was in first grade and had to hire an education lawyer. The pandemic and learning at home have made the problem worse for this family.

That platform is Duval Homeroom. Davis says her fifth-grader, Josiah Kimbrough, is already feeling completely lost. He has several special needs, including ADHD and dyslexia.

Davis says the pace of Duval Homeroom is way too fast for her son, and that's not her only concern.

“Not only is his microphone being turned off but also his chat feature. If he does not get the information, or if it goes by entirely too fast, it’s pretty much lost," Davis said.

“Of course with the distance learning environment, those services are going to look different," said Gail Roberts, executive director of exceptional education and student services at DCPS.

Roberts says she can't talk about an individual student but did say in general the first thing parents should do if they have concerns about their child's education is to get in touch with his or her teacher.

“A parent of a student with disabilities who is eligible for special education can always request an individual education plan meeting if they have concerns," Roberts said.

Davis says she's already tried that and her biggest fear is her son will fail fifth grade.

“If he gets put back because of this, that’s going to mess with him mentally," Davis said.

Davis tells First Coast News she had an issue with her son's laptop. She got a second one and continues to receive error messages.

This is Josiah Kimbrough. His mom Lisa Davis says his @DuvalSchools #DuvalHomeroom is going way to fast for him, his mic is turned off, he can't log onto his laptop, & more issues complicating his special needs. I'll have the response from DCPS & her story at 6 p.m. on @FCN2go. pic.twitter.com/8n4EaWFxcA