More than 100 people gather in Portland, despite BLM protest cancellation

A crowd of people who support the Black Lives Matter movement, as well as supporters of the police, gather in front of Portland City Hall and Portland Police Dept. 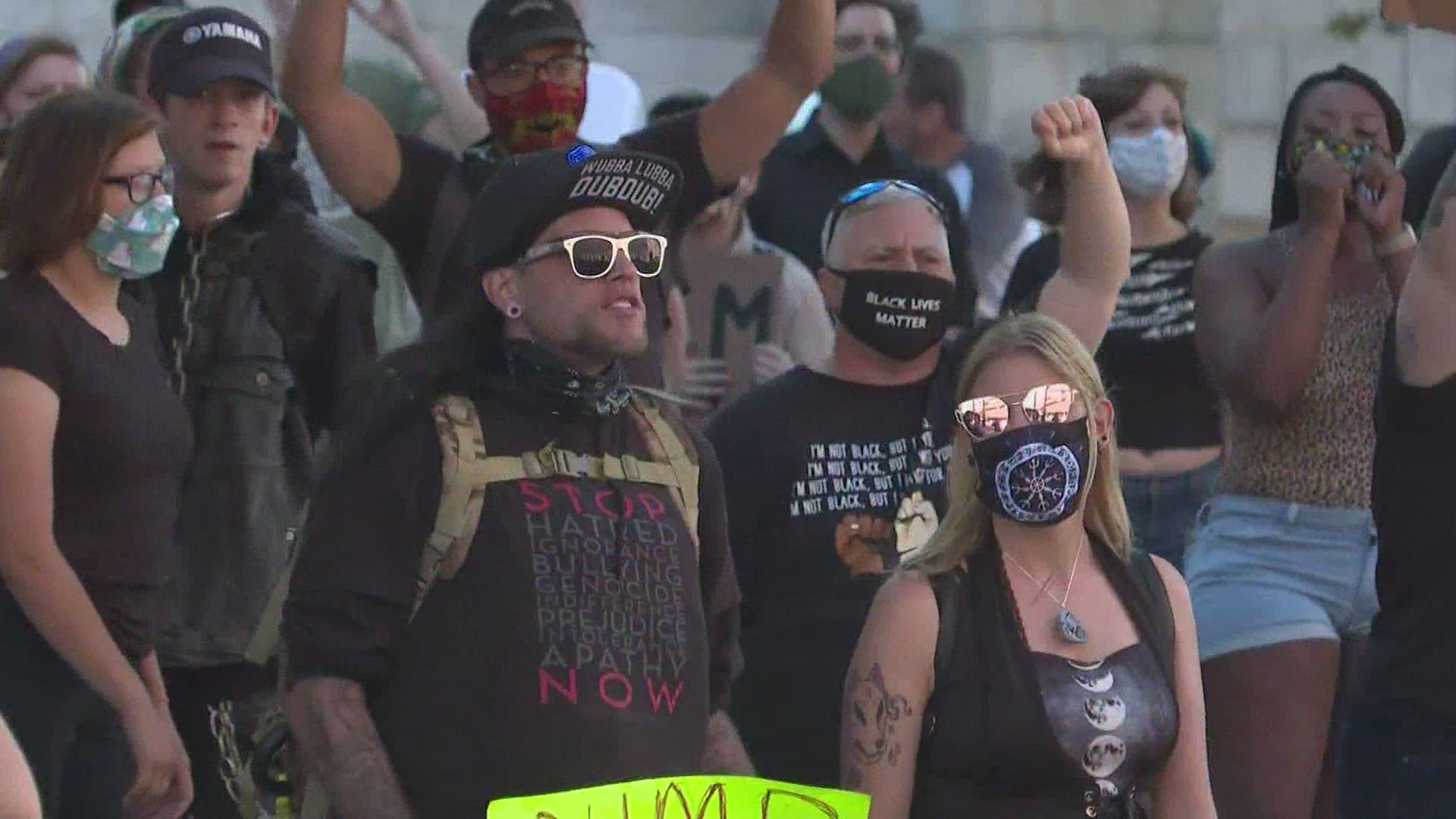 PORTLAND, Maine — More than 100 people gathered in Portland Saturday afternoon, despite the formal Black Lives Matter protest being canceled earlier in the day.

Past 5 p.m., when the original protest was scheduled to take place, a large group gathered in front of Portland City Hall and the Portland Police Department to protest racial injustice and police brutality.

This comes after BLM Maine canceled its protest, but the Maine People's Housing Coalition decided to stand with their friends at BLM Maine, even though there were threats to the group leading up to the event.

"Our community is hurt a lot by police, especially the homeless in the park," Adam Rice with the Maine People's Housing Coalition said.

People also turned out to show support for the police. The protesters and counter-protesters clashed in several exchanges.

"We'd love to sit down and talk with them. We'd love to be able to get along and be able to shake each others hands and co-exist with each other," counter-protester Shaun Hofton of Portland said.

One protester who shared her story with the group was Tanisha McKenzie.

"I want to spread the love. I want equality. That's all I've ever looked at anybody for and I want everybody to do the same," McKenzie said.

The BLM protest organizers postponed the scheduled protest earlier in the day, citing judgment and disappointment from city officials.

The protest was scheduled in response to the shooting of Jacob Blake, a Black man who was shot in the back by police in Kenosha, Wisconsin.

‘No justice no peace, the racist police’ protestors are now outside Portland Police Headquarters #NEWSCENTERmaine pic.twitter.com/n07MCcEje1

NEWS CENTER Maine's Jackie Mundry was in front of the Portland Police Department Saturday afternoon as the two groups gathered.

We will bring you updates as the situation develops.

Both BLM prospers and counter protesters have walked to Portland PD. Some officers are looking on #NEWSCENTERmaine pic.twitter.com/vKiMQSIKa4