More of 19th-century shipwreck at Crescent Beach unearthed; archeologists theorize where it came from

Beach erosion has revealed part of a ship from the 1800s. 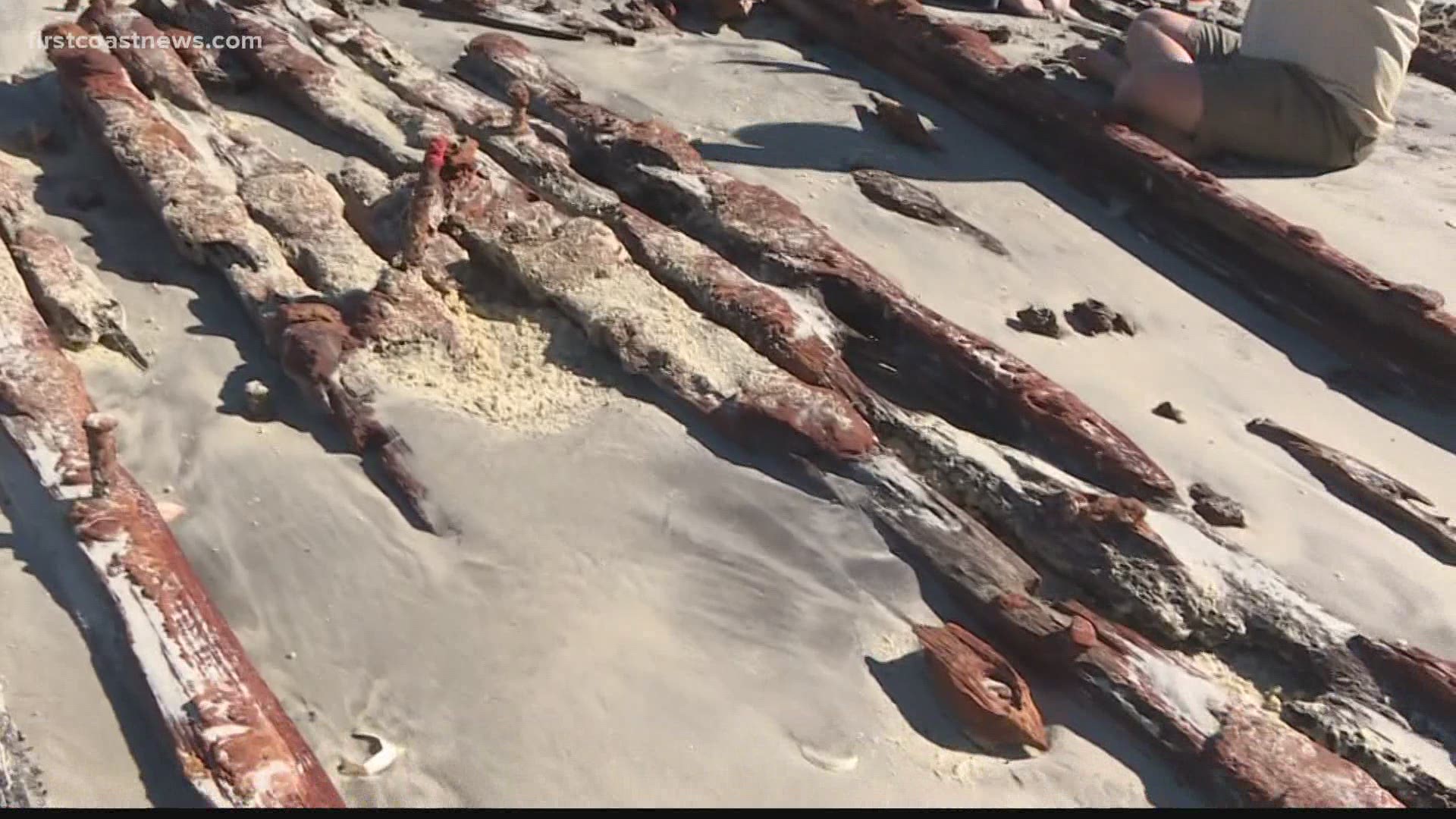 ST. JOHNS COUNTY, Fla. — "We saw all the activity and asked what’s going on," Lisa Snyder said. She is one of many people who stopped at the shipwreck site on Crescent Beach.

"We got to talk to some of the archaeologists," she said. "It's just fascinating."

Nick Budsberg is one of those archaeologists with the Lighthouse Archaeologology Maritime Program who is documenting and studying the wreck, just north of the Matanzas Inlet.

"A substantial part of the structure is still beneath what we can see," he noted.

Archeologists were on site for the third day Tuesday.

At high tide, waves washed right over the shipwreck Tuesday morning, revealing more and more of the vessel. It’s believed to be from the 1800s because of its construction and because of the frequency of shipwrecks along northeast Florida’s coast in the 19th century.

Beach erosion has pulled the sand off of the shipwreck over the years. Only this weekend, did parts of the buried ship poke through the sand.

The wooden planks that are visible would have been the bottom of the ship's cargo hold.

How did it get onto the beach?

Budsberg has theories. He said, "It might have been at the end of its life, and they ran it up on the beach and called it a day. Or it is possible it wrecked further out to sea and a portion of the ship made it to the beach."

Along with the pieces of wood, there are indications that the ship burned. Those burn marks tell archaeologists something about what happened to this ship.

"My gut is telling me the burning happened after the ship wrecked," Meide said, "Someone very well could have burned it for salvage purposes because then you shift through the ashes and pull out metal spikes and sell for scrap."