Sara Hastings says her 5-year-old son was pushed by another student Tuesday afternoon, leaving him with deep cuts to his forehead. 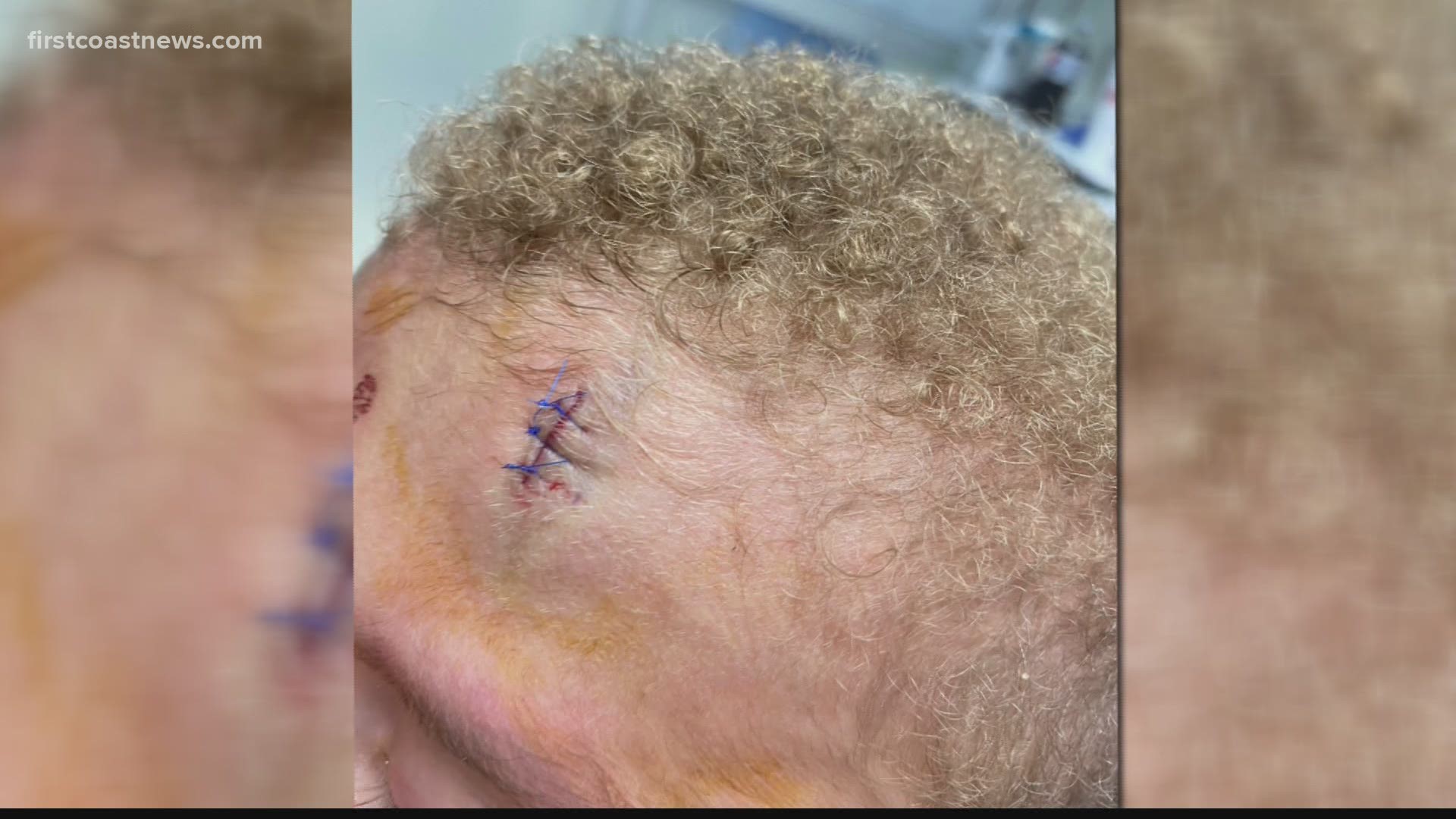 JACKSONVILLE, Fla. — It was not the way Sara Hastings hoped to see her son when she picked him up from Westview K-8 School Tuesday. He was bleeding from his forehead.

"The wounds weren't covered. You could physically see how deep they were on the head," she told First Coast News.

An accident report filed by the school says the five-year-old was pushed by another student just before dismissal, causing him to hit his head on a metal bookshelf.

The report says it happened at 2:20 p.m. Hastings was in the pick-up line and nine minutes passed before she says she was notified. "A head injury can go very south very quickly and needing to notify a parent is one thing. But also, notify an ambulance," Hastings said.

Credit: Courtesy: Sara Hastings
Sara Hastings says her 5 year-old son was attacked by another student at Westview K-8 Tuesday, leaving him with deep cuts to his forehead.

Her son has autism and went through brain surgery earlier this year.  Hastings says the school knew of his medical conditions but made no effort to call 911.

"When the question was raised to the school, 'Why wasn't an ambulance called', the response was, 'You were already on the property in the school and it was 10 minutes until dismissal,'" Hastings explained.

Attorney Belkis Plata is reviewing the school's handling of the incident and says she's been contacted by other families, and school staff, about their concerns over how the school responds to emergencies.

"Some of them would like to speak up, but they can't because they work for the same school board and they don't want to lose their employment," she said.

For Hastings, her son is her top priority and she wishes the school should have handled things differently.

"Right now, I am still trying to figure out what are my next steps because I do have a fear for his safety in his school," she said.

Hastings had a meeting with the school's principal Thursday but feels she is not getting complete answers.

She says she did get a response from Superintendent Dr. Diana Greene on Friday acknowledging what happened.

The district says the school will create a safety plan specifically for Hastings' son.