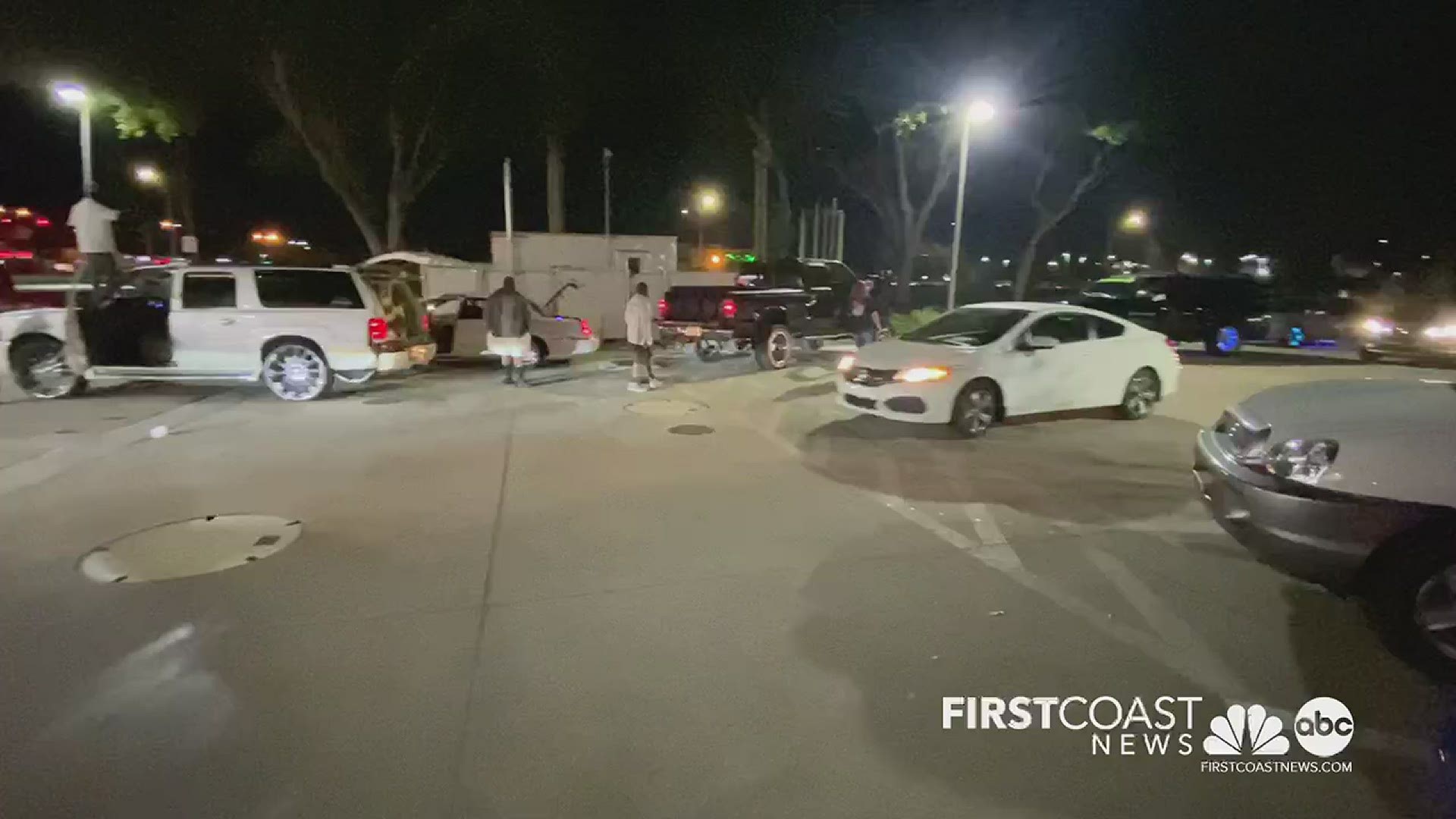 JACKSONVILLE, Fla — Monday marks eight years since 17-year-old Jordan Davis was shot and killed over an argument about loud music at a Jacksonville gas station.

On the eighth anniversary of the deadly shooting, more than 100 people gathered to remember Davis at the Gate gas station on Southside Boulevard where the shooting happened. Organizers of the event said 50 cars blasted music to honor the teen.

Davis was killed by Michael David Dunn at the gas station on Nov. 23, 2012. At the time, Dunn was a 45-year-old software developer.

Davis and three of his friends had stopped at the Gate convenience store when Dunn and his then-girlfriend pulled into a parking space next to the car the group of teens was in.

Dunn had complained to the teens that the music they were listening to in their car was too loud and asked that they turn it down. Dunn's girlfriend later told police that before he approached the teens, he told her "I hate that thug music."

An argument ensued between Dunn and the teens. After Dunn and Davis exchanged words, Dunn then fired repeatedly into the vehicle, killing Davis.

Dunn is white and Davis was Black. The crime gained national attention as it happened the same year as the death of Trayvon Martin, also in Florida, and amid increased scrutiny of the deaths of young Black teens.

His mother, Congresswoman Lucy McBath, and I spoke on Saturday night about our dreams and desires for our son. We will continue our positive efforts to make a better community for youth across this nation by crafting safe gun laws and I will help feed disadvantaged families around the globe with The Jordan Davis Foundation.

As always we thank so many of you who cared for Jordan and carried him in your heart. You may see Jordan in your own children as you raise them in these uncertain times.

Please think of Jordan during this Thanksgiving holiday and hug your loved ones even closer.