Moms donate breast milk to baby who survived crash near Gainesville that killed her parents, brother

Six-month-old Maggie Hesling was the only survivor of a wrong-way crash Saturday night. Her mother's best friend asked for help keeping the little girl fed. 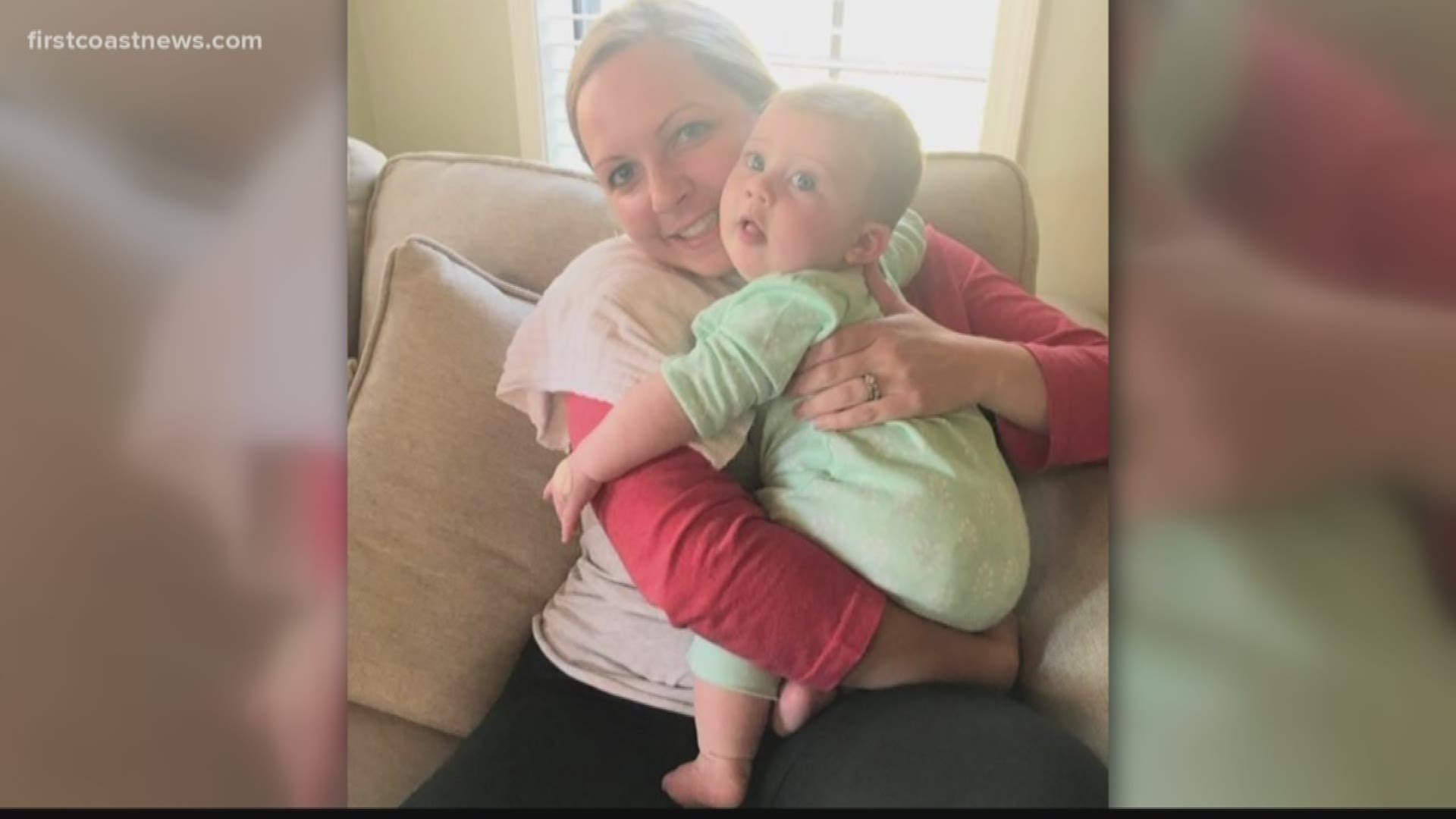 JACKSONVILLE, Fla. — When her best friend was killed in a horrific crash Saturday, Emily Burnside knew she had to do something for Brittany Hesling's 6-month-old daughter Maggie, who was the only family member to survive.

Burnside was concerned because Maggie was used to breast milk. Burnside posted to Facebook asking if any mothers would be willing to donate their's to the little girl. The response: thousands of messages and texts from woman eager to help.

"So, we have exceeded our goal and have two deep freezers full of Maggie's milk," Burnside said.

She said more than a dozen mothers donated, and others are on a waiting list to provide more.

"We have been able to bless Maggie with a huge supply," she said.

Maggie's mom, Brittany Hesling, her father Chris Hesling and her 4-year-old brother Jack Hesling were killed when they were struck by a wrong-way driver near Gainesville. The driver of the other car died as well.

Burnside got word of the tragedy on her birthday.

"I woke up and my brother was knocking at my door and I knew something was wrong," Burnside said. "He held me and said 'Emily, there has been an accident' and said 'Chris and Brittany are gone.'"

The Heslings, who were high school sweethearts and prom king and queen, were killed instantly, Burnside said. Little Jack died later at the hospital.

"My whole life has been a blur since that day," Burnside said.

She said the outpouring of support from the community has been a comfort. Friends put up an Amazon registry for diapers and wipes for Maggie and it sold out in 10 minutes.

The little girl is now being cared for by grandparents. Burnside said she'll make sure Maggie knows all about her parents and her big brother.

"I look forward to telling her stories about them, as well as Jack, and he only lived four years, but the four years he was here was so powerful to his family," Burnside said, "so I want to let her know how much her big brother loved her."

1 / 9
Emily Burnside
Maggie Hesling and her brother Jack Hesling are pictured together. Four-year-old Jack Hesling died along with their parents in a crash near Gainesville.