Miraculous recovery: Firefighter checking out of hospital 6 weeks after crash

A veteran firefighter from Blackshear, Georgia was hit by a car on a busy highway while he was helping kids cross the street at a local school. He is recovering at Brooks Rehab in Jacksonville and is finally heading home. 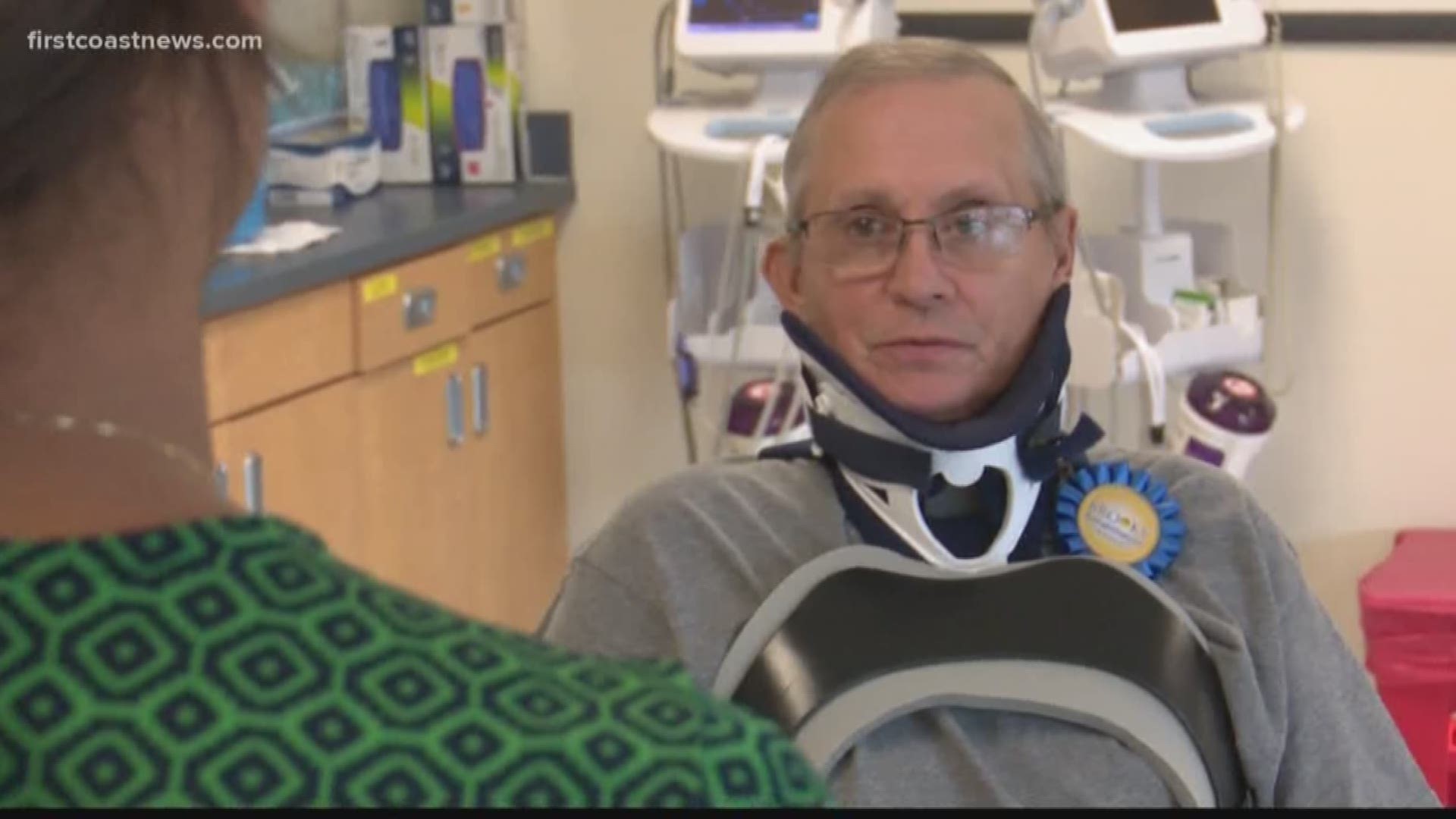 A veteran firefighter from Blackshear, Georgia was hit by a car on a busy highway while he was helping kids cross the street at a local school. He is recovering at Brooks Rehab in Jacksonville and is finally heading home.

The city was trying to put a light along Highway 84 near the schools for some time.

The On Your Side team helped them get what they needed. The city just got word that a new light will be installed before the next school year.

The firefighter, Johnnie Anderson, dealt with a laundry list of injuries. He said he had multiple surgeries at UF Health after a brain bleed, internal bleeding, and neck and back fractures.

Six weeks after this major accident could have taken his life, he will check out of Brooks Wednesday morning.

"We're like a big family," Anderson said. "Everybody helps everybody."

Anderson said he'd only been helping out the kids for a couple of months before the accident and he doesn't remember anything.

"I actually didn't know where I was at when I first got to Brooks," said Anderson.

The 59-year-old has been a firefighter in Blackshear for over 30 years. In a small town, everyone does their part to help. When the police chief asked if he could help kids cross Highway 84, he responded, "I'd be more than happy to."

Police Chief Chris Wright said they'd been trying to get a light at the corner at County Farm Road for years. He said it's the most dangerous intersection in the city.

"When you got 1,300-1,400 cars that go within 30 minutes every morning and come out in the afternoons, you need something," said Anderson.

Finally, the Georgia Department of Transportation told city leaders they will be installing a light in August. The safety improvements will enhance the intersection and first responders will not be needed in the middle of the intersection directing traffic.

"This took all these years to get it," said Anderson. "We've had a bunch of wrecks but I guess it took me getting hit."

Over the last six weeks, Anderson has regained many of his motor skills. He can now walk short distances with little assistance. Now, he said he's ready to get home.

Chief Wright says the city will be welcoming Anderson home with a police escort through Main Street.

"Once I get home I still have to go to Rehab, and it'll be a little bit before I get going the way I want to," said Anderson.

His doctors said Anderson will be walking on his own again soon. Anderson plans to head back to work once he's able.

Blackshear Police Chief Chris Wright says the crash is still under investigation. The Georgia State Patrol is handling that investigation.