Changing Homelessness' CEO Dawn Gilman says the 35 agencies in Jacksonville have worked together to help about 2,000 homeless people in August alone. 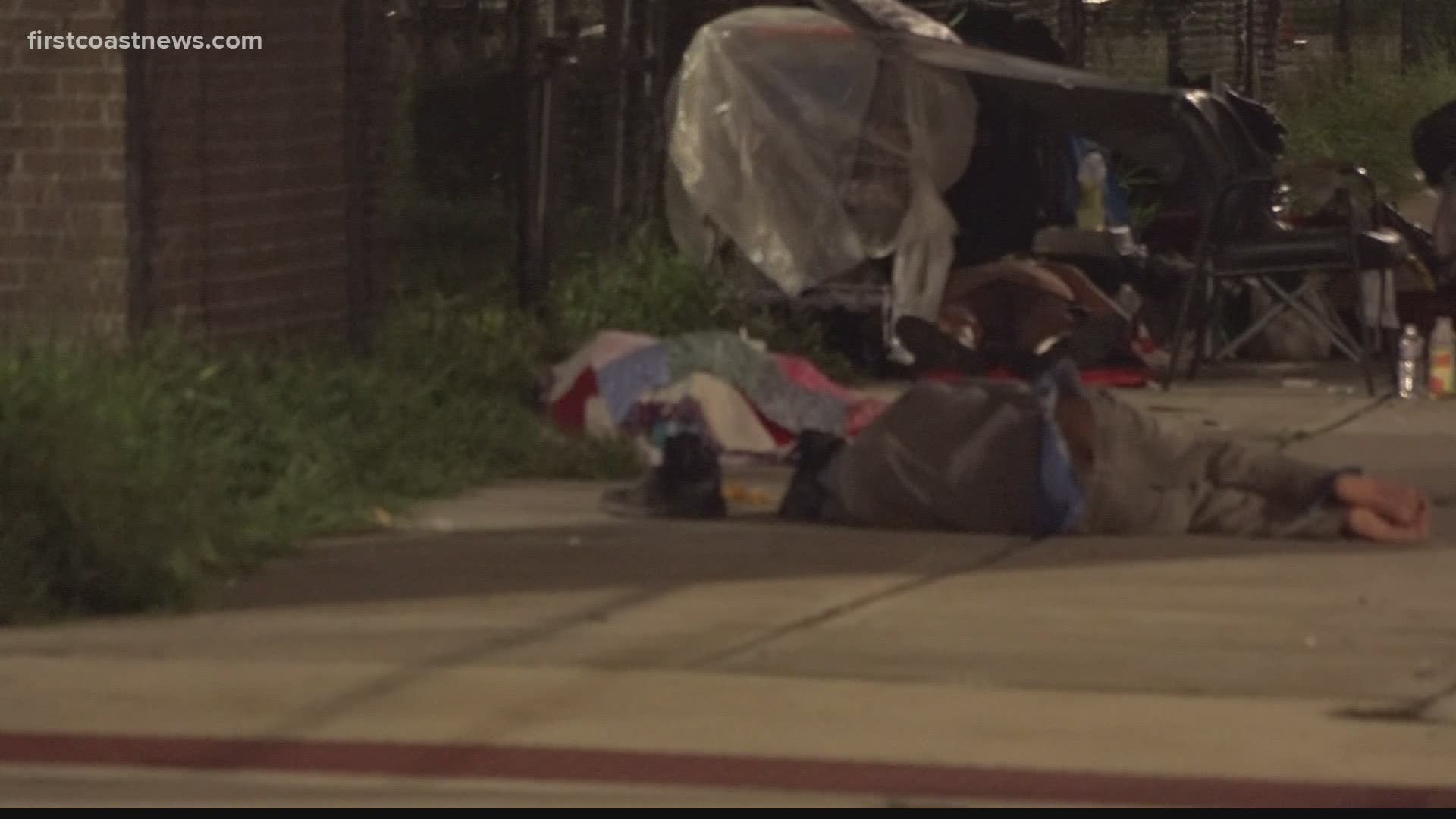 JACKSONVILLE, Fla — Nearly 2,000 homeless people in Jacksonville have received help in August from Changing Homelessness and the 35 other agencies that work together under the local nonprofit.

The homelessness issue is evident on street corners in Downtown Jacksonville as people create makeshift beds with trees and benches.

Changing Homelessness CEO Dawn Gilman says the organization is receiving $1.2 million from the state on Sept. 1 to fight the issue and another $1.7 million from the city in October. The money comes from the HUD Emergency Solutions Grant.

She explains the city grant gives Changing Homelessness money to move people to hotel and motel rooms. The state grant will focus on moving people out of hotels and into a permanent home in 30 days or less.

While it is too early for Gilman to know the impact the pandemic has had on the homeless population, she says as more places remain closed and many of us remain home we are noticing more homeless people. She says it's perception.

The issue becomes more glaring when we have a home to go to, but hundreds on the streets do not. Gilman says this may bring about more awareness to the local problem.

“The good news is our service providers know how to work with people and help them find housing and help support them once they’re in that housing," Gilman said.

Since March 17th, she says they’ve moved 50 homeless veterans households off the streets with money from the CARES Act.

“I am cautiously optimistic that with this first round of funding we can at least stem the tide and help the people that are already homeless and extremely vulnerable to this virus," Gilman said.

The city of Jacksonville has a shelter task force that’s been working since March to screen people coming into shelters and provide places for isolation if needed.

Gilman explains that although drugs and mental illness do play a part in the homelessness issue, there are two other factors that play a bigger role. One being disabilities.

She says a large number of our homeless population are disabled and on fixed incomes. If they lose their housing, they often end up on the streets unable to find new housing.

The other issue deals with housing options.

“The fact that in the last 20 to 30 years, wages have not kept up with home prices and we have not been building enough deeply affordable housing," Gilman explained.

She's hoping another round of the CARES Act will be passed with affordable housing involved in the funding.

RELATED: Hundreds of homeless people tested for COVID-19 in Jacksonville, all are negative

RELATED: 'You have to give it all you have': Jacksonville teen Martin Folsom overcomes homelessness, graduates valedictorian