A military helicopter made an emergency landing at Middleburg Elementary School. 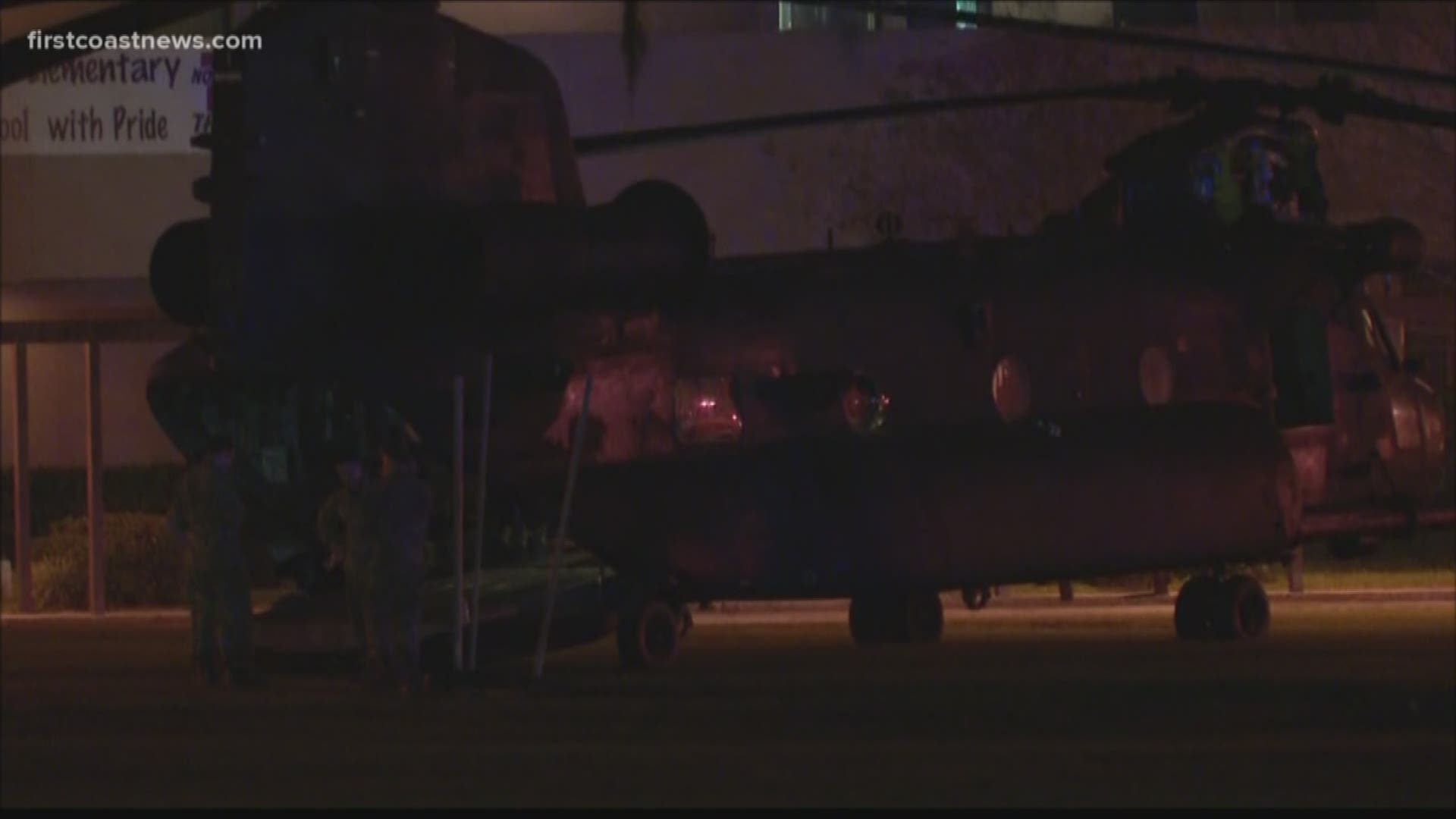 MIDDLEBURG, Fla. — No injuries were reported after an Army helicopter from Savannah made an emergency landing on a playground at Middleburg Elementary School Tuesday night, according to the Clay County School District Police Department.

Police Chief Kenneth Wagner said the Chinook helicopter was circling the area at around 7:15 p.m. when it had to make an emergency landing. The Clay County Sheriff's Office said the landing was due to a mechanical issue.

The helicopter safely landed on the school's playground and is expected to lift back off by around midnight, according to Wagner. Wagner said there was no damage to the school and classes should not be impacted Wednesday morning.

It is unknown how many people were on board at the time of the landing, but Wagner said officers made contact with the pilot and were able to confirm that no one was hurt. It is unknown why the helicopter was in the area.