Former Navy Capt. John Nettleton is charged with lying to investigators following the mysterious death of a base civilian whose wife was his lover. 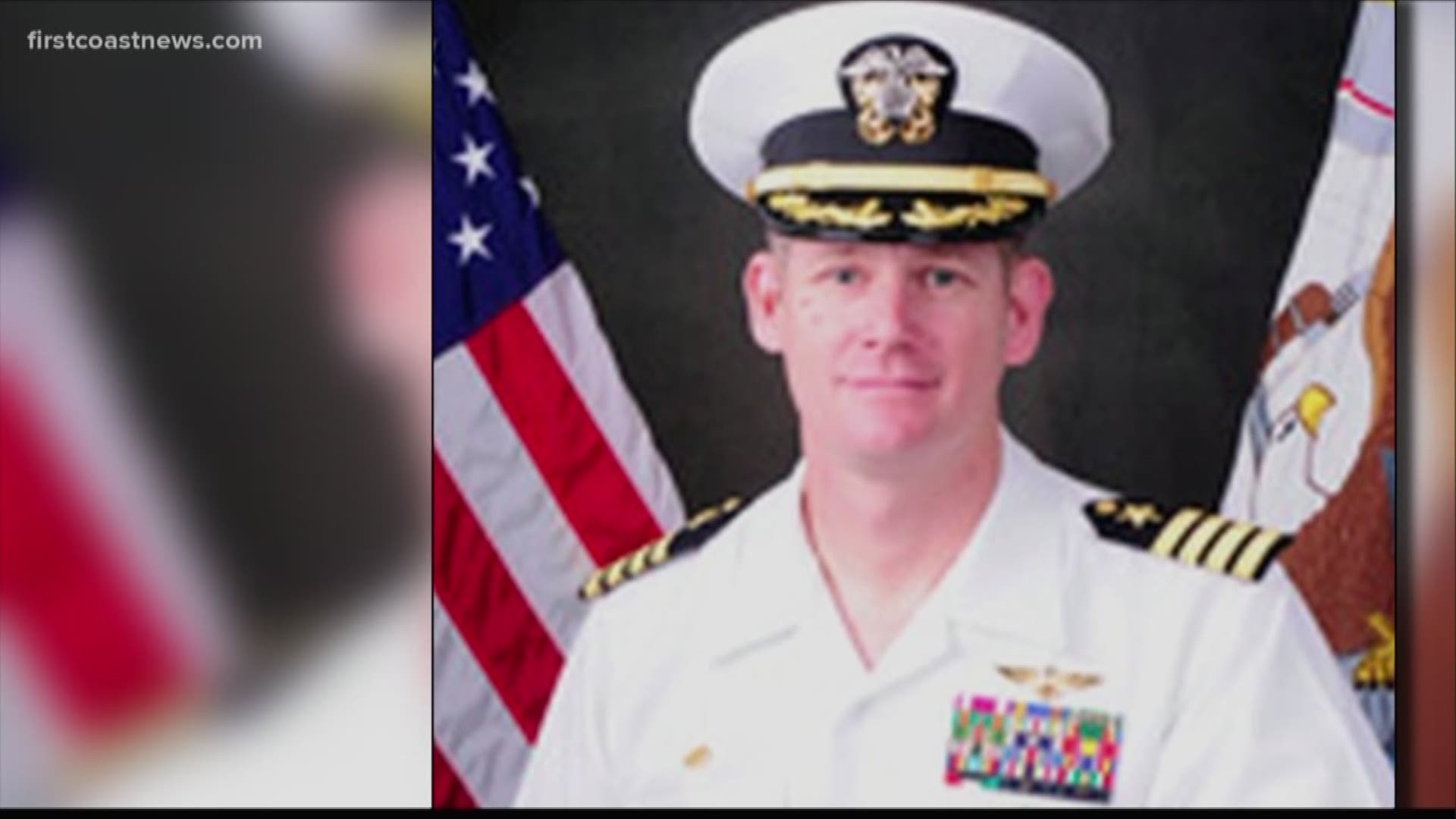 JACKSONVILLE, Fla. — A jury of 10 women and two men -- most with strong military ties -- will decide the fate of a Navy captain accused of lying to federal investigators and obstructing justice.

The jury was selected Monday from a pool of 50 people, a handful of whom had heard about the high-profile case.

Retired Capt. John Nettleton, the former commander of Naval Base Guantanamo Bay, is facing 10 criminal charges stemming from alleged interference in the death investigation of a base civilian worker in 2015. According to a federal indictment issued last January, Nettleton misdirected and stonewalled investigators as they searched for 42-year-old Christopher Tur. Tur’s body was found two days later floating in Guantanamo Bay.

Investigators say Nettleton failed to mention he and Tur had engaged in a bloody fistfight the night he went missing after Tur accused the commander of sleeping with his wife. Nettleton isn’t charged in Tur’s death, but he is charged with lying to investigators. He has pleaded not guilty.

The fact that the case involves death but not a murder has proved complicated for all sides. District Judge Timothy Corrigan noted as much at a final hearing Monday following jury selection.

“This is a very difficult case from an evidentiary standpoint because the things people want to talk about … you could make the argument that 50 percent of what I’m going to hear is not necessary,” he said.

He conceded that some of that testimony is necessary for both sides to “paint a picture” of events for jurors.

Defense attorney Terrence Lenemon pushed the judge to allow testimony that Tur had prior suicide attempts and an alleged history of domestic violence.

Government attorney Todd Gee has pushed to introduce more postmortem evidence, like drift patterns related to where Tur’s body was found, and autopsy photos of his injuries. The medical examiner found Tur suffered fractured ribs and a head injury prior to drowning.

Corrigan said Monday he would allow limited testimony on disputed topics, including the medical examiner’s theory that Tur died as a result of suicide even though he listed the official manner of death as “undetermined.”

Corrigan cautioned, “the lawyers are really going to have to walk a line here,” saying the trial is only about the charges against Nettleton and not about how Mr. Tur died.

Opening statements are set to begin at 9:30 a.m. Tuesday.