Officials said the park and parking lot areas will now be open Friday through Monday and will only be closed for three days; Tuesday, Wednesday and Thursday. 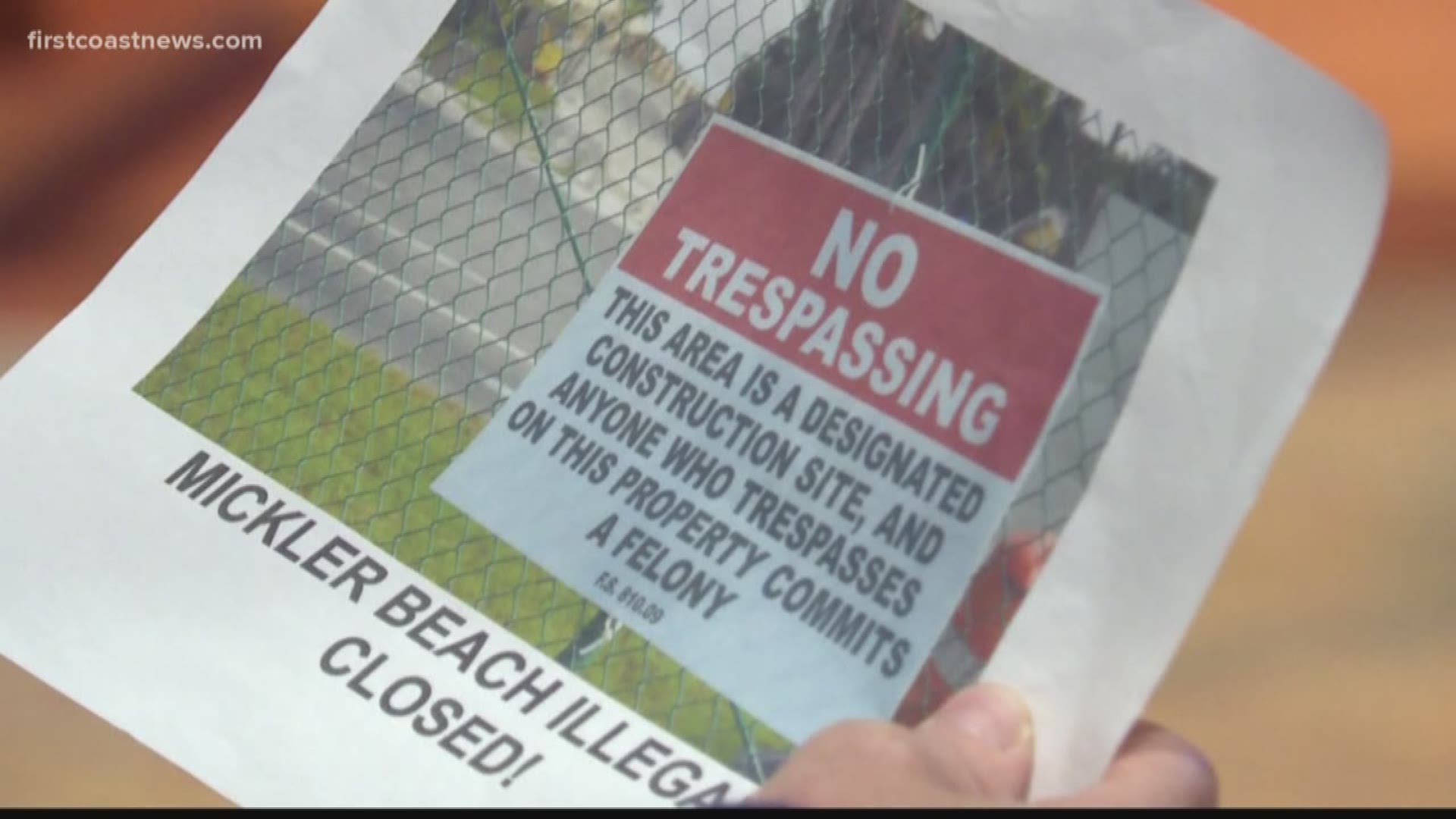 St. Johns County officials have amended the dune reconstruction schedule for Mickler's Landing Beachfront Park allowing public access to the beach four days out of the week, according to a Friday release.

Officials said the Ponte Vedra park and parking lot areas will now be open Friday through Monday and will only be closed for three days; Tuesday, Wednesday and Thursday. This schedule is set to be in effect from November of 2019 to February of 2020, the release said.

Construction activity will take place on the beach North of the park while the park and parking lot remain open to the public.

According to the release, "this amended schedule prioritizes public safety while allowing the dune reconstruction project to proceed as expeditiously as possible."

Initially, there was public outcry from individuals in the community about the amount of time that the beach would be closed to the public during the renourishment project.

The construction project was going to require an entire shutdown of the area for five days a week.

County Commissioners approved a private plan to let some homeowners place Geo-tubes, similar to large sandbags, near a dozen homes. The goal is to help slow erosion following Hurricanes Matthew, Irma and Dorian.