"The damage below turned out to be the vault where the scrolls were buried back in 1924 when the park was opened," said Kate Hallock. 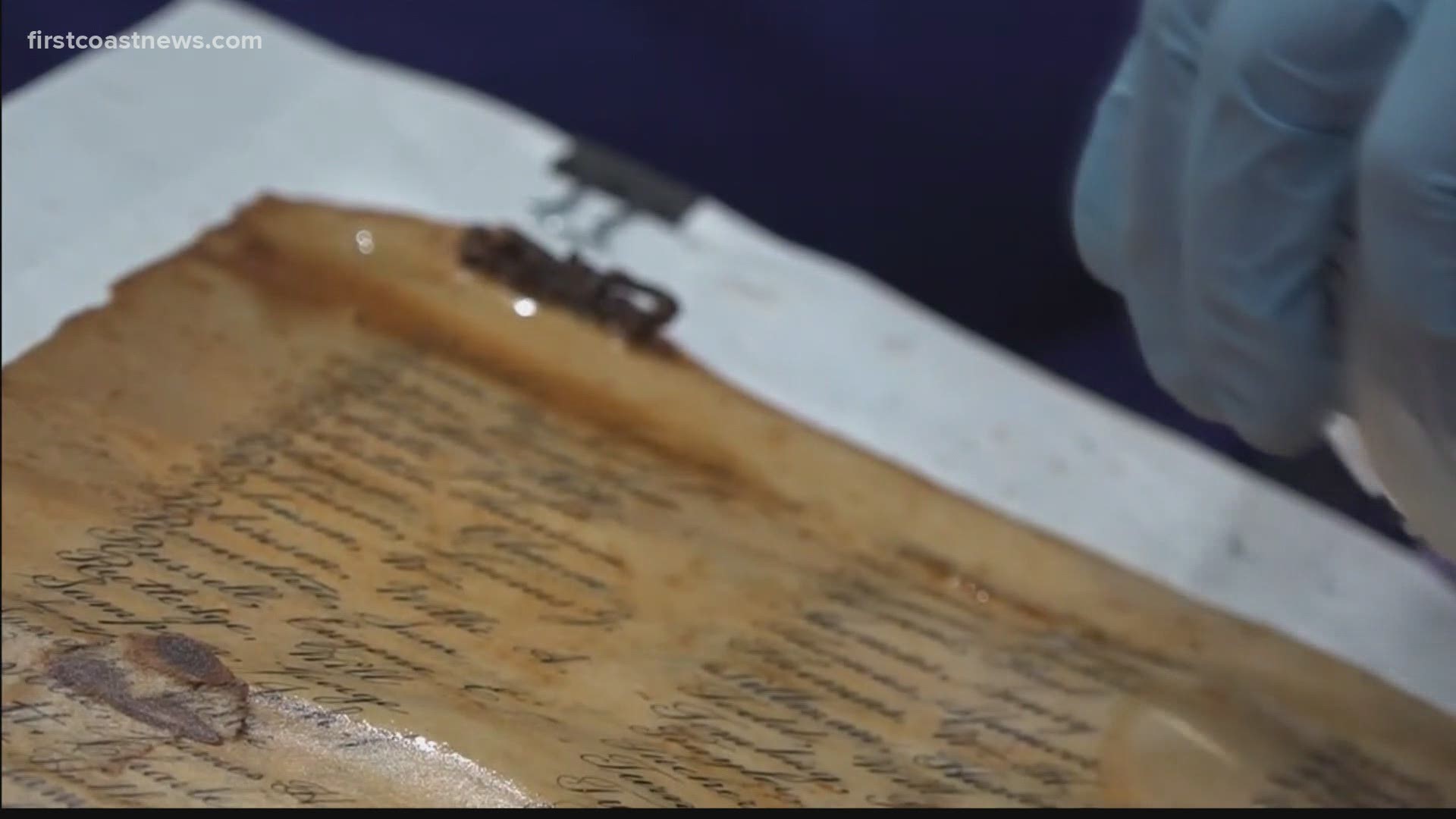 JACKSONVILLE, Fla — Memorial Park was built in 1924 to honor Floridians who died in World War I. It pays tribute to 1,220 individuals: One woman and 1219 men.

"It is anybody who lived in Florida that is part of this," said Kate Hallock.

The park, which is approaching its 100th year, has been a focal point in the Riverside community, a place of fun and pleasure.

However, in 2017, Hurricane Irma's storm surge changed the look of the park.

The iconic balustrade that lines the grounds between the park and the St. Johns River was pushed off its foundation. Meanwhile, the sculpture, Spiritualized life, was below ground.

Hallock is with the Memorial Park Association, a group of volunteers responsible for the park's upkeep.

"The damage below turned out to be the vault where the scrolls were buried back in 1924 when the park was opened," she said.

A year after Irma, the association decided to open the vault and discovered the reach of Irma.

"They were originally going to open them here in the park, but one of the [...] the scrolls had gotten wet in the form of a big ball," said Hallock.

To salvage history, the scrolls were taken to the Lighthouse Archaeological Maritime Museum in St. Augustine.  Anne Siebert a paper conservator, saved the documents.

"It took them about two months of work, about eight weeks of work to do that on six pieces but they were tiny pieces," said Hallock. "It was like a jigsaw puzzle. The neat thing is the ink didn't run."

They are now in the public library between sheets of glass and will be on exhibit in the MOSH this November.

Work on the balustrade will be completed this Summer. Hallock said the park is back and it is bigger and better.

"We see a lot more people in the park," Hallock said. "I think COVID-19 can be attributed to adding to that; people just came back in droves it is a wonderful park."