Properties you’re sure to recognize including 17 of the tallest 30 in town all designed by KBJ architects who have drawn plans for 50 buildings downtown. 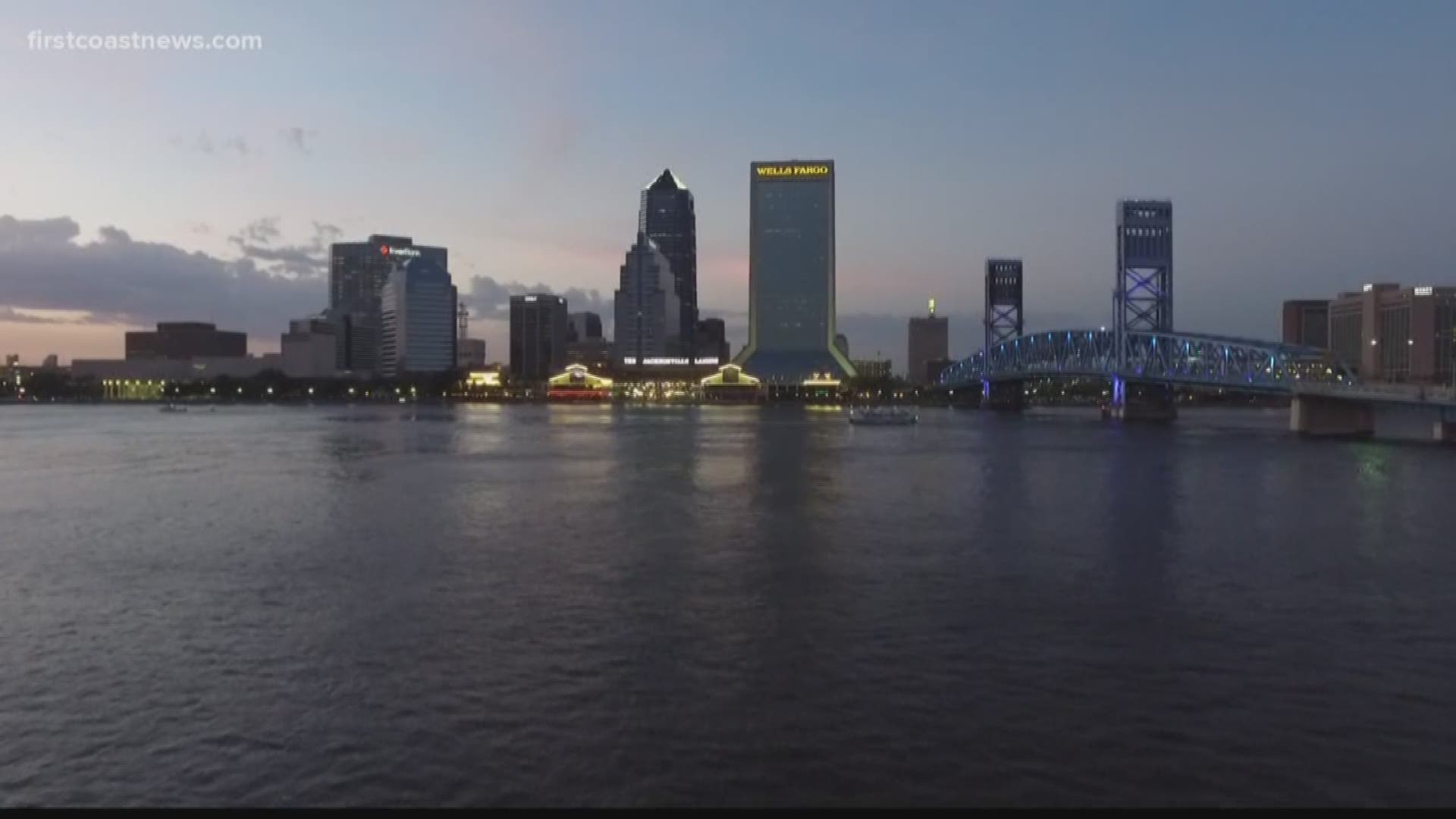 JACKSONVILLE, Fla. — If you look around downtown Jacksonville and across the river to the Southbank – you can see the tallest buildings.

But of the top 6 – could you name who designed them? Well, the answer is the same.

From Rensing’s office, he can for miles. At every window, in every direction, he can point to a building designed by the firm.

“We’ve done over 50 projects here in the downtown area," Rensing said. "And besides the hundreds of projects, we’ve done in the Jacksonville area.”

Properties you’re sure to recognize, including 17 of the 30 tallest in town.

Looking from Riverplace Tower, Jacksonville’s highest point from 1967 to 1974 had a clear view of the other tall KBJ projects. Some of those included the Wells Fargo, BB&T and TIAA Bank buildings.

The Times-Union Center for Performing Arts and CSX headquarters are also in the company’s portfolio. Tucked behind the buildings on the river, the Bryan Simpson Federal Courthouse.

There is one building that holds a special place for Rensing, the VyStar Building.

“This is one of the first projects I worked on,” Rensing said.

That was in 1987 and you can see a companion building in the drawing was later scrapped.

“If you take a look at all the buildings, they all look pretty different," Rensing said. "The reason they look different is because the client involvement is so critical to us.”

Take the Duval County Courthouse for example, which was lambasted at the time for its hefty budget and construction changes by the City. Rensing said ultimately space proved to be one of the firms crowning achievements.

Similar to a $7 billion airport terminal design in Xi’an, China. A one of a kind facility drawn by architects in KBJ’s First Coast office.

“I think it gives us a lot of pride in Jacksonville,” Rensing said.