ME rules cause of death for Jacksonville football star Louis Nix is drowning, alcohol found in system

The former Raines High School football player would go on to play for Notre Dame as a defensive tackle. 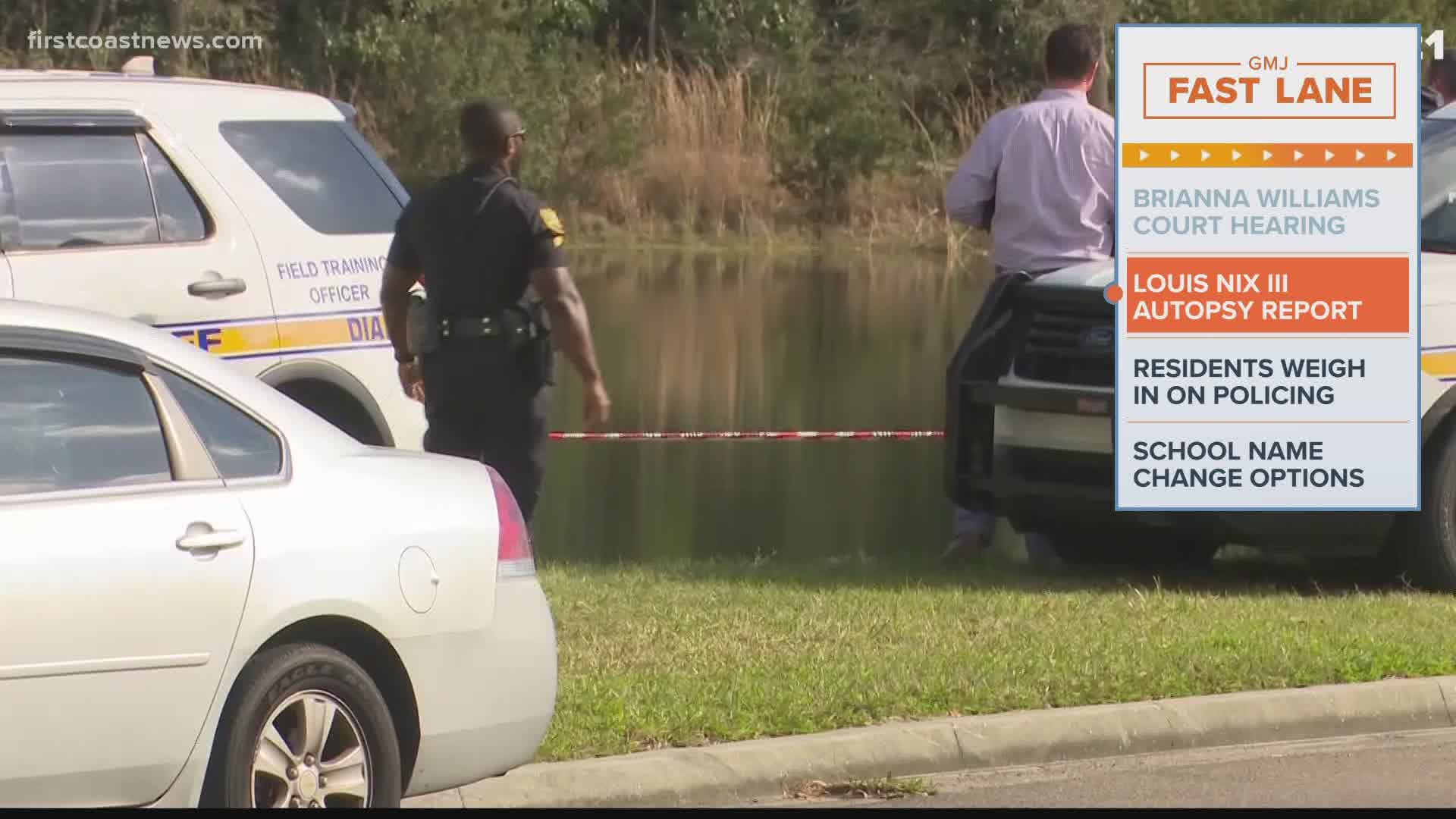 JACKSONVILLE, Fla. — The death of Jacksonville football star Louis Nix III, who died earlier this year when his vehicle crashed into a retention pond, has been ruled a drowning according to a report from the Medical Examiner’s Office.

The autopsy report also claims that alcohol and traces of drugs were found in his body.

The 29-year-old was reported missing Wednesday, Feb. 24, when officers responded to the area of 1700 West 42nd Street.

The Sheriff's Office issued an advisory saying it was attempting to locate Nix to ascertain his safety.

Three days later, officers pulled a car from a retention pond near Nix’s apartment on Broxton Bay Drive. His mother later confirmed to First Coast News that Nix had been found dead. Two days later, JSO also confirmed that he was dead.

The Medical Examiner's toxicology report says that Nix had a Blood Alcohol Concentration (BAC) of .192 at the time of the autopsy.

According to Alcohol.org, a BAC near that range could result in stupor, confusion and disorientation. Nausea and vomiting are also likely to occur.

There was also a small presence of THC in his blood, according to the report.

The former Notre Dame defensive tackle and Raines High School football player was the victim of an armed robbery that ended with him being shot back in December.

The ME report also suggests that a fragment of a bullet was removed from Nix's body postmortem.

Old videos from Notre Dame Athletics show Nix talking about his football career and his life in Jacksonville.

“I’m just a guy from Jacksonville Florida," Nix said in the video. "Northside of Jacksonville. In the hood, ‘You won’t do much. You won’t make it.’ And that’s what a lot of people told me, that I wouldn’t make it. And look at me now.”