According to the City, during the last year, improper recycling has cost the city over $530,000. 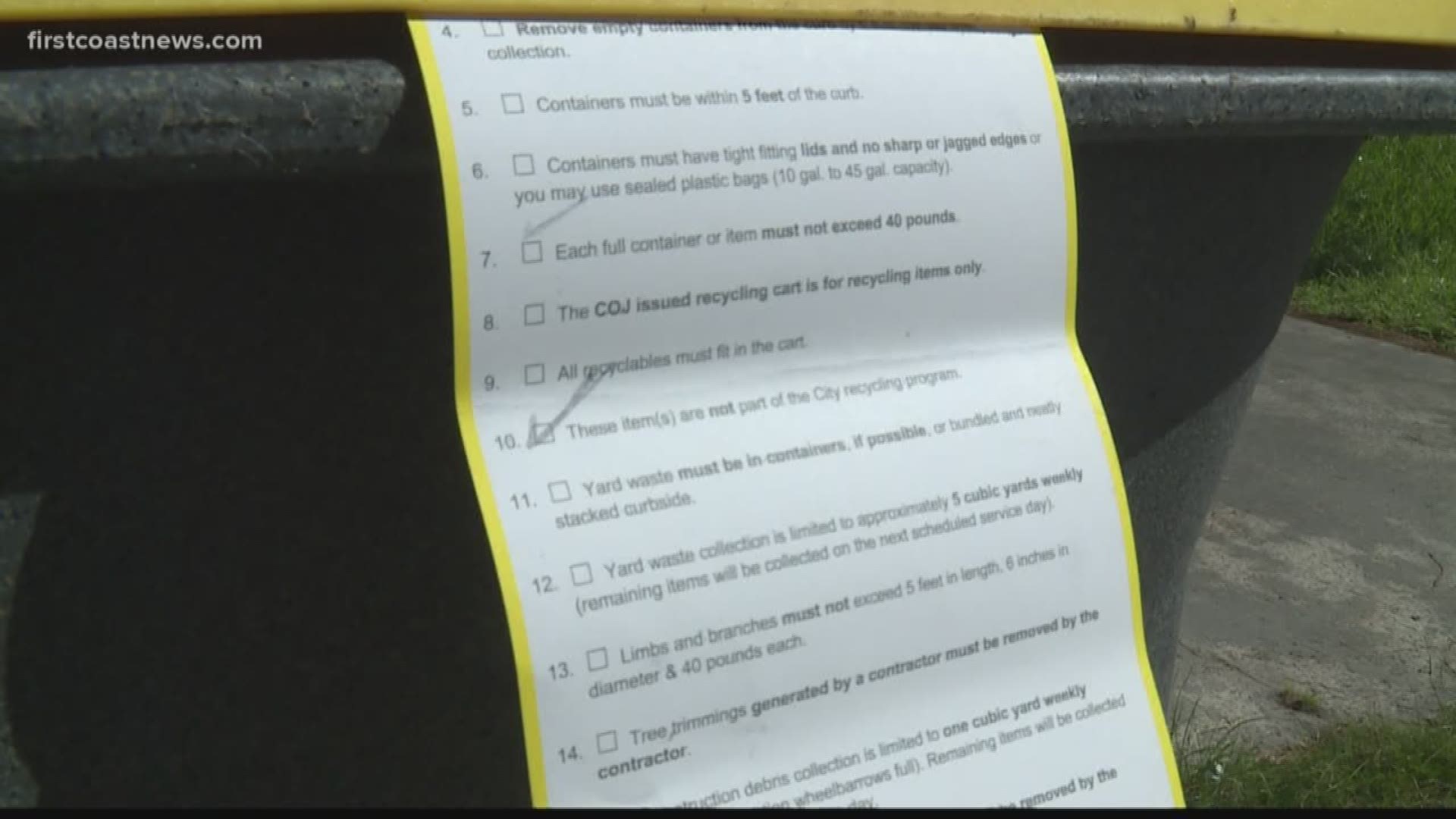 On Thursday, Jacksonville Mayor Lenny Curry exchanged his business suit for a bright yellow vest and threw on a pair of bright yellow gloves to work with the city's Solid Waste crew.

Curry took to the streets of the First Coast near Englewood High School emptying trash bins and sharing the importance of proper recycling.

According to the City, during the last year, improper recycling has cost the city over $530,000.

Curry's main message during his journey was making sure homeowners knew exactly what can and can not be recycled.

An array of improper items were found in recycling bins, to help combat this, information pamphlets were left at homes informing homeowners of proper recycling habits.

Click here to view an online version of that pamphlet.