Mayor Curry on JEA: 'We would be crazy not to look at and have that conversation'

For months, Mayor Curry's involvement in a potential sale of JEA has been deemed as devious or deceitful, but he insists he'd done nothing out of the realm of his position as mayor. 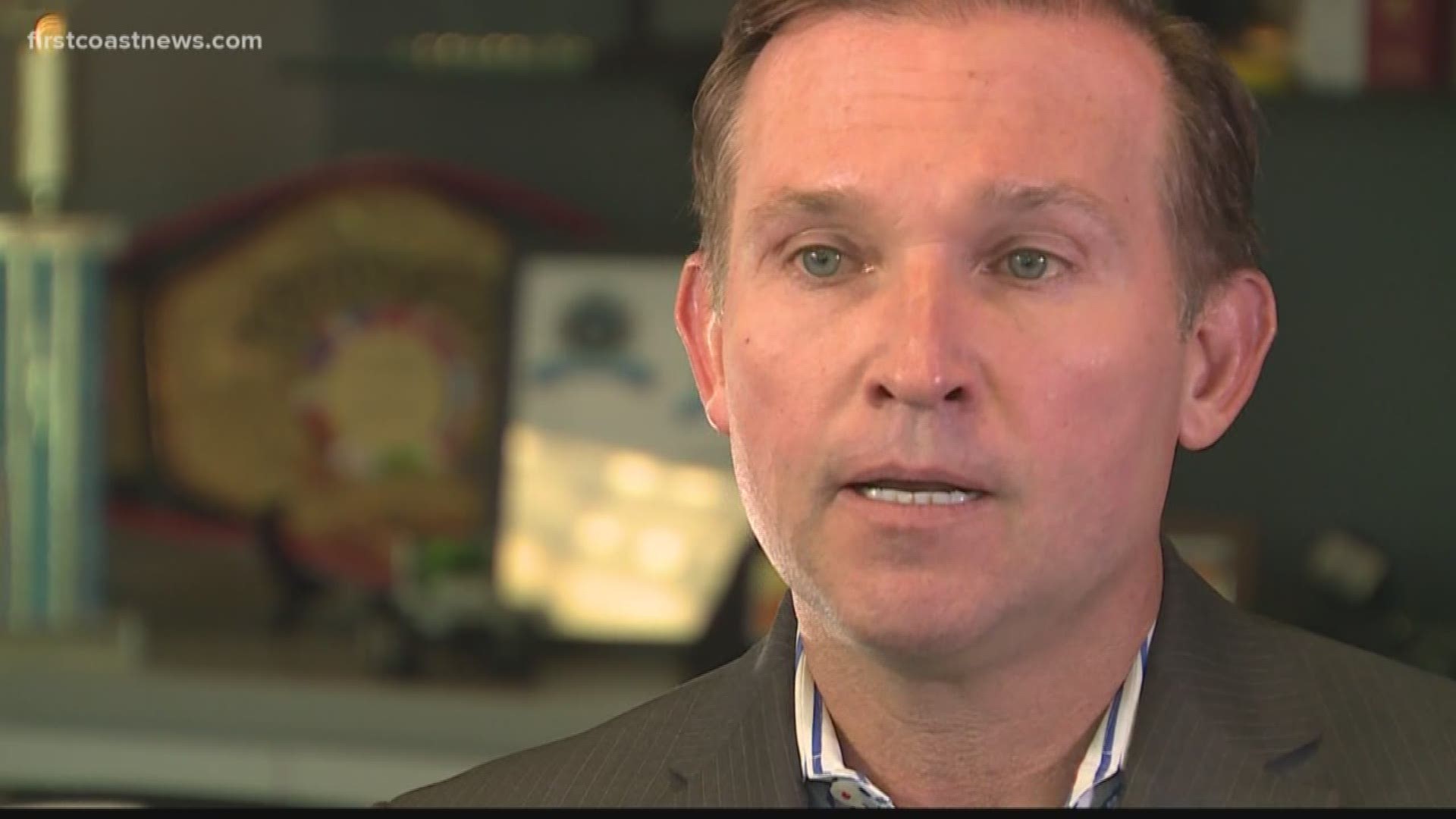 JACKSONVILLE, Fla. -- Paul McElroy’s resignation as the CEO of JEA on Friday is the latest move in the firestorm of controversy surrounding the future of the utility company. He is one of several people taking heat over the debate of a potential sale. Another figure facing scrutiny is Mayor Lenny Curry.

For months, the mayor's involvement in a potential sale of JEA has been deemed as devious or deceitful, but he insists he'd done nothing out of the realm of his position as mayor.

When Tom Petway made the public suggestion to look into privatization, Curry says he was on board.

"I immediately said, publicly said, that I agree with that and it was no surprise to me that he said that," Curry said. "What I hoped that would happen from there would be some action taken by the JEA."

The "action" that followed was a valuation of JEA by Public Financial Management, the same firm the mayor's CFO used in a request for proposals to value dozens of other city assets.

"That doesn’t necessarily mean a sale, even though some are trying to create this, ‘are they going to sell or are they not going to sell’, privatization could look like any number of strategic ways forward," Curry said.

"So, is there a way it wouldn’t involve a sale?" asked First Coast News.

"I mean, you know, you can sell assets and retain employees, I mean when you get into complex business transactions like this there’s a whole host of things that are not a sale of an organization where a private organization or some entity has control over the employees and all of the operations," he said.

"But, privatization would involve a sale, a transaction of some kind?" First Coast News asked.

He doesn’t deny interest in finding out what JEA is worth and what it could do for our city if sold, but he does deny making deals behind closed doors.

"That narrative happened months after I was very publicly for a valuation and a conversation," Curry said. "So if anyone thinks legislation is rushed, no one can force those people to take a vote."

In March, First Coast News uncovered dozens of meetings between the mayor’s staff and JEA leadership dating back several months, including meetings with the banking investment firm Moelis & Co., which has ties to another, larger investment bank called Macquarie. Both investment banks are from Australia. Macquarie was welcomed into Jacksonville shortly after the mayor was elected in 2015 and still has an office downtown. Macquarie and Moelis are currently working together on a sale of Washington state’s utility.

The mayor says there is nothing unusual with their connections and meetings to the two banking firms.

Another task that can fall under the mayor’s job is the election of JEA board members. After his election in 2015, he wiped the board clean and appointed members with whom he shares close ties, like Tom Petway, a long-time supporter of his campaign; Alan Howard, who has provided legal work for Curry, Petway, specialized and mergers and acquisitions; and Kerri Stewart, previously Curry’s Chief of Staff.

"It was time for change, I believe we needed an independent board that was effective that had business experience consistent with an organization that size, I don’t want to re-visit the people of the past but many of those board members didn’t have that experience and their resumes speak for themselves," Curry said.

As for the RFP (requests for proposals) that were sent out to investment firms to acquire the value of city’s assets like our roads, airports, Jaxport and bridges, the mayor’s CFO Mike Weinstein has now narrowed those firms down to four: JP Morgan, Goldman Sachs, Morgan Stanley, and KPMG.

However, Curry says they’ve ceased any further action and he vehemently denies that they were related to JEA, despite the City Council auditor claiming they were meant for a valuation of JEA.

"I asked them to look into this many months ago to get the value of our assets," he said.

First Coast News asked the mayor what he would want to use the money for in a “what if” scenario in regard to a sale of JEA. Curry says he wants to pay off the city's debt, create a "lock box" that keeps money to pay off an annuity, invest in neighborhoods and protect all employees of JEA.

"What I would be for is looking for some way to pay down all of the city’s debt," he said.

"Do you think without paying the city’s debt, we won’t be able to move forward?" asked First Coast News.

"But we are moving forward, we are paying our debt down right now, we’ve paid more debt down than any administration before me, my point is, if you could pay all your debt off in one short period of time, you’d be doing what other cities can’t do," he said.