Mayor Curry says 'ITN' bidding for JEA is off the table, describes 'missteps' over past few months

Mayor Curry says the public's trust in JEA's process to field bids to sell the public utility has eroded and now is the time to put an end to a sale. 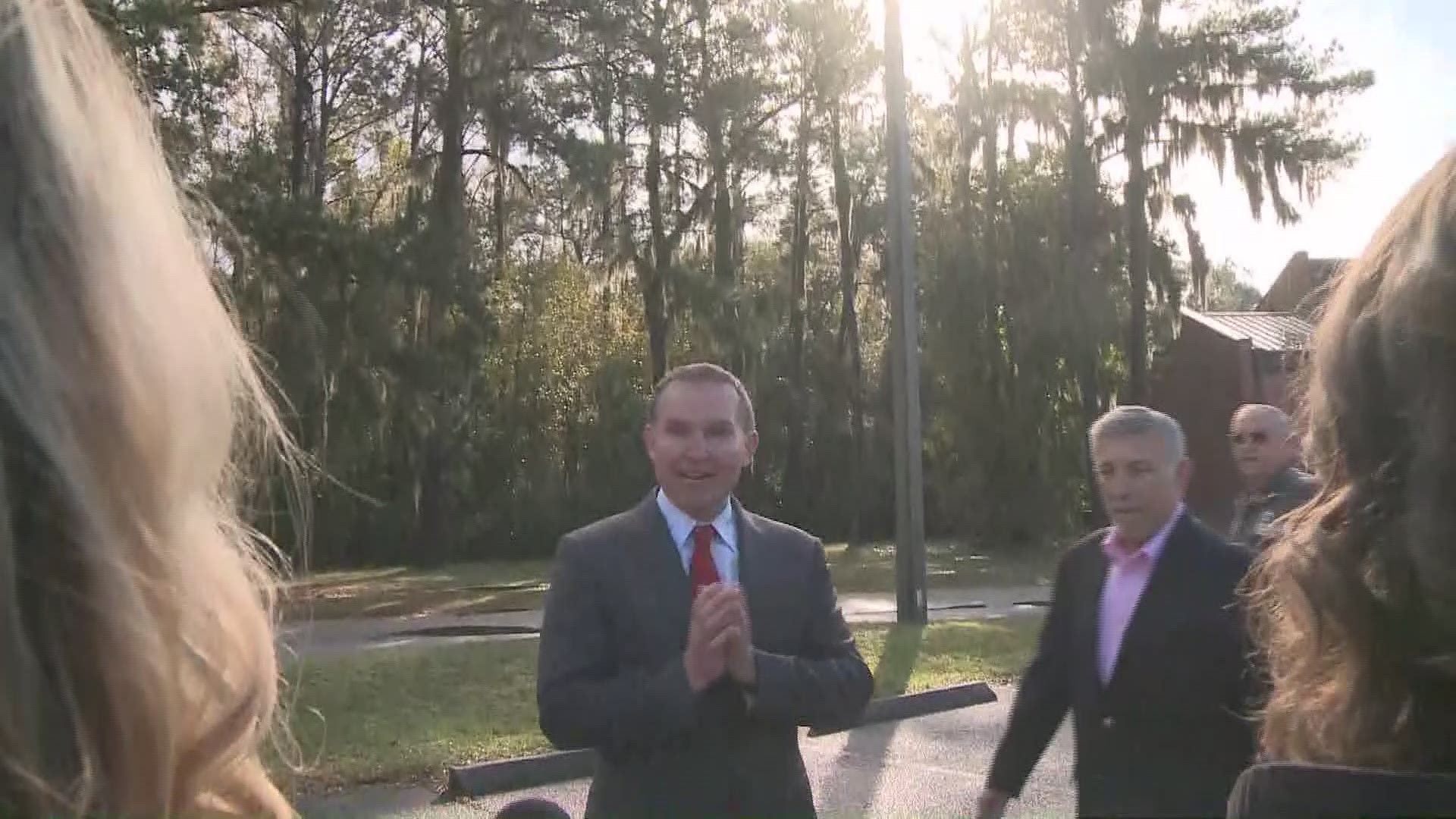 After a week of mounting criticism, high-level departures and threats of criminal investigations, Jacksonville Mayor Lenny Curry told First Coast News he's calling on the JEA Board of Directors to end the Invitation to Negotiate (ITN) bidding process to find potential buyers of the public utility.

First Coast News caught up with the mayor at a public event Monday morning.

First Coast News asked the Mayor about his previous stance on JEA, since he supported the pursuit of privatization when he was seeking reelection. The mayor said he only supported the process to find out the utility's value and open up for bids.

"I said I wouldn't be introducing any legislation to recapitalize. What happening in this process was the board was looking at multiple strategic options, one of which was the value, one option of five for a way forward," said Curry. "They took that initiative. I said I supported the process, I never said I support a privatization or recapitalization. I said it's part of the options that ought to be discussed."

In August, the mayor said selling JEA could make the city debt-free, but he insisted he would not be involved in the decision-making process.

Two weeks ago the mayor sent a letter to JEA board members suggesting they speed up the bidding process to be completed in January.

Councilman Tommy Hazouri tells First Coast News that this process should have ended long ago and he was happy the announcement was made by the mayor just before Christmas. Hazouri said this time around the sale is truly over.

"The council is going to make sure that that doesn't get back on the table," said Hazouri. "It's over. The people have spoken. Lights are out."

Over the weekend City Councilman Matt Carlucci, who has long been an opponent to the sale of JEA, released a statement with a warning about possible lawsuits against the city if the bidding process were to be ended by council members. In his email, he wrote in part:

"If JEA board ends this process to privatization and or recapitalization they are immune to lawsuits from the bidders per the ITN contractual agreement! However, if the JEA board of directors passes this ITN on to the Jacksonville City Council, if we the Council stop the process, we are opening our city to serious lawsuits as the ITN contact does not exempt the council. The JEA board at their next meeting is at a serious crossroads. They can take the road of making one of the biggest and most embarrassing mistakes in our consolidated Government if they pass this to the council."

Previously Carlucci called for a grand jury investigation into the Invitation to Negotiate (ITN), a bidding process that has been under scrutiny since it began over the summer in 2019.

The city’s powerful Civic Council has also been a voice of opposition to the current bidding process. Michael Ward, the former longtime CEO of CSX, and the co-chair for the Civic Council’s JEA subcommittee, said recent actions by JEA leaders left him ‘outraged’, particularly the bonus plan that he says could have landed millions of dollars in the pockets of JEA higher-ups.

“It looked to be a scheme to enrich a few at JEA at the cost of ratepayers and taxpayers,” said Ward. “We think the ITN needs to be stopped and there needs to be a formal Request for Proposals if there is a need to sell JEA.”

In 2018, the Mayor told First Coast News in an interview: "I do not have an opinion on the sale of JEA. I think it’s important we know the value, I mean the taxpayers, know the value of their assets.”

RELATED: What's next for JEA? City council and utility meet in workshop 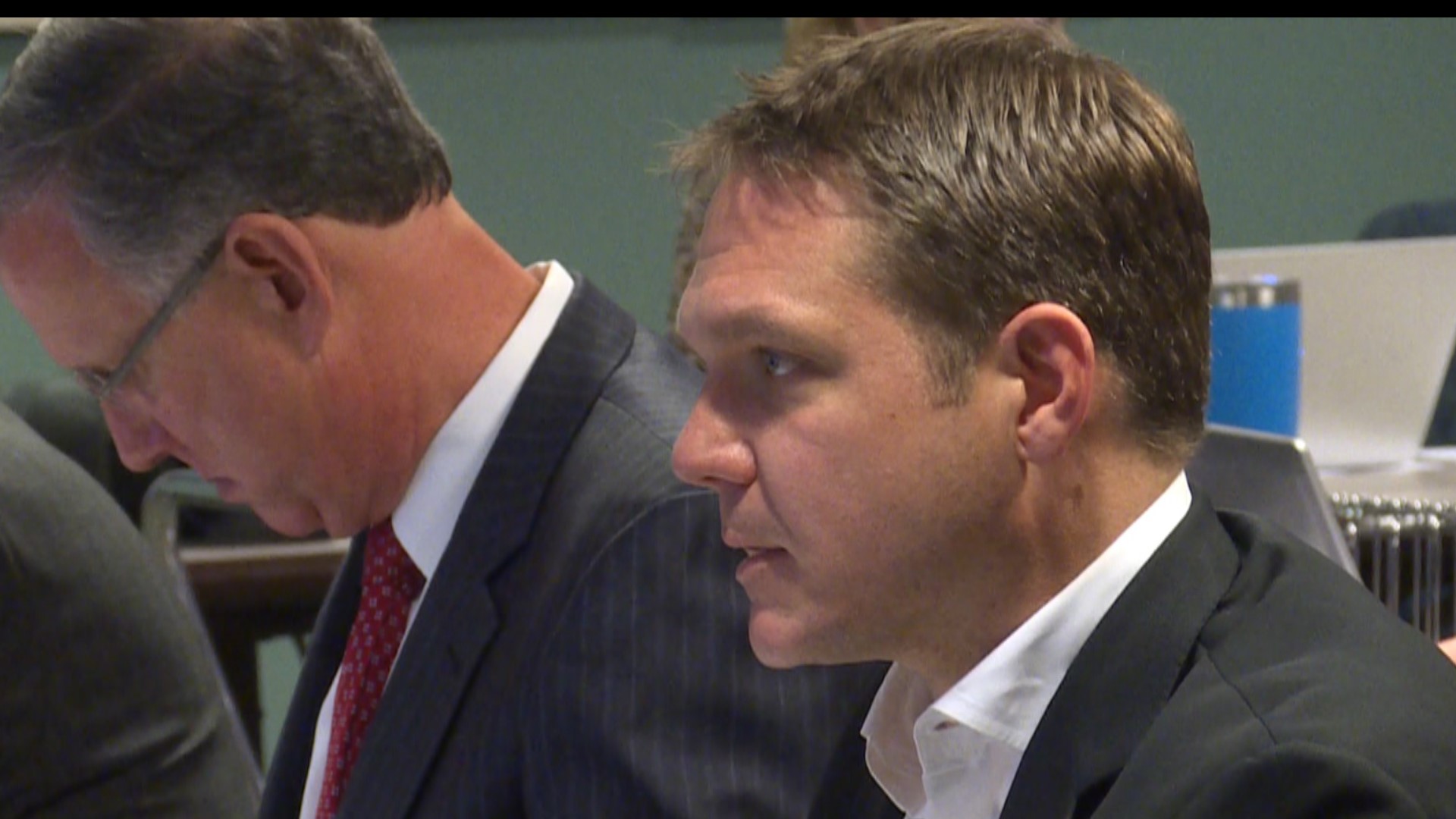