Finally, justice for Ethan, man with Down Syndrome who died at hands of movie theater security

Patti and her family never stopped fighting for justice after Ethan's death. 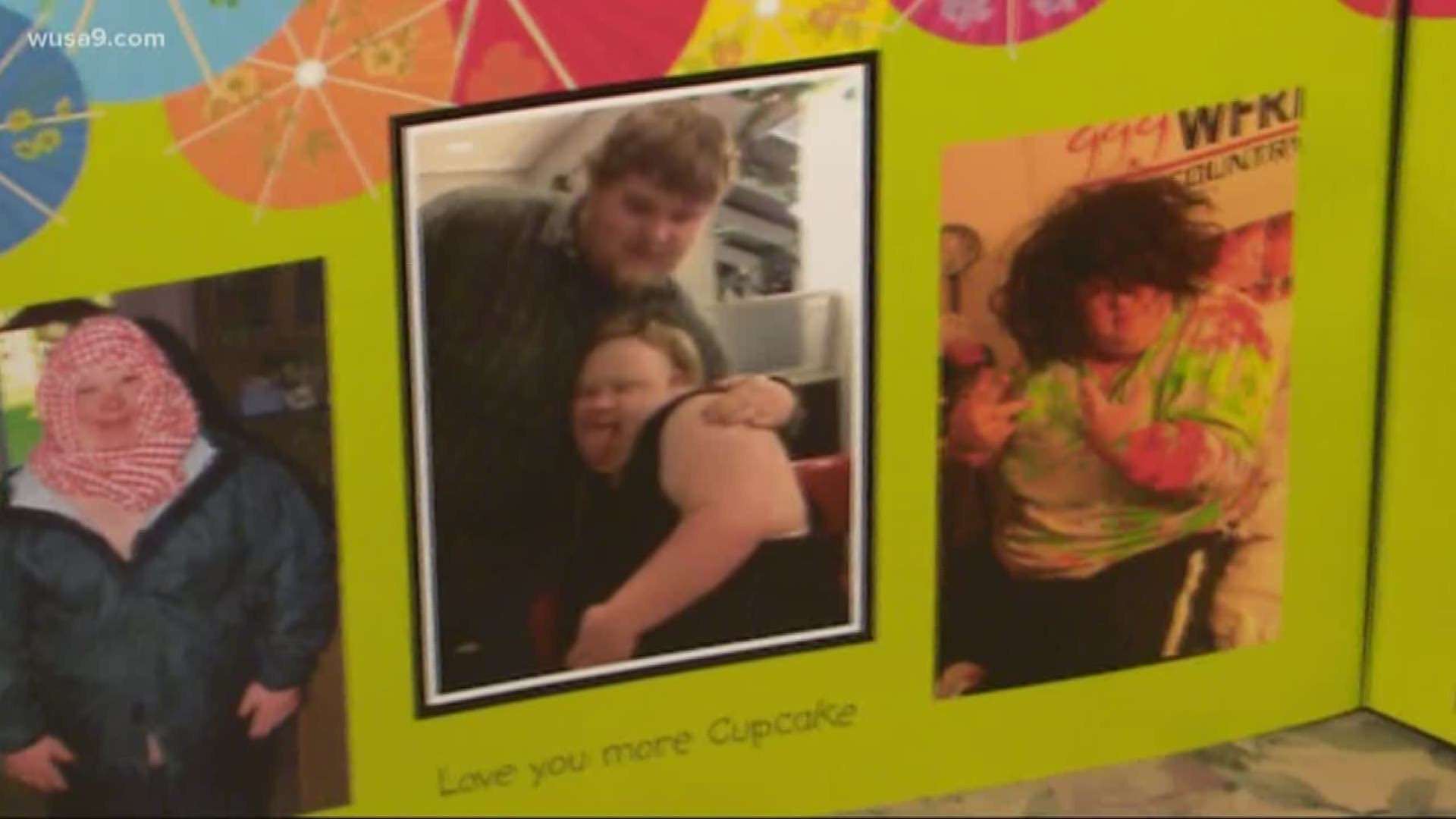 After 5 plus years, the family of Ethan Saylor is getting some justice - $1.9 million dollars worth. But, the mother of the 26-year-old man with Down Syndrome, who died at the hands of movie theater security, says she'd gladly give it all back for one more day with her son.

This story starts on a January night, back in 2013.

Ethan Saylor was 26-years-old. He had Down Syndrome. He and his aide went to a movie theater in Frederick to see "Zero Dark Thirty." When the movie ended, Ethan turned around and went back in. He wanted to see the movie again.

His aide shared this: "I kept telling them why don't you just let me go in there, give me like a few minutes with him, I'd just give him a big hug and he'd be right out, but they wouldn't listen. All of a sudden I hear kicking and screaming and 'ouch, Mary, mom, that hurts, don't touch me, get off,' and so I run in and I'm crying hysterically, I don't know what to do. I see him jumping up in the air and screaming, so I turn around, because I was scared, and I turn back around, and all of a sudden, they're on the floor. and all the noise, it's just completely silent."

Ethan died hours later. An autopsy said he died from a fractured larynx. The medical examiner ruled it a homicide by asphyxiation. A grand jury found no wrongdoing on the deputies' part.

Patti and her family never stopped fighting for justice.

Ethan's sister Emma collected more than 300,000 signatures on a petition to ask then-Governor Martin O'Malley to launch a independent investigation into her brother's death. He didn't.

But, he did establish the first-ever Maryland Commission for the Inclusion of Individuals with Intellectual and Developmental Disabilities headed by Tim Shriver.

WUSA9 was there at the inaugural meeting. Tim Shriver shared, " The goal of this commission is to make Maryland the best state in the country, if not in the world, at promoting the inclusion and welcome people with intellectual and developmental differences."

As a result, now, all police officers in Maryland are trained differently.

The Saylors filed a civil suit. Patti Saylor testified before the US Senate. She was also behind a bill in Maryland to give people with Down Syndrome a voice in training.

All the while, anniversaries passed.

On the two year anniversary of Ethan's death, Patti held a candlelight vigil, her words brought tears to many people's eyes, "And justice is remembering. This is when I cry. Justice is remembering a life that mattered. He mattered for 26 years. and he still matters. "

Patti channeled that pain into action. She was awarded "Advocate of the year" in 2014 by the National Down Syndrome Society.

And more than 5 years later, the civil suit was settled. The three deputies, the state, and the property manager, Hill Management Services, will pay the Saylors $1.9 million dollars.

Patti says, "There's no relief, there's no joy, because he's still gone. I wish I could say it gets easier, it really doesn't get any easier to live without him. He's part of our daily conversation. In our family, we still see everything in the world through Ethan's eyes.

Patti reminds us all, "Ethan was a young man who was born with an extra chromosome, which we all know as Down Syndrome, which does not define a human being, but it certainly represented some challenges for him. A person with a disability is simply a person with all the hopes and dreams that we have. Let go of some of those myths and stereotypes or question them."

Many have said Ethan was killed over a $12 ticket. We learned he may not have even needed that ticket at all. It turns out that under the American Disability Act, a caretaker doesn't need to have a ticket with someone with a disability at a movie theater anyway, so the two tickets that were purchased for and his caretaker would have potentially been sufficient for him to stay a second time.