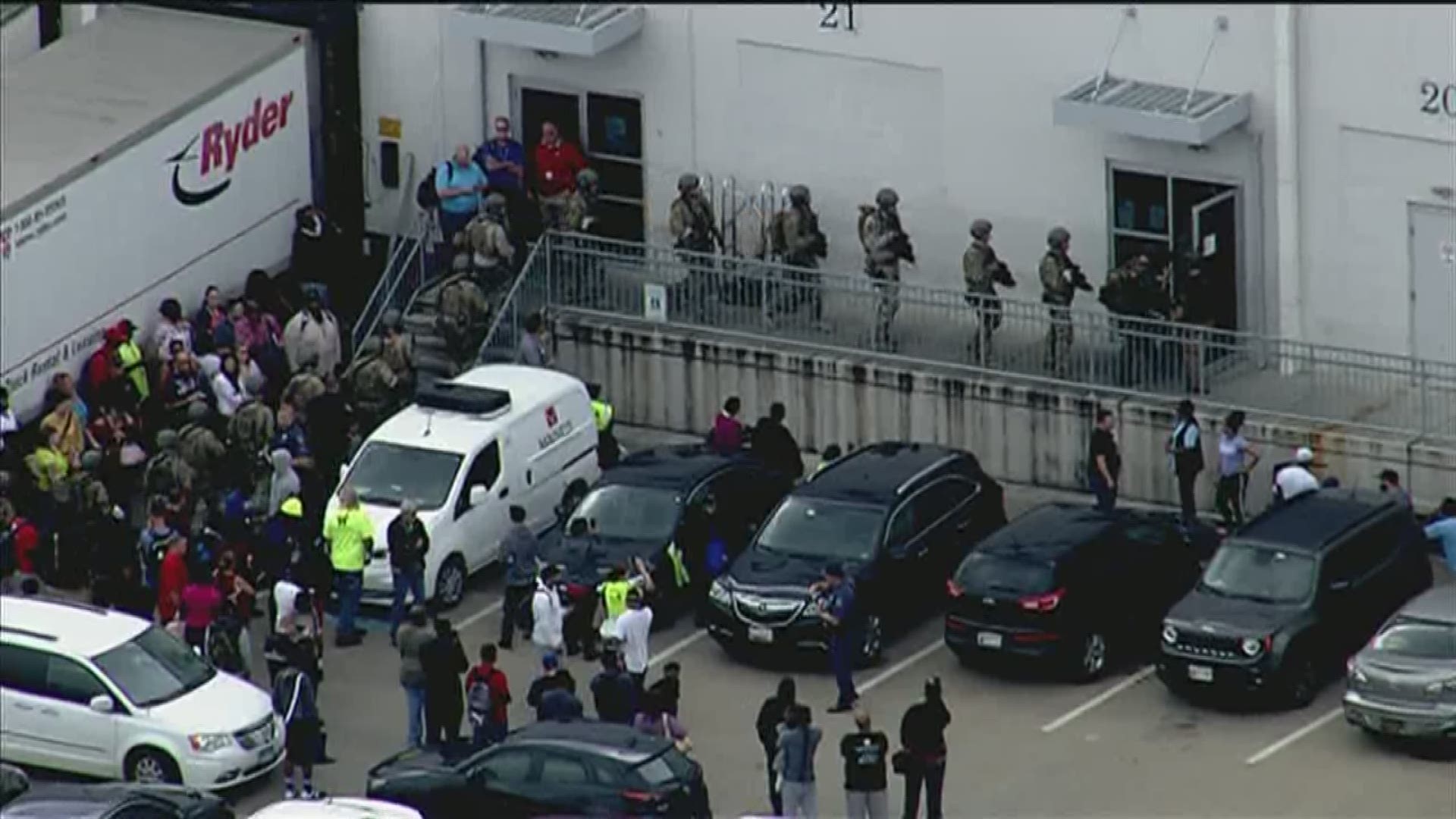 A shooting Thursday at a Rite Aid warehouse center near Aberdeen, Maryland, left at least three people dead and three wounded who are expected to survive, the sheriff's officials said.

The shooting suspect, identified as 26-year-old Snochia Moseley from Baltimore County, also died in the hospital after shooting herself in the head.

The sheriff said the suspect, who appeared to use a single handgun in the shooting, was a temporary employee at the facility and showed up for work as usual Thursday morning. Gahler said the suspect also had several magazines and there no shots fired by law enforcement officers.

Sheriff Gahler said the scene was secured, and there was no remaining threat to the public.

Alexi Scharmann told WBAL-TV that her mother, who works inside the Liberty building at the distribution center, texted her about a shooter inside the facility. The mother told her to take care of her father and the dogs. She was silent for more than a hour before notifying a family member that she was safe.

The FBI Baltimore office and special agents from the Department of Alcohol, Tobacco and Firearms were also assisting in the investigation, The Baltimore Sun reports.

Maryland Gov. Larry Hogan tweeted that his office was closely monitoring the "horrific shooting" in Aberdeen.

We are closely monitoring the horrific shooting in Aberdeen. Our prayers are with all those impacted, including our first responders. The State stands ready to offer any support. https://t.co/fzugpo8C1Z

Aberdeen is near the Aberdeen Proving Ground, a U.S. Army facility.

The Aberdeen shooting comes one day after gunfire rocked two other workplaces. A gunman who opened fire at a Middleton, Wisconsin, software company wounded three people and sent panicked office workers scrambling to safety on Wednesday before being fatally shot by police.

In Fayette County, Pennsylvania, a gunman shot four people outside a crowded courtroom on Wednesday before being killed by police.

Law enforcement responds to reports of a shooting at a Rite Aid distribution center in Aberdeen, Maryland on September 20, 2018.