Jacksonville Beach Police expect anywhere from 5,000 to 15,000 people to attend the festival. 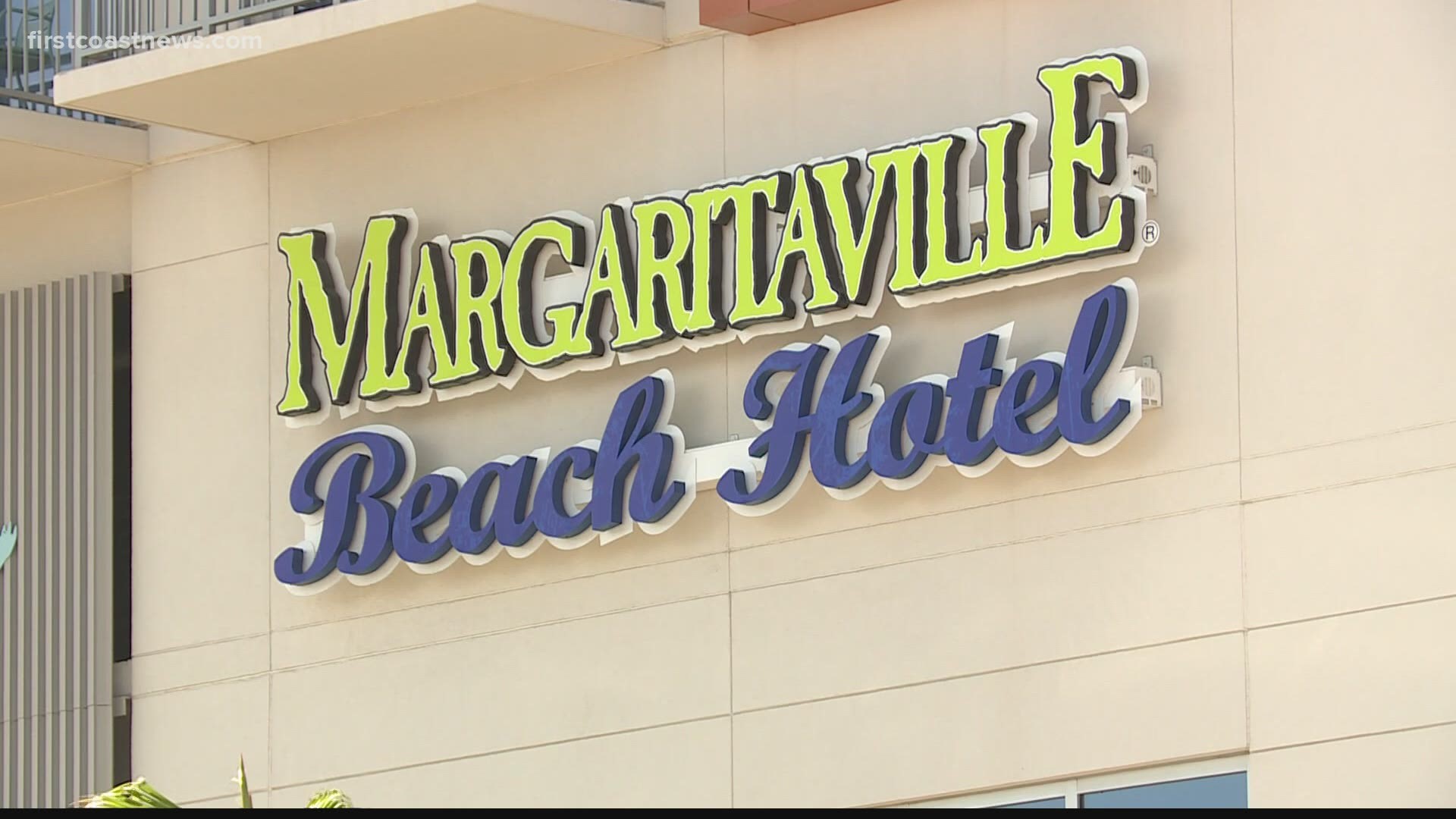 JACKSONVILLE, Fla. — The restaurant inside the Margaritaville Hotel in Jacksonville Beach will reportedly be closed the same weekend a controversial festival is scheduled to take place, citing safety and staffing concerns.

The LandShark Bar & Grill will be closed the weekend of June 18- 20 because "it doesn’t have enough staff to run it safely” during the controversial Orange Crush Festival, an employee told First Coast News.

The hotel said it is also planning to close some amenities out of safety concerns. The hotel also said there's limited room availability for that weekend right now. On the hotel's website, Friday June 18 and Saturday June 19 are not available to book rooms as of Tuesday evening. Those dates are labeled as "restricted" by the hotel's website.

Management would not comment any further about the festival.

Orange Crush has been hosted on Tybee Island beach near Savannah for years, but organizers say they relocated to Jacksonville due to "civil rights violations and political injustices."

An employee at Time Out Sports Grill on Beach Boulevard told First Coast News it would also close the weekend of the festival.

Beachside Seafood will also be closing, however, the restaurant told First Coast News that week had already been scheduled as a vacation week for staff to have time off.

Several businesses are staying open. Employees at Mangos Beach Bar, Ragtime Tavern and Casa Marina Hotel and Restaurant said they'll stock up and staff up accordingly and will be open. Benjamin Seth, the bar manager at Casa Marina, said they're treating it like any other busy weekend.

"It’s going to be a little crazy, but, you know, Fourth of July is crazy," Seth said. "New Year's is crazy. It’s just another weekend to us. We’re excited to have people in town and sell them again food and drinks."

“In a restaurant, the margins are so small if you can sell, if you’re open and available, why close? As long as the mayor [of Jacksonville Beach], and she said that she’s going to properly give us support with the police and bringing in maybe police from Jacksonville, as long as we’re safe and we feel that our customers are safe, let’s stay open," Seth continued. "Let’s serve our communities.”

“We're excited and ready for a new festival to come to the area and to see what it has in store for us," Scohera said.

Jacksonville Beach Police expect anywhere from 5,000 to 15,000 people in attendance.

NEW: Margaritaville in Jax Beach tells me its restaurant, LandShark Bar & Grill, will be closed the weekend of the #OrangeCrushFestival (June 18-20) because it doesn't have enough staff "to run it safely." The hotel is also closing some amenities out of safety concerns @FCN2go

The police department, beach leaders and the city have been aware of and preparing for this event for almost two months.

They are also coordinating with local, state and federal agencies regarding support for the event.