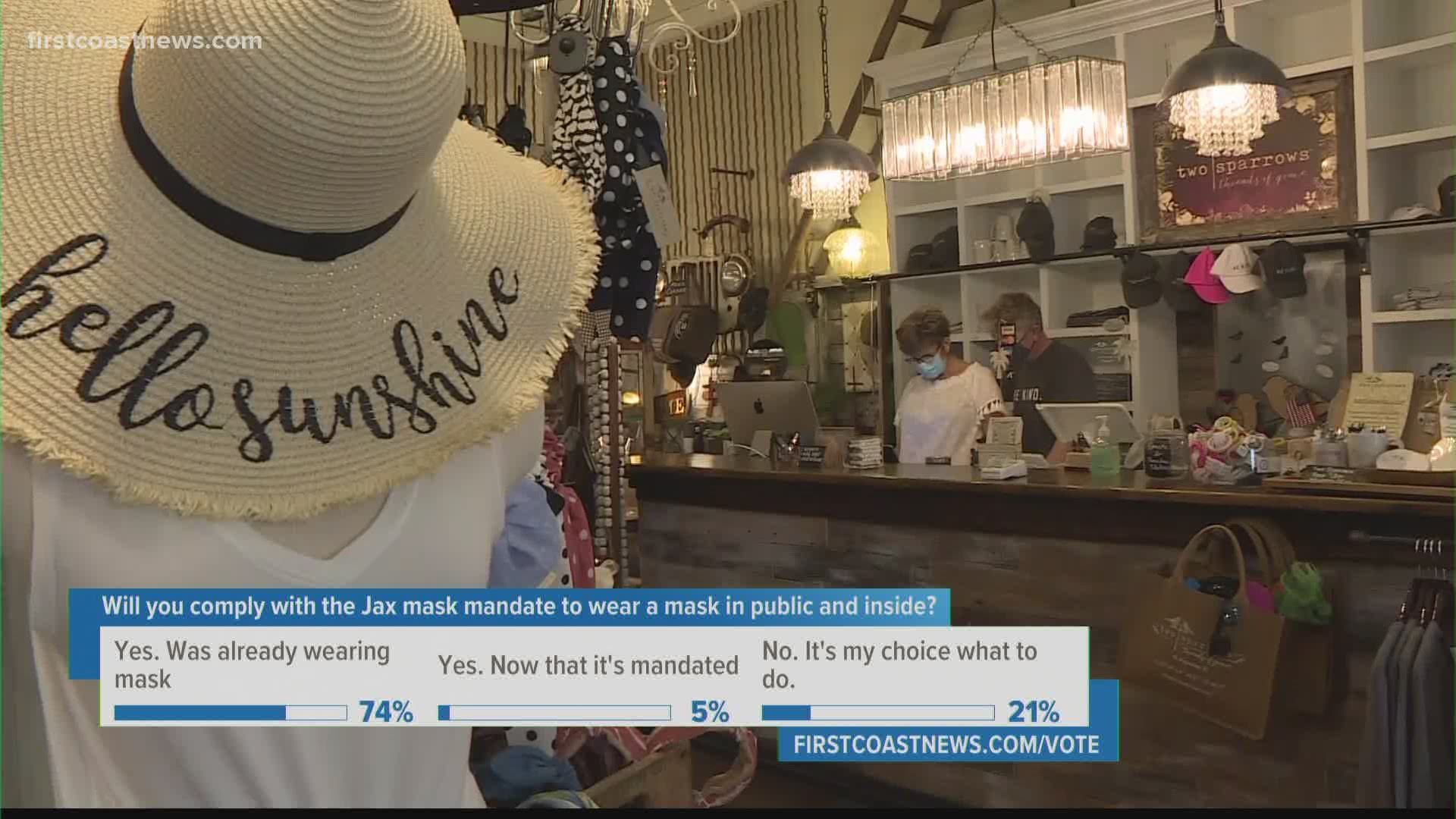 ST. AUGUSTINE, Fla — In St. Augustine over the weekend, face masks became mandatory inside businesses if social distancing is not possible.

It affected Larry Mead and Mary Mead who both own Two Sparrows boutique in downtown St. Augustine.

That new local law went into effect Saturday morning after city commissioners voted on it Friday.

The Meads and other business owners felt little push back from the public.

"I think for most people, this is the new norm," Mary Mead said to First Coast News on Monday. "I don’t think there’s any question on it. I think this is our new lifestyle that we’re all living right now, and we just have to put up with it."

Some business owners say they’re relieved with the new mask mandate because now they don’t look like the bad guys forcing masks.

"It makes it easier," Mary Mead said. "You’re not the one making all the rules. The rules have already been made."

They also say it seems more people are wearing masks, even outside. While masks are required inside, they are not mandatory outside.

City Commissioner John Valdes is concerned about certain areas such as St. George Street, a street he describes as "COVID soup! I refer to it as a petri dish."

Valdes is pushing for masks to be mandatory outdoors as well in St. Augustine in high-density areas. Granted, he acknowledges it would be hard to enforce.

But he added, "If you make something law, most people will simply abide by the law or close to it because it’s a law."

As for the Meads, their store was closed for two months during the shutdown, and they believe the more people wear masks, the less likely they and other stores will have to close again.

"But it’s not just the masks" that are needed, Mary Mead said. Larry Mead added, "It’s like a lot of people have forgotten a little bit about the six-foot rule and washing hands. Don’t make the masks the next new fix. It’s got to be a mix of everything."