'Mandy's Voice' filmed in Jacksonville believed to be first-ever movie on autism with many cast, crew members on autism spectrum

Those behind and in front of the camera hope "Mandy's Voice" opens doors for those with autism in the film industry and also in society. 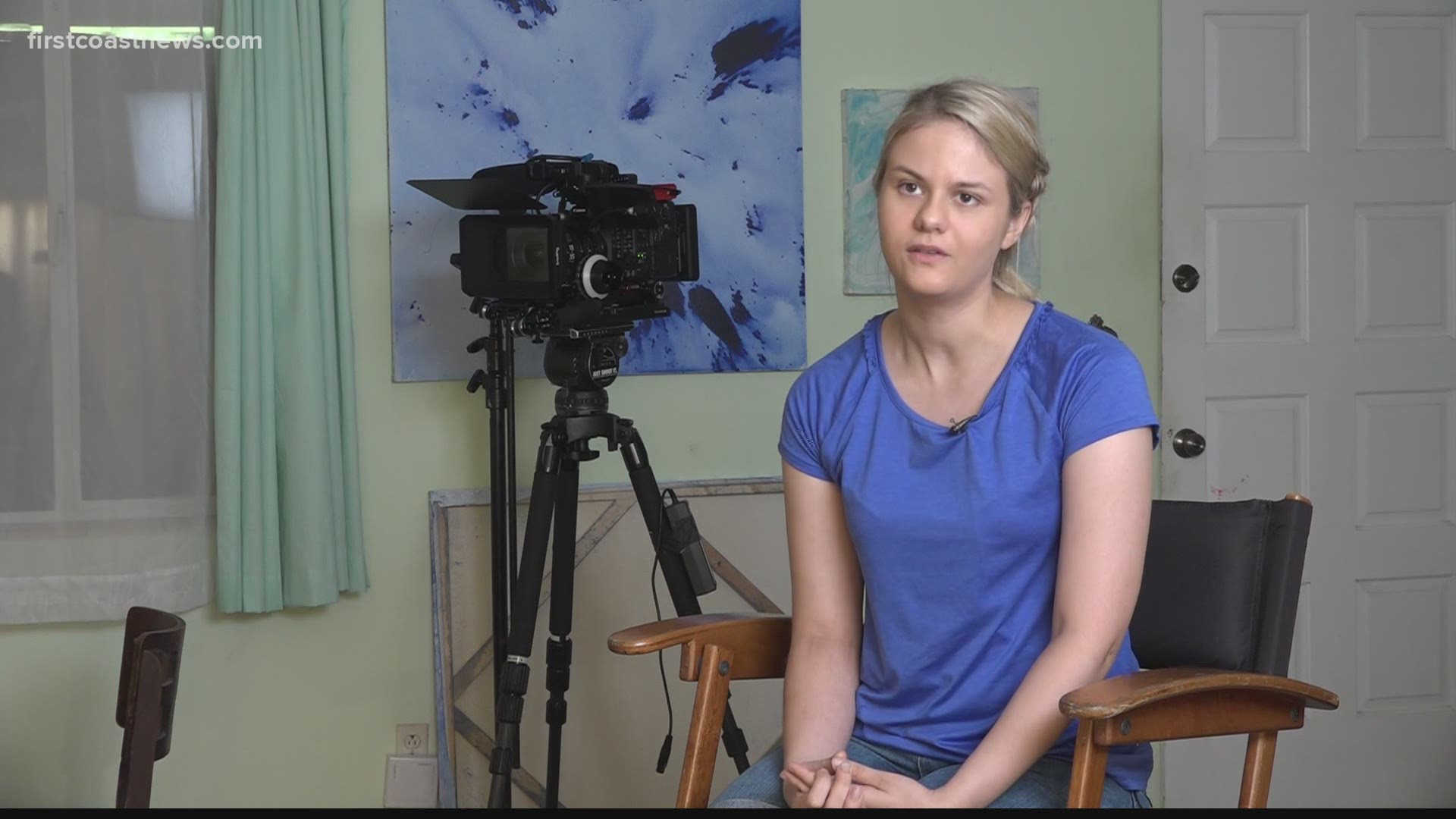 JACKSONVILLE, Fla. — Filming is underway in Duval County for "Mandy's Voice," a short film about a single mother raising a teenage girl with non-verbal autism. It's based on a true story about a First Coast teen, and the movie is believed to be the first of its kind in the United States.

"When we were working on casting, I said to the team, 'Let's just see,'" said Roxanna Lewis, director and producer of Mandy's Voice.

Lewis wanted the opportunity to make her movie real.

"There's space for everyone," Lewis said. "Will you give me the opportunity to see if we can find folks in the community who are on the spectrum?"

Now Mandy's Voice, a movie about autism, has a crew and cast who are mostly on the autism spectrum, and it's the first movie ever to have this authentic representation.

"We want this to open door for teams of people to work together and for communities to embrace working with people who maybe we used to look at them and us," Lewis said.

One of the people who have autism is the lead actress, 24-year-old Rachel Barcellona.

"As you can tell, I'm very verbal, but I was non-speaking up until five years old, so this is very personal for me," Barcellona said. "I just love tapping into that inner child."

Barcellona is showing what those with autism can tap into. She's an actress, model, author, college graduate, and autism advocate who's spoken at the United Nations and around the world.

"You may have this or that. It doesn't make you any less capable than anyone else," Barcellona said. "I hope it brings more acceptance for people with and without autism."

Those behind and in front of the camera hope Mandy's Voice opens doors for those with autism in the film industry and also in society.

"We're also speaking quietly to individuals saying, 'You matter. We hear you. We hear you, and our love is with you,'" Lewis said.

"We're not alone, we can do anything we set our mind to, and especially for parents to know that just because we have a disability, we are capable of anything really. We shouldn't let it hold us back," Barcellona said.

Actress Rachel Barcellona has her own non-profit called "Ability Beyond Disability" to help those with autism.

"Mandy's Voice" is being filmed in #Jacksonville, FL and is believed to be the first film on #Autism with a crew and cast who are mostly on the autism spectrum. What lead actress @BarcellonaR hopes this can do for people of all abilities tonight on @FCN2go. pic.twitter.com/RIXpuID6Tm

Thanks to @FCN2go anchor @HeatherFCN for connecting me to @BarcellonaR mom. The short film on a non-verbal teen with autism @mandysvoicefilm is being filmed in Jacksonville, FL and features crew & cast mostly on the #Autism spectrum. It's believed to be the first movie to do so. pic.twitter.com/qNiACaHsx4