Man wakes up to car crashing into living room in Harborview

Surprisingly, the homeowner said this is the second time a car hit the man's home on Clyde Drive. 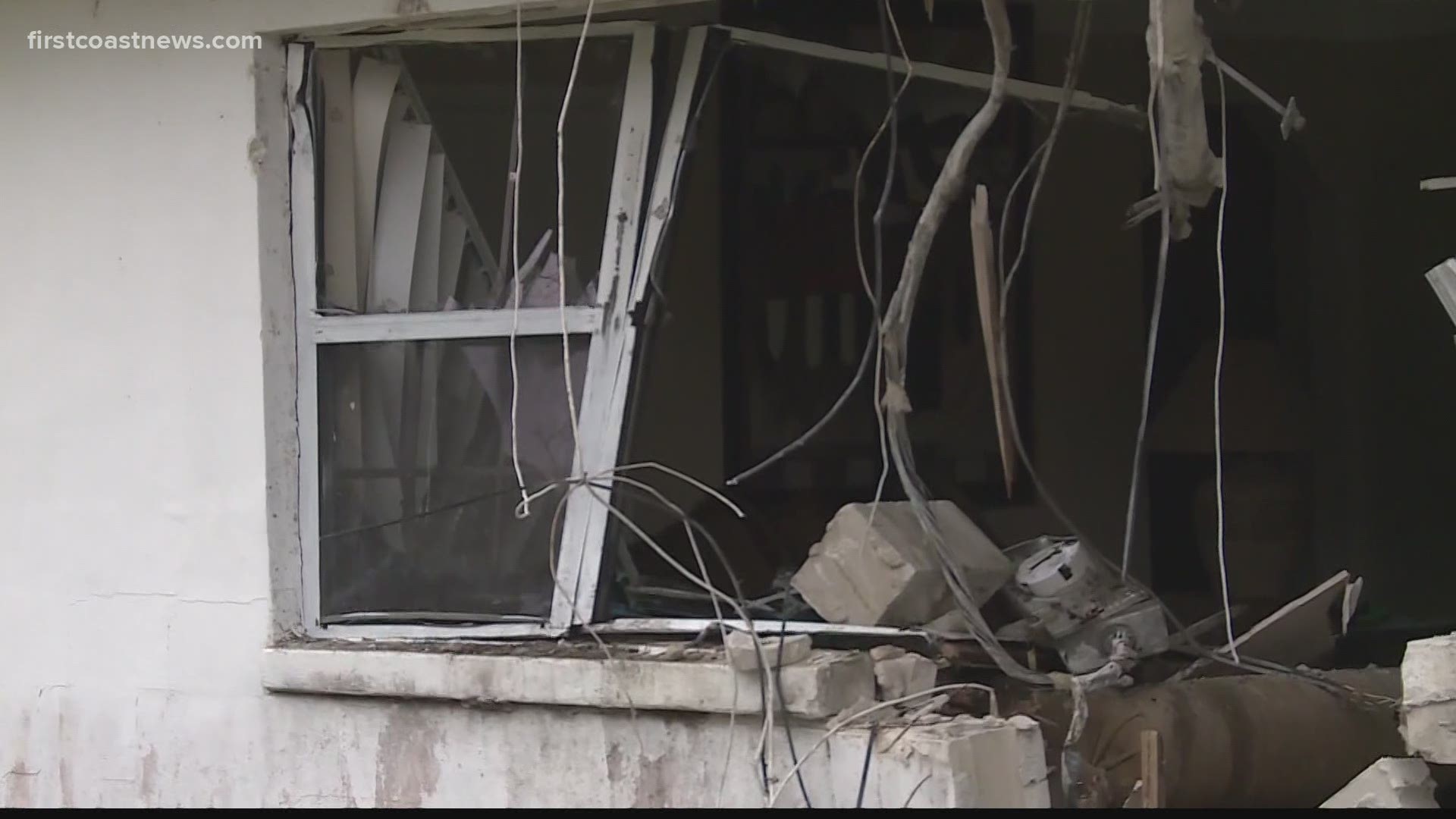 JACKSONVILLE, Fla. — A car crashed into a home Saturday morning in the Harborview area of Jacksonville.

The crash happened at about midnight in the 4300 block of Clyde Drive, according to the homeowner, who wished not to be identified. He said the crash sounded like an explosion from a bomb.

"It was real scary because as the 'bomb' happened, it knocked out the lights," the homeowner told First Coast News. When he went outside, the homeowner said he saw half of the car in the living room.

While JSO has not release any details on the crash, the homeowner believes the cause of the crash is speeding. He said in 20 years of living at the home, he has seen speeding on the road many times.

In fact, this is the second time a car crashed into his home.

"The same thing happened right here at this location, car coming from the same place," the homeowner recalled. "The last time it didn't get so far in this house."

However, since the city paved the road about a month ago, the homeowner said he has seen more speeding.

"Since the road has been paved, it sounds like a raceway," the homeowner said.

The homeowner hopes the city will step in to make drivers reduce their speed or protect the homes along the road.

"We need some guardrails. We need a speed bump. We just need some help from the city," the homeowner said. "Somebody is going to lose a life."