Man tasked with removing a St. Augustine Confederate memorial: We're here to save part of history

It will take two-to-three weeks to study, steady and move the structure, at a price tag of $236,000. 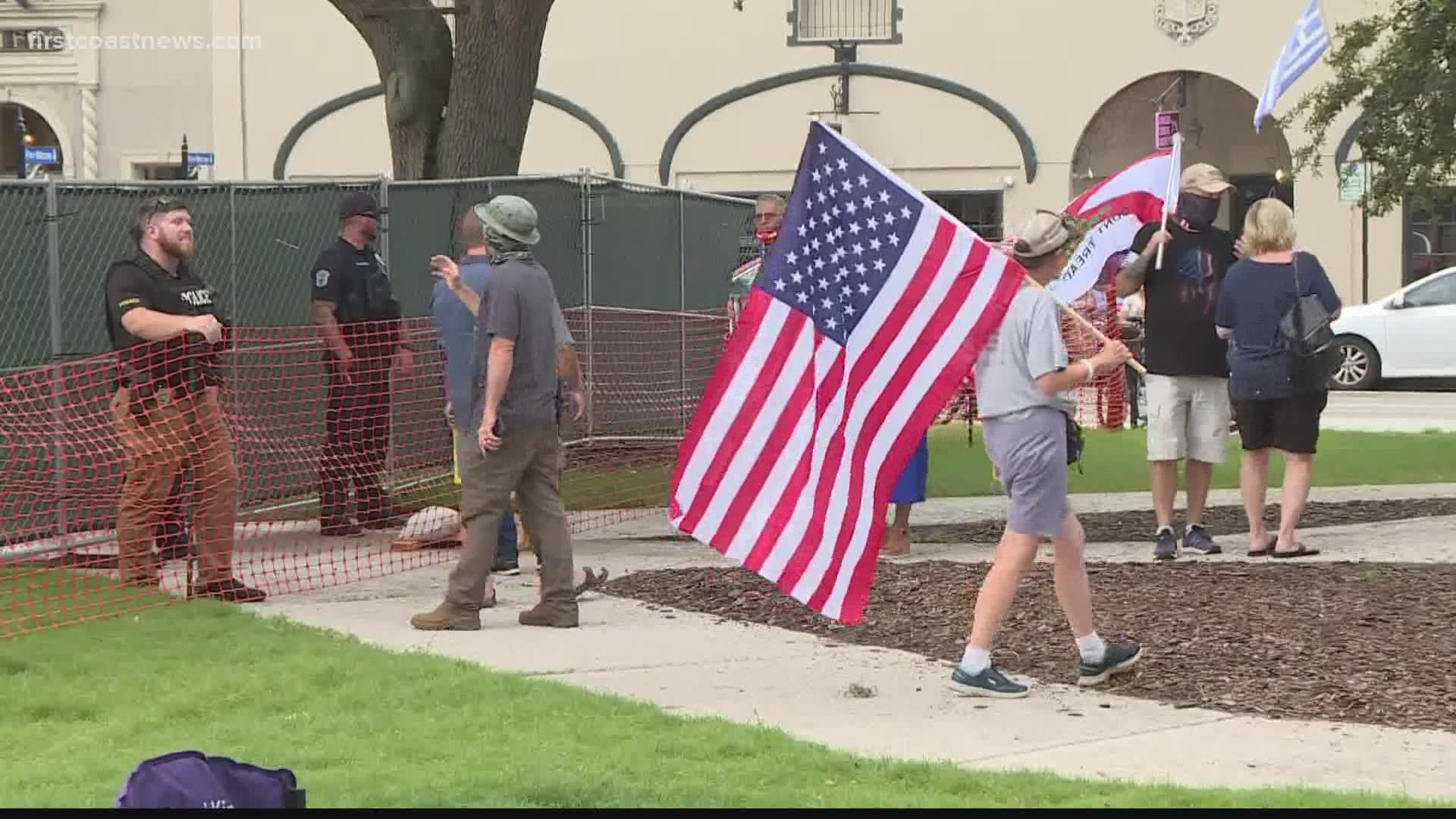 JACKSONVILLE, Fla — Jeremy Patterson just arrived in St. Augustine, in the middle of a swirling controversy.

The City of St. Augustine has hired his company to move the nearly 150-year-old memorial from Downtown to the Trout Creek Fish Camp where there will be a park built for it. It's about 20 miles away.

"We’ll have to take it apart, move it in two pieces," Patterson said. "And then we’ll mortar it back together. When we’re done, you’ll never know the thing was ever moved."

City Commissioner John Valdes – who has restored more than a hundred historic homes – is concerned about the structure surviving the move. During this week’s online city commission meeting, he said it's best to keep the monument in its place.

He told commissioners,"You take the plaques off it, it’s a structure, a masonry structure made of coquina that can be repurposed into something we don’t have which is a Civil War memorial."

It will take two-to-three weeks to study, steady and move the structure, at a price tag of $236,000.

Thinking the monument was being moved Friday, some people who oppose its removal gathered Downtown to protest. They donned and waved Confederate flags. Some yelled at the work crew.

Police were also present in the plaza near the protesters.

Patterson said, "We have had death threats from down here, yes. We turned it over to the local police department, number one. And number two, people have passion, and we understand that. We’re not trying to take passion away from anybody. But we’re not the enemy here."

While Patterson and his team are used to moving much bigger structures than this Confederate memorial, they’ve entered into a big controversial setting… with a job to do.

"We’re not here to run or hide," Patterson said. "The city’s been great about it. We want to let everybody know what’s going on and we just want peace."