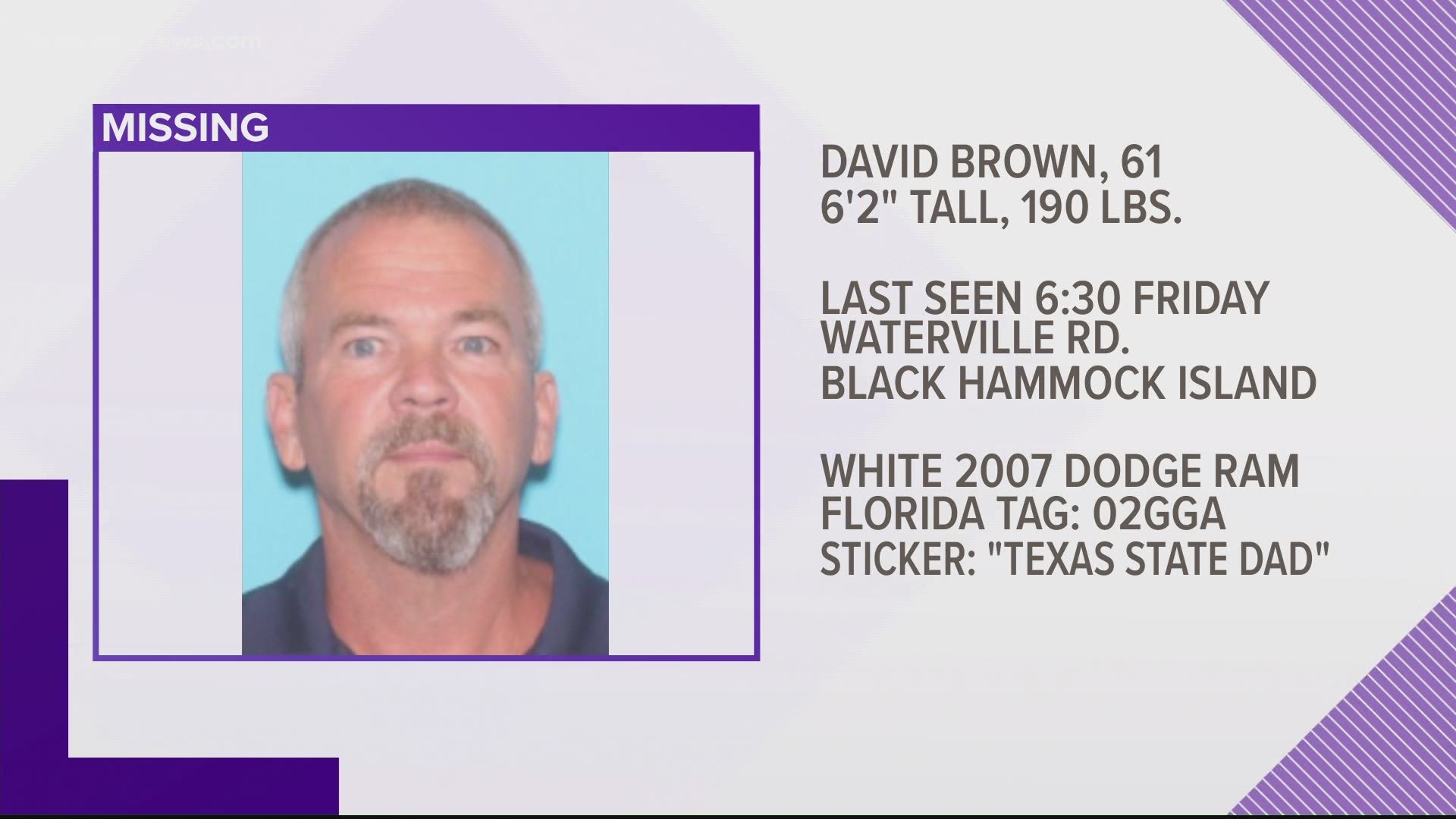 The Jacksonville Sheriff's Office is asking for the community's help locating a missing man with memory issues.

The person who reported Brown missing said Brown has been experiencing issues with his memory, and efforts to locate him have been unsuccessful. Police are now try to find him to make sure he is safe.

Brown is described as a white man around 6 feet 2 inches tall, 190 pounds, with blue eyes and gray hair. Police did not know what he was wearing.

Brown is believed to be driving a 2007 white Dodge Ram like the one pictured below, with Florida tag 02GGA, with the back window displaying the words "Texas State Dad."

Credit: Jacksonville Sheriff's Office
61-year-old David Brown is thought to be driving a 2007 white Dodge Ram like the one pictured.

Anyone who has seen Brown or who has information about where he might be is asked to call JSO at 904-630-0500.

He was last seen yesterday at approximately 6:30am in the area of 16200 Waterville Road.

Call 904-630-0500 with information regarding his whereabouts. pic.twitter.com/JanOaEe7dK

RELATED: Georgia family desperate to find missing mom: 'It’s literally like she was just picked up out of nowhere and vanished'