Police say the man died after being shot by officers. He reportedly tried attacking police with a taser. 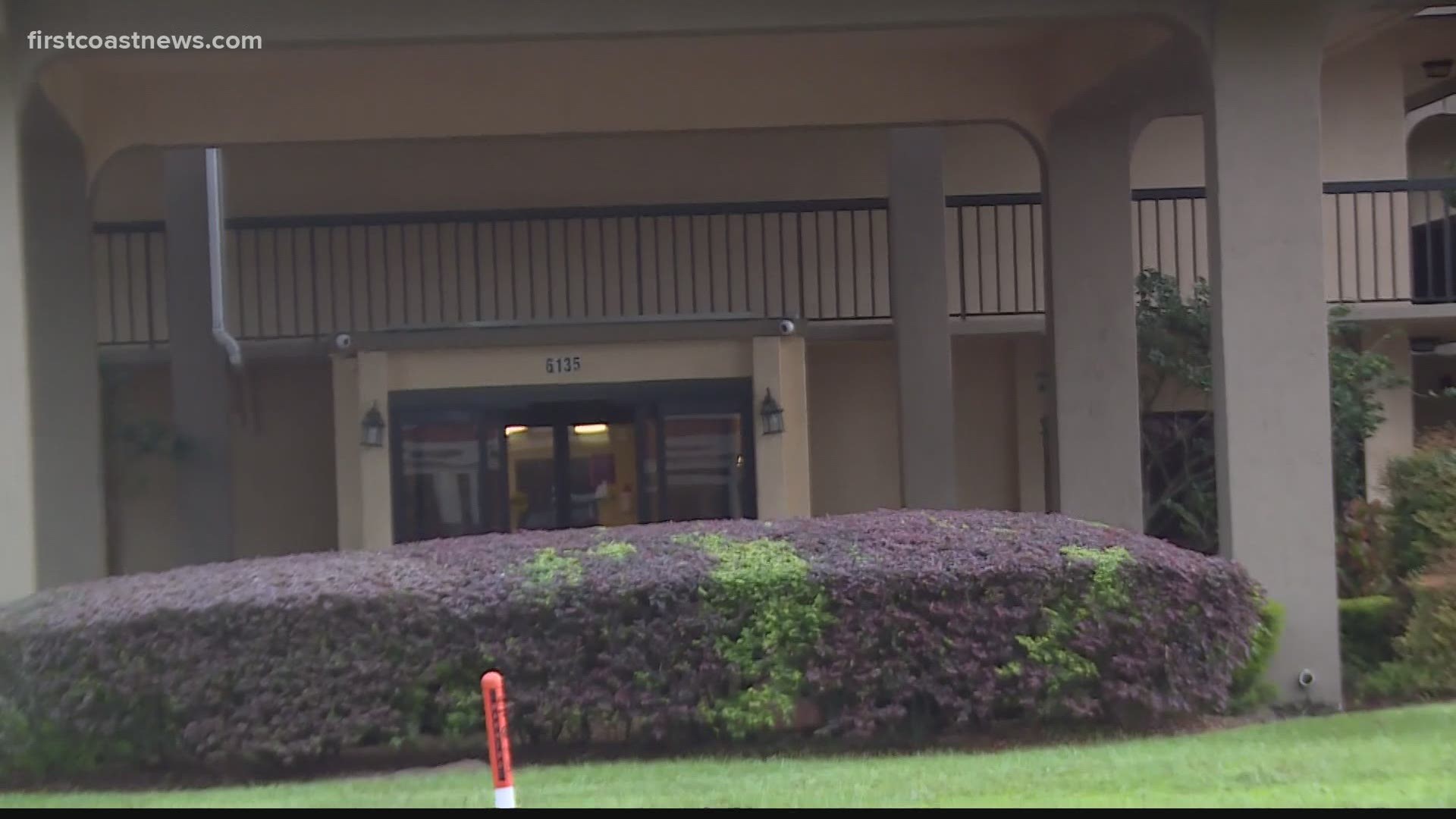 JACKSONVILLE, Fla. — The man killed in a police-involved shooting on Tuesday on Jacksonville's Westside has been identified by the Jacksonville Sheriff’s Office.

Police say Michael Leon Hughes, 32, died after being shot by officers after reportedly attacking police with a taser.

A police officer was also injured during the incident, according to JSO. He received minor injuries from the taser and a bruise on his face.

When officers arrived at 12:53 p.m., a female inside the room told police the man tried to push the door open after he left earlier when she called police. Officers also spoke with the man, Hughes, who Waters said refused to follow the officers' instructions and walked towards the back of the motel room.

The two police officers on the scene tried to take Hughes into custody for refusing to obey the officers' orders and for the earlier domestic incident, according to Waters. A fight reportedly broke out between Hughes and the officers that Waters said lasted for more than a minute.

Shortly after, the officer said, "He's going for my taser. He's got my taser."

At this point, during which Waters said the taser was cycling, one of the officers, J.H. Wing, fired his gun at Hughes. After the initial shots, the Hughes continued to come towards the officers. Wing fired more shots at the man, ending the fight, according to Waters.

“I just so happened to hear the shots on the backside of the building," a hotel manager who wished not to be named told First Coast News. "I heard five shots.”