Man chains himself to American Beach in protest of local bill

Ronald Starling is doing a "historical protest" for African American camping groups who have been camping at American Beach for decades. 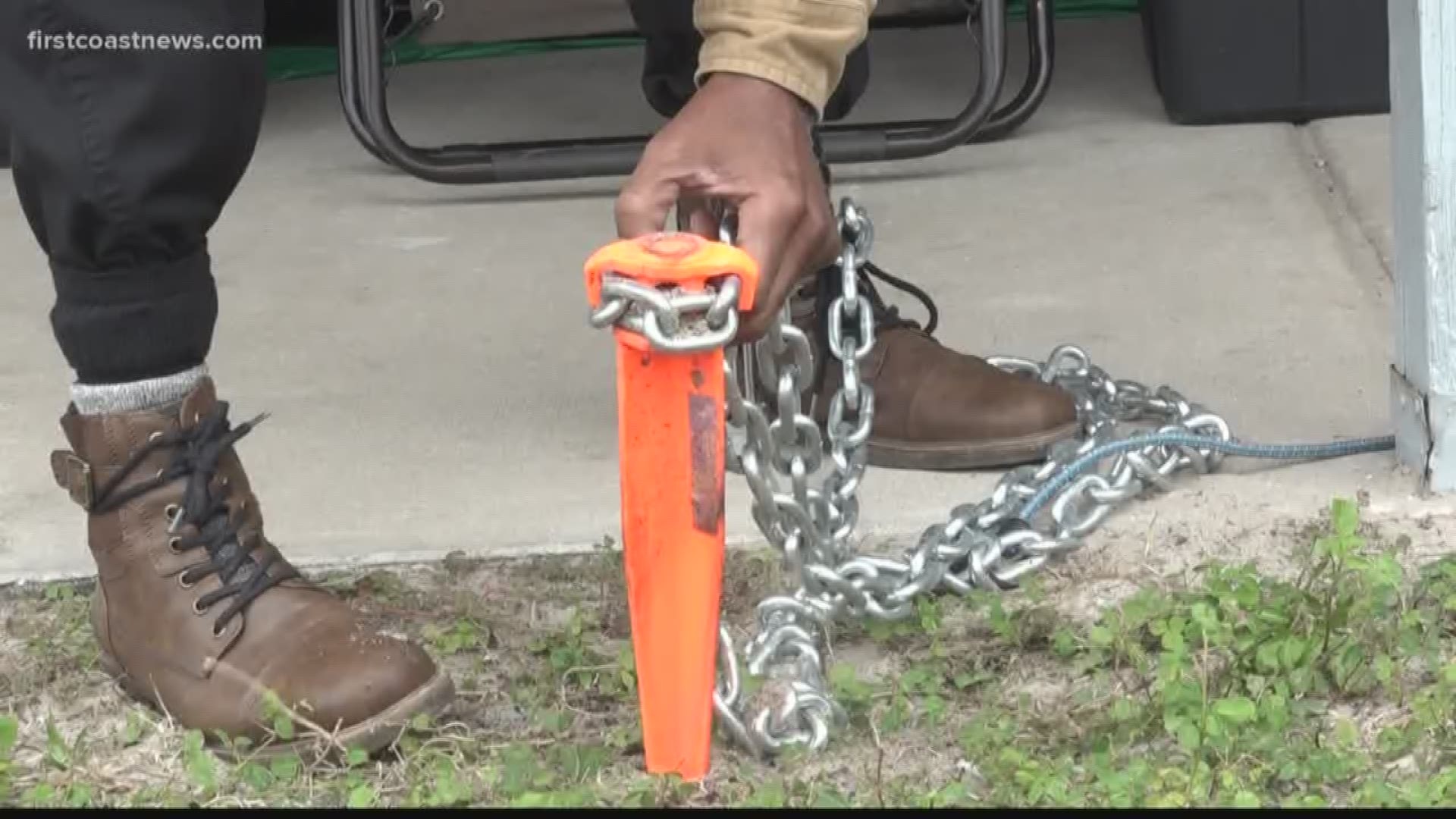 Chains are not what one usually packs for the beach, but Navy veteran Ronald Starling is making a statement.

Starling has been holding a sit-in since Monday at American Beach. He's protesting the closure of African-American camping areas at the beach, a decision made by the Nassau County Board of Commissioners.

The beach has a deep history rooted in the African American community.

“In 1935 Abraham Lincoln Lewis purchased this property out here as a haven for people of color to have a place to come for relaxation without humiliation,” Starling said.

The Nassau County Board of Commissioners is trying to privatize American Beach, limiting use to local homeowners.

But many of them don’t know about the ordinance. They’ve stopped to talk to Starling about why he’s chained up.

“I spoke to a couple of them who live out here who’ve passed by and they say ‘Really? This is getting ready to happen?'," he said.

Starling has at least one person to sit with him in protest. He or she even takes his seat when he uses the bathroom.

Starling just wants the group to keep what it has. They not only camp at American Beach, but also hold cultural, educational, and artistic events there.

“You have to hold on to your past and your history in order to know where you’re going in the future,” he said.

Starling says he isn’t trying to start a revolution.

“It’s not about race, it’s about culture and heritage," he said. "That’s what I’m here for.”

The board will make its final decisions on Nov. 18.

Starling says he will remain chained to the beach until then. Even if the board does vote the camping group out, Starling says, at least he tried.