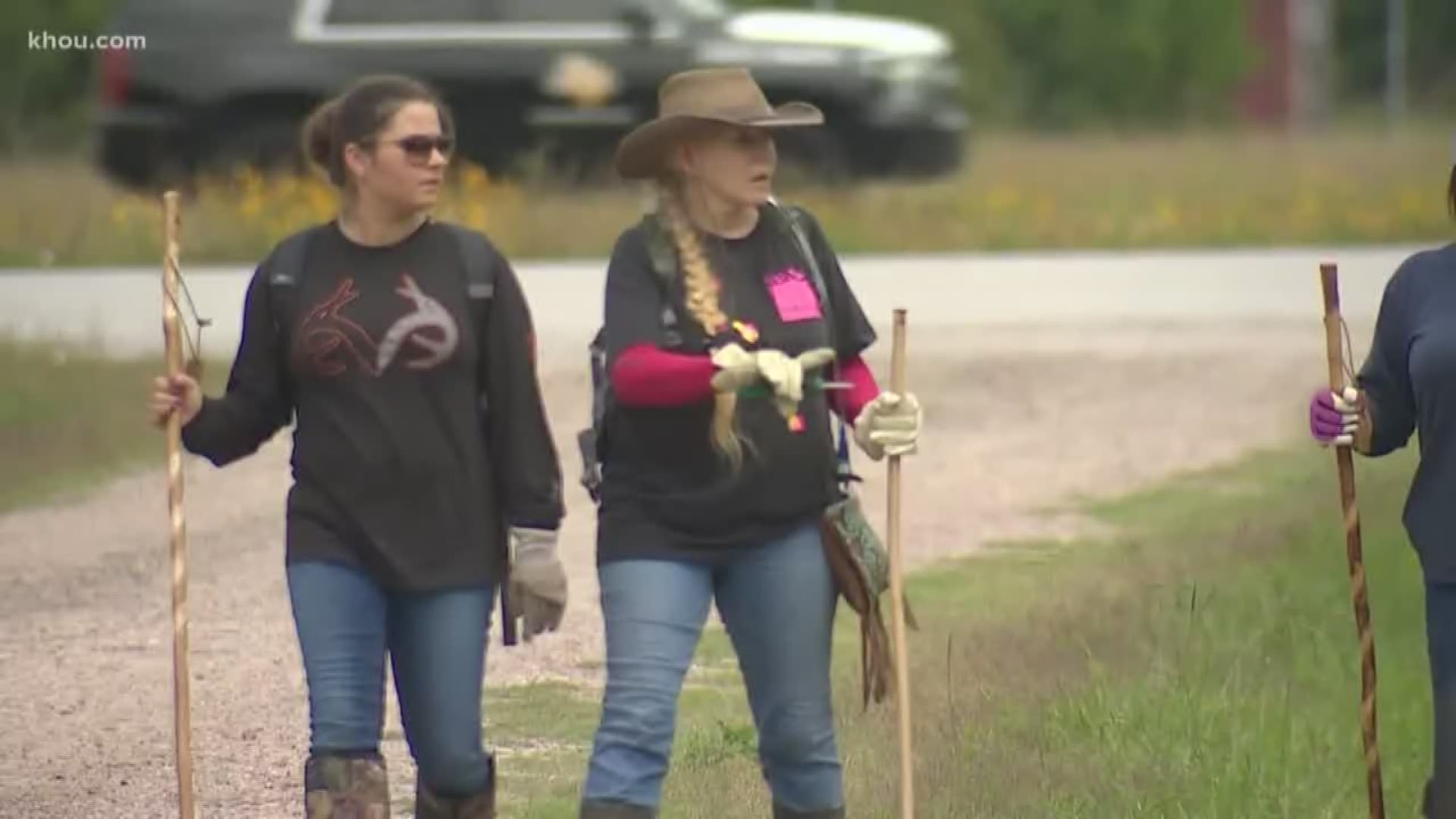 This is happening in the 12800 block of Valley Vista Drive.

Tim Miller with EquuSearch said they received a tip from the Houston Police Department to check this area.

Maleah hasn’t been seen since April 30.

Her stepfather, Derion Vence, claims she was kidnapped by three Hispanic men while on his way to Bush Intercontinental Airport to pick up Maleah’s mom, Brittany Bowens.

RELATED: Where is Maleah Davis? Timeline in the disappearance of 4-year-old Houston girl

According to court documents, blood found in Maleah’s family apartment is consisted with DNA taken from her toothbrush. The documents revealed that a chemical was sprayed in the apartment to detect blood that isn’t visible to the naked eye. The chemical reacts when a person tries to clean up the blood.

HPD detectives say in addition to blood evidence linked to Maleah being found at the apartment, Vence was also seen carrying a laundry basket from the apartment.

The laundry basket and a gas can was found in Vence’s car after it reportedly went missing the same time Maleah was allegedly abducted.

Vence was arrested Saturday, May 11 on a charge of tampering with evidence in the disappearance of Maleah.