Pepper Pyle says baby Lucille was not fazed by the storm. She says Lucille has been through her grandfather’s booming, loud concerts. 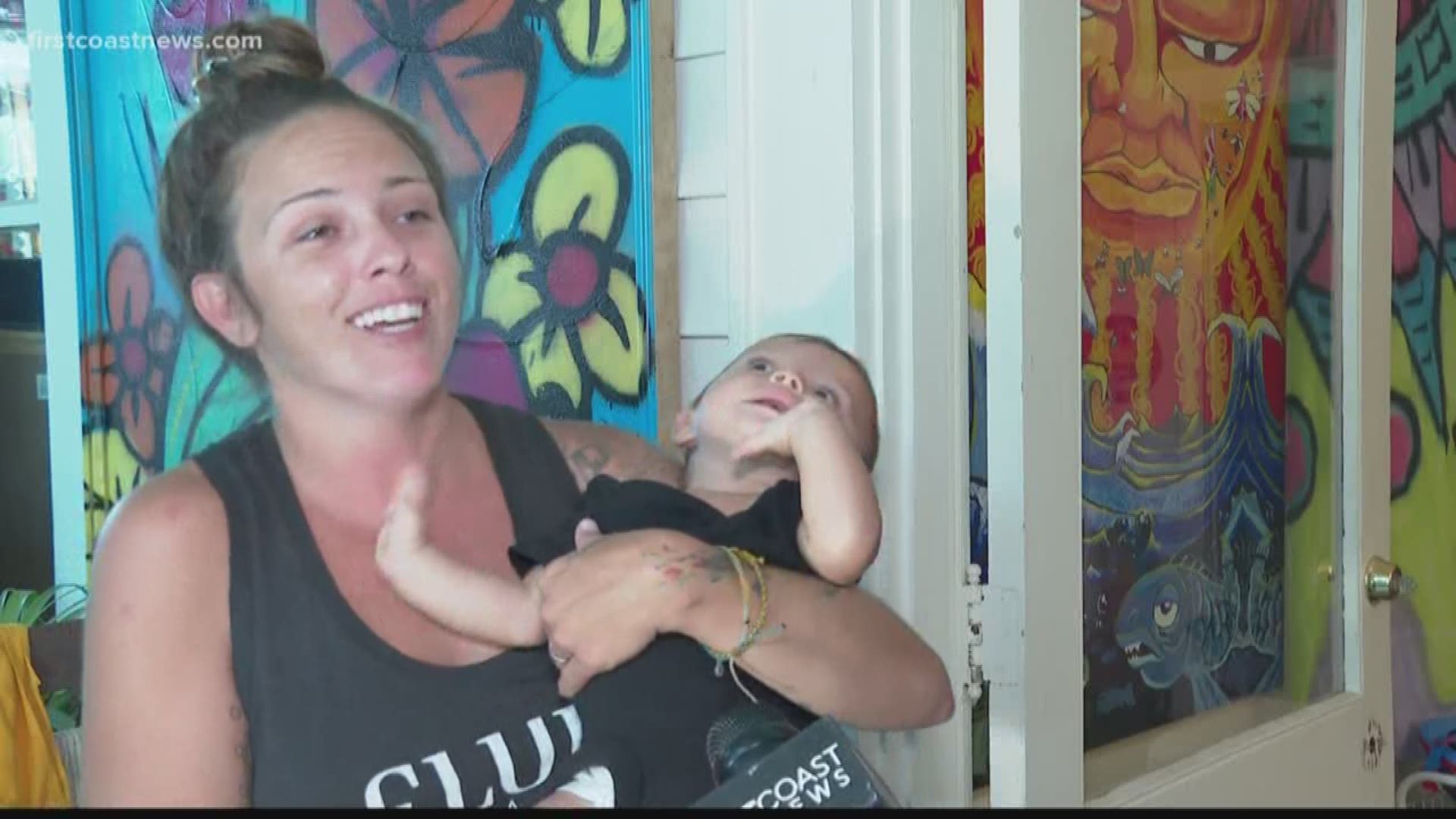 “We would usually take trash bags with skateboards, fly down the roads,” Pyle said. “And if the surf was good, we’d surf.”

After spending her whole life on the beach, Pyle decided to move to downtown St. Augustine after getting married and having her daughter Lucille.

“We had to make a plan,” Pyle said. “We had to decide if we were going to get out of Florida. My dad lives in North Carolina. We thought about taking that 7-hour trip up there.”

Pyle said her dad was protective of his new granddaughter while Dorian was on its way.

“He was definitely really nervous,” Pyle said. “He called and was like ‘Honey, what’s your plan? Are you guys coming up here?’”

Pepper says baby Lucille was not fazed by the storm. She says Lucille has been through her grandfather’s booming, loud concerts.

“She had the little headphones on,” Pyle said. “It was really cool. She definitely digs the music. She’s a music baby.”

“I think Ronnie knew in his heart, let mother nature take her course and do the best you can with what you have,” Pyle said. “Just ‘keep on blowing down the road.’”