Maureen Hatcher collapsed in her St. Augustine home Dec. 3. A clot cut off the blood flow to the right side of her brain, which meant the clock was ticking to prevent permanent brain damage. 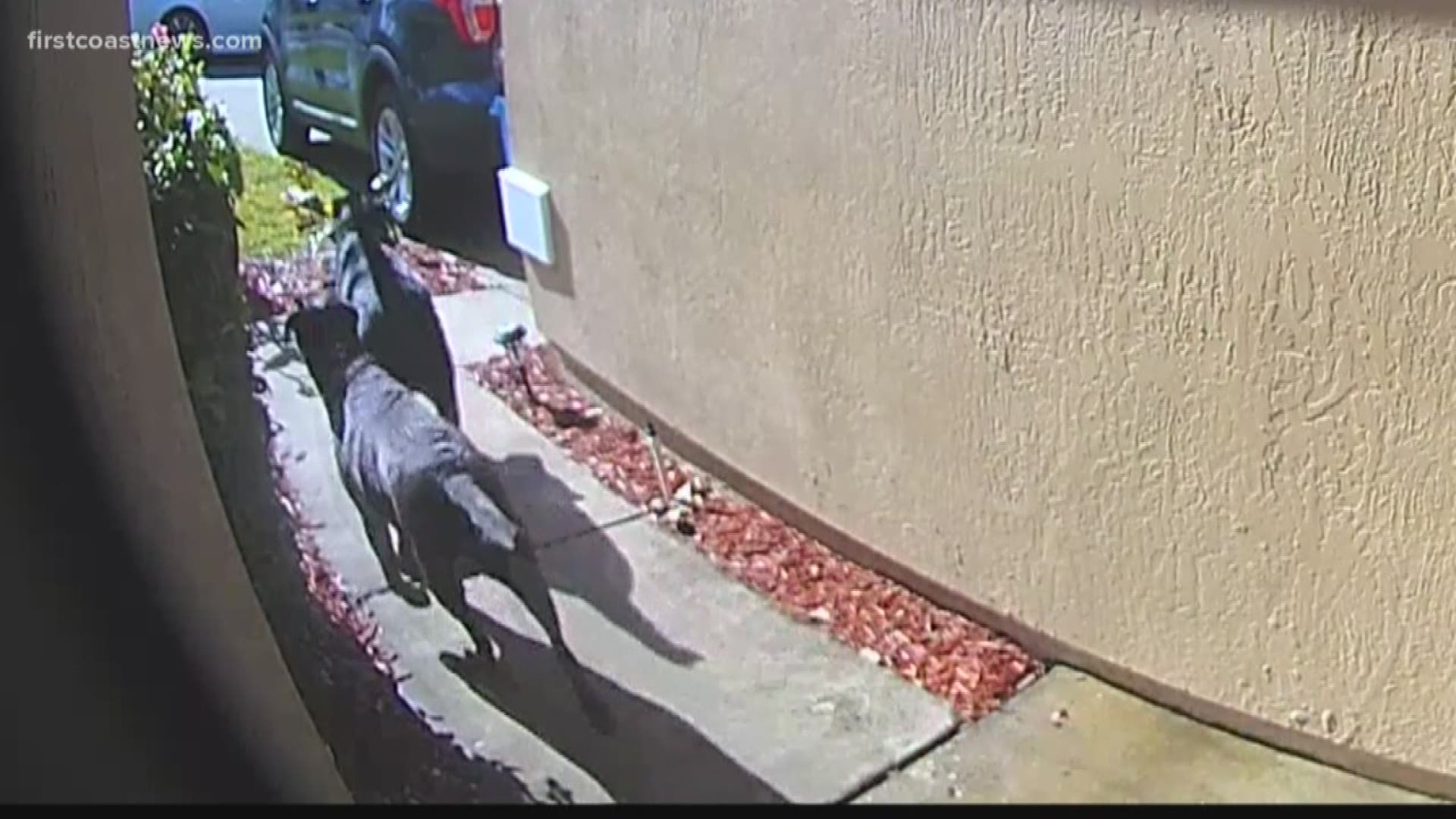 ST. AUGUSTINE, Fla. — Bella and Sadie, two loyal and adorable Labradors helped save their owner’s life after she suffered a stroke.

Maureen Hatcher collapsed in her St. Augustine home Dec. 3. A clot cut off the blood flow to the right side of her brain, which meant the clock was ticking to prevent permanent brain damage.

“I remember Sadie coming in,” Hatcher said. “I said mommy needs help and then they were gone.”

Almost as if they knew they had to act quickly, Bella and Sadie ran off.

The Ring camera on the front door caught the moment the loyal pets dashed across the street to alert a neighbor.

Moments later the neighbor arrived at the house, found Hatcher and called 911.

“When a stroke happens, time is everything,” Aghaebrahim said.

Until recently it was believed patients that had gone untreated for as long as Hatcher were out of time, but doctors successfully removed the clot through a new procedure, using dye to find the clot, cutting into hatcher’s femoral artery in her leg and maneuvering a stent retriever to remove the clot in her neck.

It’s a procedure that up until a few years ago was unheard of.

“It’s one of the highlight of our career that we’re able to help people such as Mrs. Hatcher,” Aghaebrahim said.

Hatcher said she is not sure how the dogs got out, telling First Coast News her door always locks automatically.

She believes the door must have been slightly ajar the day she suffered the stroke.

“By rights, I shouldn’t be in the shape that I’m in,” Hatcher said with Bella and Sadie sitting at her feet. “I am blessed….very blessed.”